While there are limited new sightings in California, monarchs are beginning to appear in new regions of Arizona and New Mexico this week! Now we can see a fuller picture of their movement. Although we may not know their exact origin, we can look at new monarch sightings to help us learn more about the spring migration in the West.

“No Butterflies in Havasu but we did see about five caterpillars on the milkweed. We saw them at 8 a.m. Thursday, March 28.”

“I suspect it was a male but not seen close enough to be absolutely sure. One Monarch seen going by at the promontory Point NW of the Pass. It was about 60 feet away. I saw the Monarch by the south side of the small ridge at north end of parking area. It definitely was NOT a Queen. It was seen March 29th, Friday.”

Lynn Krabbe and Bruce Kilbride created a monarch habitat in Sun City, Arizona. They spotted their first monarch of 2019 on March 23.

“The monarch was flying quickly about a yard off the ground, mostly by an Asclepias subulata. It also flew around the blooming Brittlebush.”

On the same day, the Central Arizona Butterfly Association (CAzBA) took a field trip to Sycamore Creek near Sunflower. As everyone hiked along Lower Sycamore Creek, they mentioned that we never see monarchs in this area in the spring. Later after stopping for lunch along Upper Sycamore Creek, Marceline Vandewater found one!

“Just after lunch at the Forest Service work camp Saturday, there was a fresh monarch sailing past us!”

First sightings of monarchs were streaming in throughout Southeastern Arizona and New Mexico this week as well. One was a female monarch on a milkweed barely breaking ground! Ann Swift spotted two monarchs on March 25 and then two days later found another worn monarch at Cave Creek Canyon near Portal, Arizona. This time she was lucky to catch a picture!

“Sighted two monarchs both in less than fair condition. They had faded wings with some damage. Unable to tell gender.”

“We were going to get gas on Route 9 going west to east. The monarch crossed in front of me heading north.”

Bob Barber also spotted a monarch near Alamogordo, New Mexico on March 29, but this one looked new.

Further West in Hereford, Arizona on the same day near the San Pedro River, Denise Gibbs was enjoying a hummingbird banding event at the San Pedro House. Then she looked up!

“A monarch was flying about 12 feet off the ground, heading NW! The monarch flew over (us) during a hummingbird banding program at the Casa de San Pedro.”

Where are these monarchs migrating from?

Most sightings are faded, worn monarchs, but a few are in newer condition. When we add our monarch sightings from the West to the Journey North maps, we can now see monarchs moving north across the entire United States!

Cooler weather in the forecast in the West for a few days may limit monarch movement to the higher elevations this week. Be sure to report your sightings so we can see where they fly next! 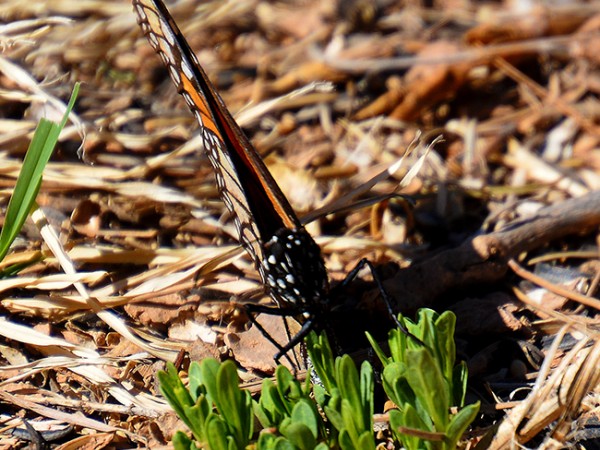 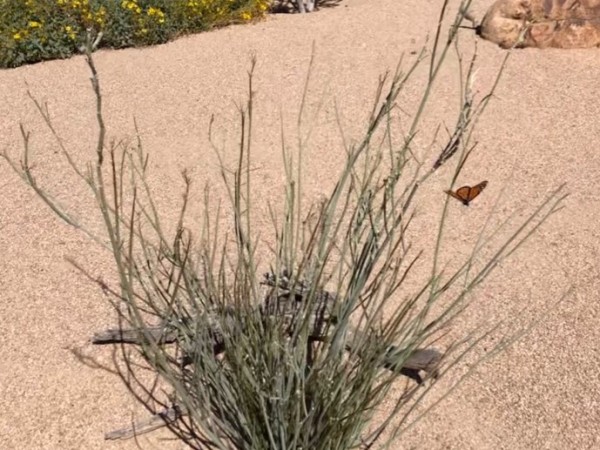 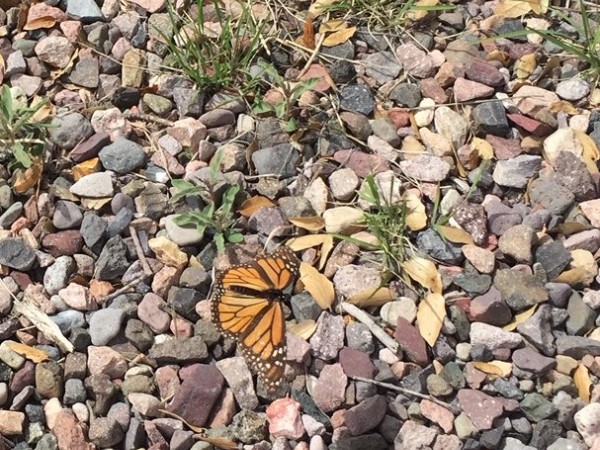