Citizen scientists are now reporting eggs and larvae as monarchs move further inland across California. Early emerging milkweeds are playing an important role as monarchs disperse across the state. Rain graced the California coast this week, recharging milkweed and flowers along the migration route.

A sample of reports to Journey North this week:

On March 29, Bob found his first monarch of the year in Escalon, California. “It was fluttering around the area of some narrow leaf milkweed. Then flew away to the north.” On the same day, Nancy in Napa, California, also saw her FOY monarch. “Observed one monarch butterfly in backyard.”

Annalena saw one monarch in Aptos, California on March 30. “Just saw one today. She comes into the backyard and lays eggs on the Milkweed. I have yet seen any baby caterpillars [sic]. She may not be fertile.”

Joyce in Mountain View, California, found monarch eggs for the first time on March 20. “Discovered our first eggs today in our garden! Five total, one per small emerging plant.”

Tami found a monarch caterpillar in Rosemead, California. “This fatty literally appeared on my outdoor table and I’m completely mystified by his size & what he has been eating. I have alot of milkweed but its just coming up.”

Several expert panels of monarch scientists have noted a probable cause for the population decline in western monarchs.  A “phenological mismatch” in California means that monarchs are leaving overwintering sites earlier due to global warming, which is before most native milkweeds have emerged. A notable exception is California milkweed (Asclepias californica – ASCA3) which starts growing with the onset of the winter rainy season and is one of the few native milkweeds available when monarchs depart their overwintering areas. Unfortunately, this uncommon species is rarely grown in nurseries and seeds are almost impossible to find.

Following the First Western Monarch Summit in Carmel, CA in January 2020, Hillary Sardinas and I found we had a common interest in learning more about California milkweed. We formulated a plan to study this neglected milkweed by locating plants, collecting seeds, and distributing them to native plant nurseries to increase plantings. At the same time, we wanted to document the phenology of California milkweed across its range: when does it emerge, flower, and set fruit?

Another critical question was how much of this milkweed is actually used for egg laying by early season monarchs. In a 1984 article, monarch expert Lincoln Brower stated that ‘Owing to its early appearance, large size, and abundance, A. californica may well be the most important milkweed for monarchs in establishing their spring generation in the western U.S.’  Contrast that statement to an unpublished study by Anurag Agrawal who concluded that California milkweed ranked poorly in monarch use compared to other native California milkweeds due to the dense leaf trichomes which hinder feeding by early instar monarch caterpillars (Figure 1).

A recent flurry of observations by dedicated monarch advocates have helped to provide an answer to those questions. California milkweed does emerge as early as mid-January as evidenced by Ron Allen’s photos from Mariposa & Madera counties (Figures 2 & 3). As for the palatability of California milkweed to monarch caterpillars, observations from Mt. Diablo in the Bay Area and in Mariposa County (Figures 4 & 5) have confirmed that it is definitely used by caterpillars, and their size and obvious health show that it is nutritious.

These caterpillars will metamorphose into first generation monarchs which will migrate north and east and hopefully lay eggs which will translate into many monarchs in subsequent generations. 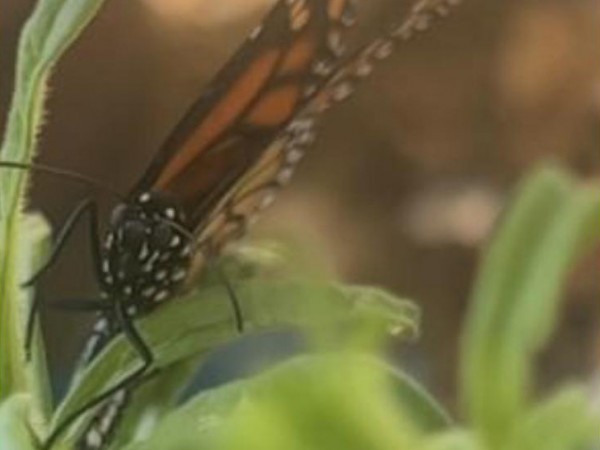 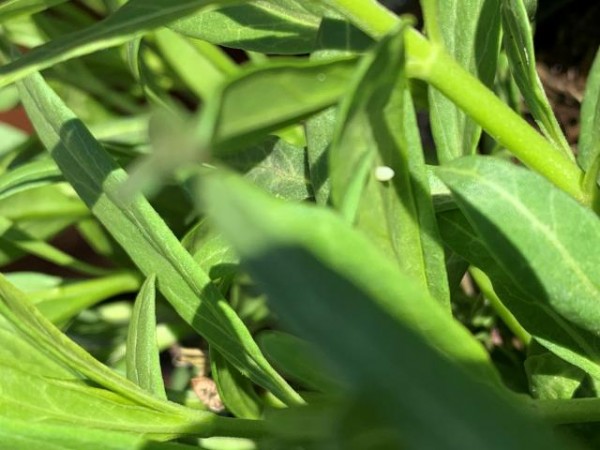 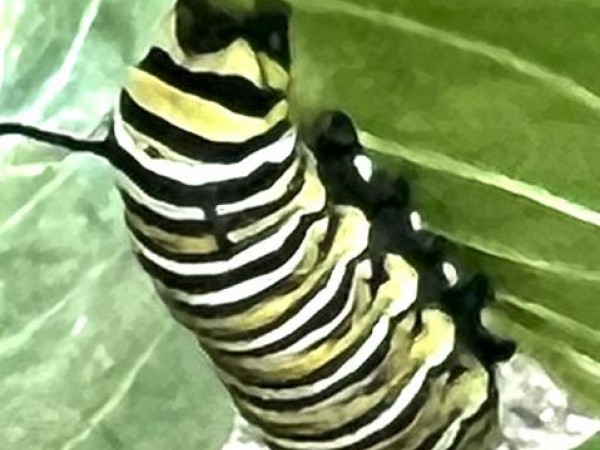 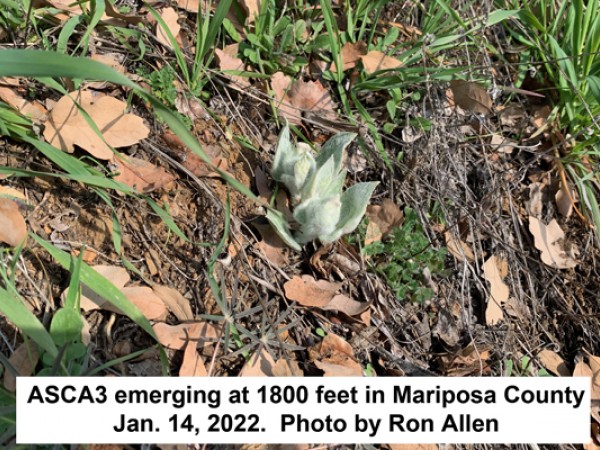 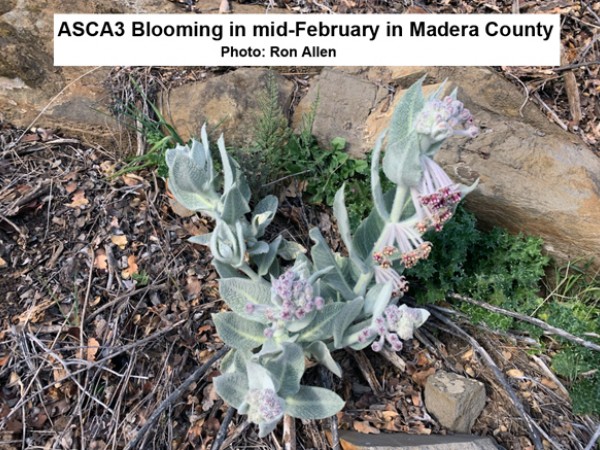 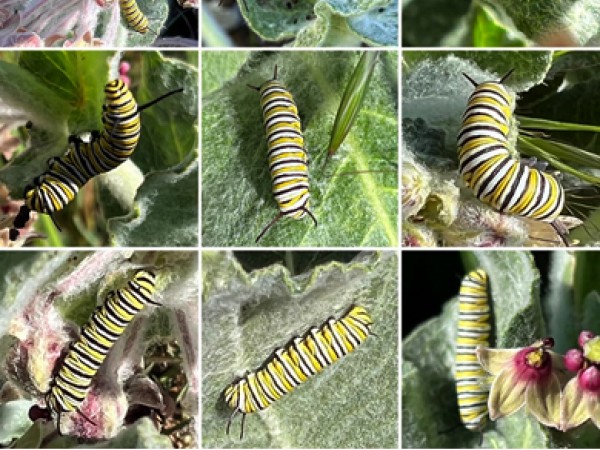 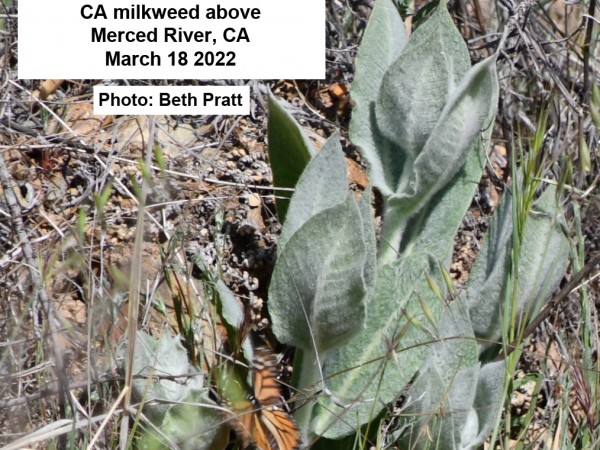