While the number of new sightings of monarchs in California continued to remain low this week, monarch sightings exploded in Arizona and New Mexico as they began leaving the lower deserts! Monarch watchers across these regions were surprised as monarchs suddenly began to pop up in the middle and higher terrains in both states. But their journey isn’t easy as a major drought reaches across the region making their search for milkweed and nectar resources to fuel their flight a challenge. See current Drought Map.

Elvira in Huntington Beach saw several monarchs on April 9. “1 female & other unknown. Female has been flying alone all morning. As I post this I see 2 flying together.

In Arizona monarchs expanded their range to everyone’s delight. All of the first of year sightings of monarchs have been near creeks or rivers this week. The severe drought in the region evidenced by very little winter rain has limited monarchs and other pollinators to following creeks and rivers where moisture is more abundant with life-giving nectar and milkweed resources.

Kate spotted one monarch in Phoenix on April 4. “Flying north. Rested briefly (less than one minute) on flowering pyracantha bush (no nectaring). Not sure if it was male or female. Condition looked good. Continued flying north after resting.”

Tina reported her first of year monarch in Camp Verde, a major leap to the north from earlier sightings near Phoenix. “This is not a great photo, but this Monarch was in my lilac bushes in Camp Verde for about half an hour on April 5.”

Ron was walking the property at The Nature Conservancy at Muleshoe Ranch just north of Willcox when he spotted his first monarch of Spring at 5 p.m. on April 7 in a nearby wash.

Boyce Thompson Arboretum in Superior reported their first monarch of the season on April 9 in the Pollinator Garden right near Queen Creek. You can see their excitement in their Facebook post.

On April 5 Hira noted a monarch in Albuquerque. “One adult monarch was seen at 6:30 pm feeding from cherry blossoms in my backyard in windy conditions.”

Several monarchs around the state were spotted on April 7.

Gayle in Las Cruces saw one monarch “In coyote willow on banks of Rio Grande. No water in the river yet.”

Meanwhile Marghie found three monarchs in Glenwood. “First just one, fluttering by, but later in the day I saw two together in a different yard.”

At first Judith wasn’t sure what she was seeing on April 8 in Taos. “Yesterday in a windstorm I noticed a small dark shape toward the top of a blue spruce silhouetted against the sky. It was triangular and resembled a butterfly wing. With the telephoto on my camera, I got the photo and also confirmed it was a monarch just by eyesight. So early and so exciting!!

Your reports can help everyone know the “status of the breeding habitat” where you live. Don’t forget to report milkweeds up, flowers in bloom (remember, monarchs may lay eggs on milkweed before they flower so nectar resources are important and any monarchs you may be lucky enough to see! Do their wings look fresh and new or worn? A photo from your phone or camera can help us all see the progress early monarchs are now making in the spring migration. Warm weather and southerly winds can help monarchs move into your area! Be sure to watch https://www.windy.com frequently to see when winds favor monarch movement in your area. 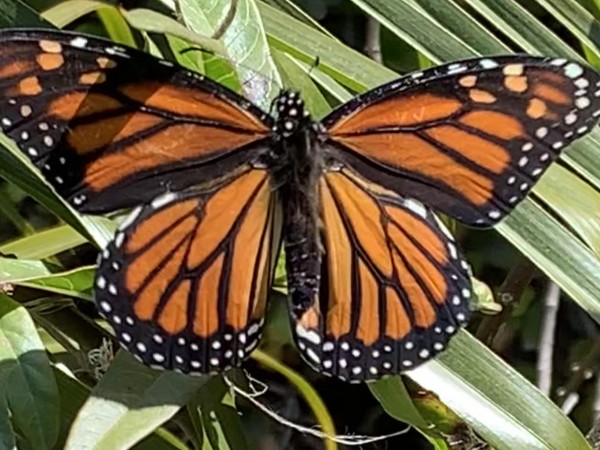 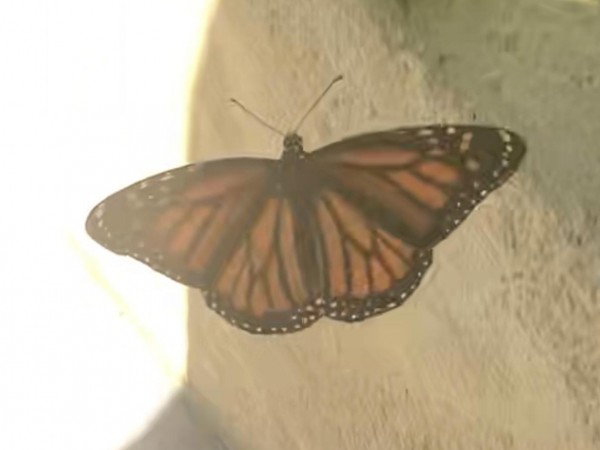 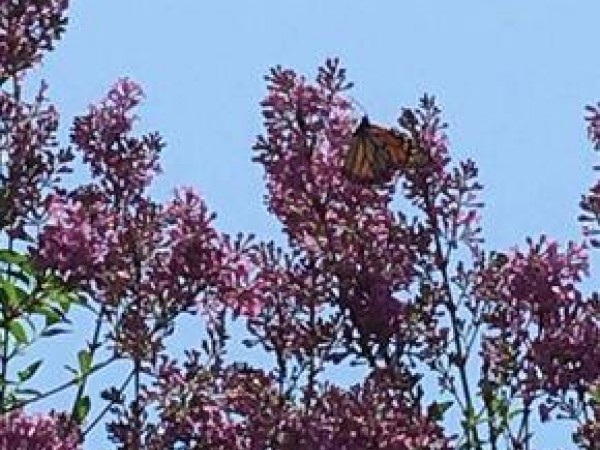 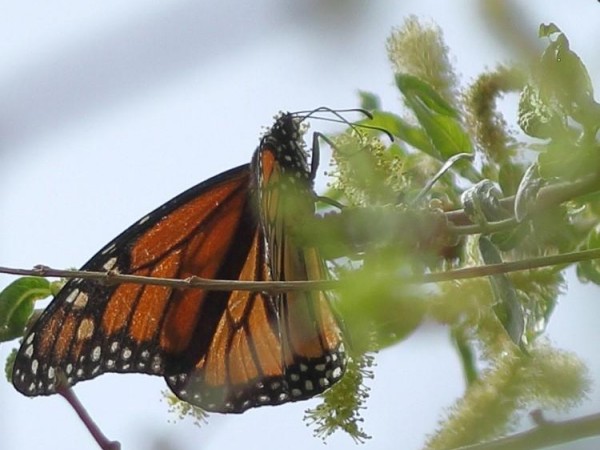 Monarch on the Agua Fria 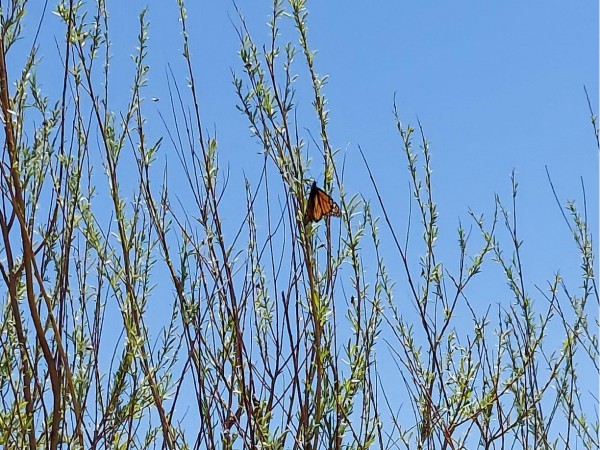 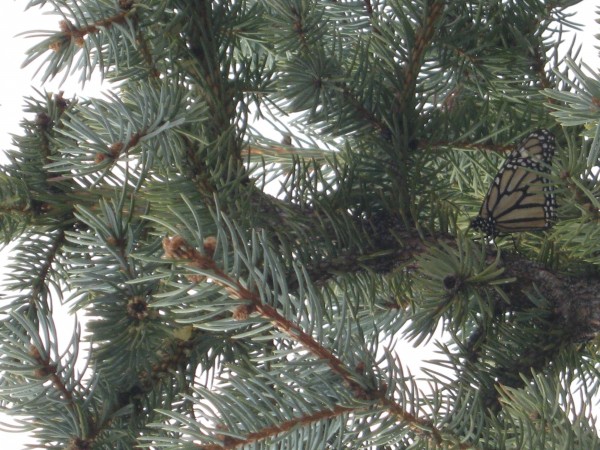