A cold Spring storm system barreled through the West earlier this week with blustery winds over 45 miles per hour roaring through the range! Within 24 hours temperatures in some locations plummeted over 20 degrees, halting monarch movement further north. Most new first sightings stayed south in Arizona with just slight northward movement in New Mexico before the cold front swept through. California and Nevada had no new monarch sightings reported.

It’s All About Elevation

Take a few moments and visit the Journey North Maps. Zoom in the map to the Southwest states. Unlike many areas East of the Rockies, you’ll notice a lot of the West is riddled with mountain ranges and plateaus with higher elevations. This week, monarchs moved north into Albuquerque, New Mexico at 5,300 feet elevation, but all other new reports were below 4,300 feet. Usually by this time of year there has been at least one early monarch sighting in Flagstaff, Arizona at 6,909 feet elevation. Instead the storm dusted Flagstaff with snow this past week!

For every increase of 1,000 feet in elevation, the temperature drops approximately 3.5 degrees Fahrenheit. Can you see why monarchs are staying further south in the West? Warmer temperatures in the South and abundant milkweed and flowers from above average rains during the winter can help the monarch population. But there is a danger, too, if temperatures rise too quickly before monarchs can expand further north. Temperatures can reach 100 degrees in May in the desert regions so we will all be watching where monarchs are reported next.

Once again, worn and faded monarchs were reported this week. This year the McDowell Sonoran Preserve in Scottsdale, Arizona, held their annual Spring Butterfly Count on April 6th. John Weser spotted a monarch at Brown’s Ranch.

“I am 100% certain of the ID.  The butterfly was initially spotted approaching our group and flew within several feet above my face.  I only had time to look up for a quick glance but saw several features: 1) it was very large; 2) strong flying; 3) no black line on hind wing; 4) worn wings. It was flying approximately from the West in generally a northeastward direction.”

Stephanie Dzur was surprised when she looked in her backyard in Albuquerque, New Mexico, on April 8!

“Today, 4:00 to 4:15, 70 degrees, slight breeze, a few clouds.  Monarch oviposting on horsetail milkweed in my back yard.  I don’t know how long she has been out there I just got home, went out to look at my garden and got a surprise! By far the earliest I’ve ever seen a monarch.  The milkweed is only a few inches tall, but there is lots of it and it is coming in fast.”

“(We saw) our first Monarch this year!  It spent several hours in my garden yesterday.  I only saw it land on just-emerging Asclepias angustifolia.  We will keep checking the plants for eggs and caterpillars because it looked like it may be laying eggs.”

The Central Arizona Butterfly Association had a field trip to Rackensack Wash on Saturday, April 13. Laura Miller, Jesse, Marilou and Ariel were lagging behind everyone at the end of the hike when an orange butterfly caught Ariel’s eye.

“Ariel found this at Rackensack Canyon today while on the CAZBA walk. It was fluttering around a sycamore tree and finally landed.”

Temperatures will warm up this week and we are all hopeful for more movement in the West. Will we hear of more worn monarch sightings or will more larvae, pupae or even fresh and new monarchs begin to appear? Or will we instead see a lull in sightings as this older generation of monarchs reach the end of their lives leaving a stream of eggs along their path? 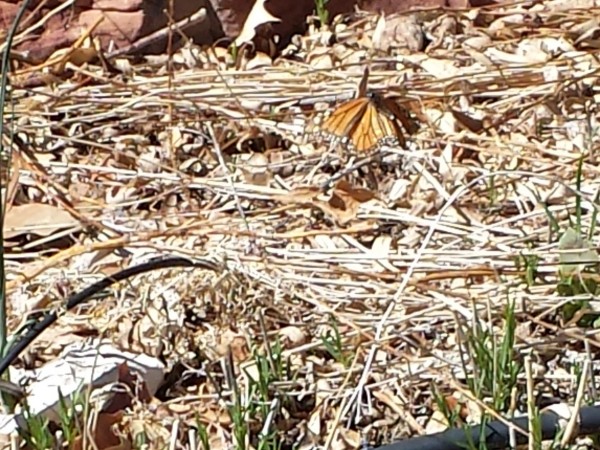 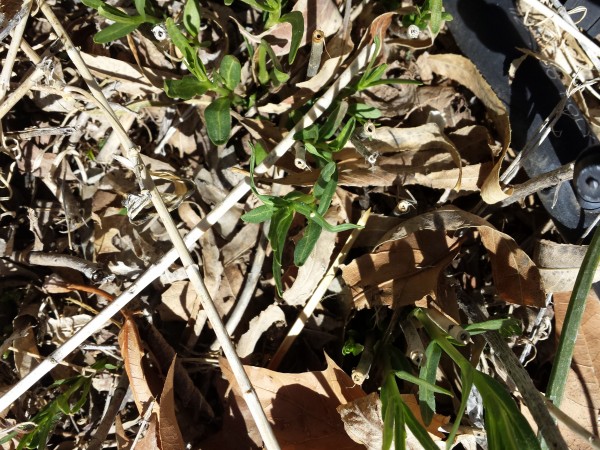 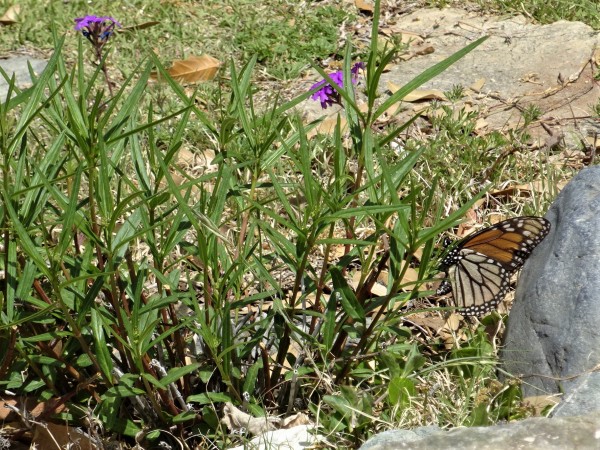 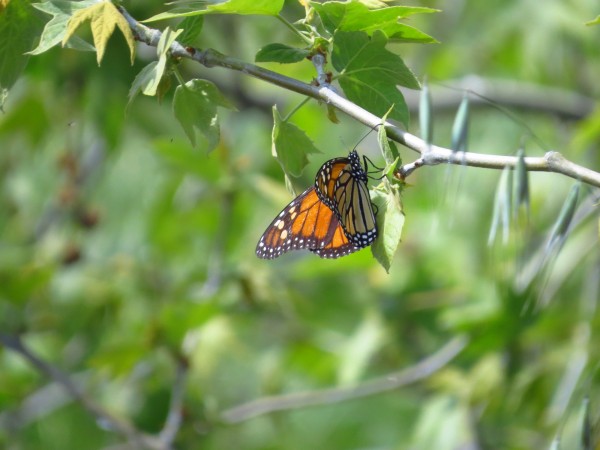 A Monarch in Rackensack Canyon, AZ 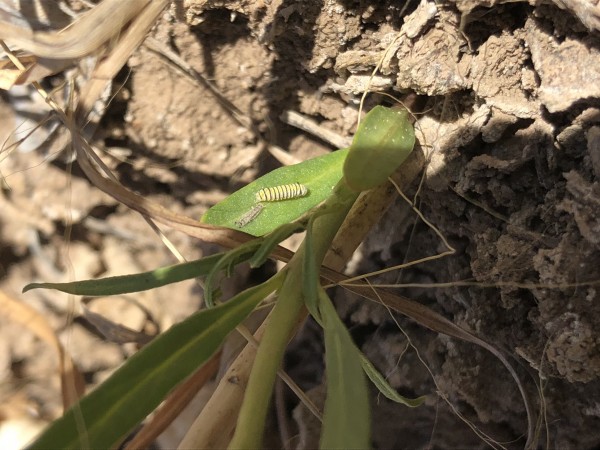