It’s exciting to see monarchs moving into Nevada this week with a new sighting in the desert Las Vegas. As they move towards their summer breeding areas, milkweed is emerging ahead of their travels now in Idaho after Utah reported milkweed up recently. After a slowdown in observations, more fresh and new looking monarchs are now emerging, heralding a new generation, an important harbinger of this year’s monarch population in the West. Keep your eyes open!

On April 17 Lindsey in Sacramento saw her first monarch of the season. “Sighted at 17:05.”

Joyce saw 17 monarchs in Mountain View on April 17! “At the Google campus we saw (17) monarch butterflies. Roughly half appeared worn and older and the rest dark, bright and young. Most were flying happily amongst the milkweeds and wildflowers, landing only briefly to nectar. Most were flying alone but others in groups of 2-4 possible defending their territory.”

Several areas were reporting first sightings for this year:

Chelsea in Berkley sent a photo of a monarch visiting on April 17.  “One monarch seen.”

On April 19, Lauren, in Mission Viejo saw two in her first sighting! “They flew over my yard.”

On April 21 Randy in Long Beach reported “First one seen in awhile. Milkweed is full in bloom and indoubtedly [sic] attracted the Monarch.”

Monarchs crossed into Nevada this week as well, a major hurdle over the mountains. James in Las Vegas on April 25 spotted her first monarch of spring, “single monarch, attracted to our onion flour blooms. Ignored the lavender.”

Sheila in Tucson reported a monarch on April 24. “One adult mid-afternoon. Hoping to see more in the next 2-3 weeks.”

Meanwhile I continued to see one to two monarchs visiting our yard every day spending the day nectaring and circling the milkweed and flowers in bloom.

Milkweed is now up in Idaho! The first sighting of milkweed in Idaho appeared on April 21. Eileen in Boise reported, “showy.”

Milkweed is breaking ground as the hope for monarchs visiting this area is right around the corner.

The lower deserts will break 100°F this weekend, likely encouraging monarchs to continue north and east to cooler locations.  Be sure to take your camera or phone along on your neighborhood stroll or hike and tell us what you see. Your reports can help everyone know the “status of the breeding habitat” where you live. Don’t forget to report milkweeds up, flowers in bloom and any monarchs you may be lucky enough to see! Remember, monarchs may lay eggs on milkweed before they flower so nectar resources are important. A photo from your phone or camera can help us all see the progress early monarchs are now making in the spring migration. Warm weather and southerly winds can help monarchs move into your area! Be sure to watch https://www.windy.com frequently to see when winds favor monarch movement in your area. Where will monarchs fly this week? 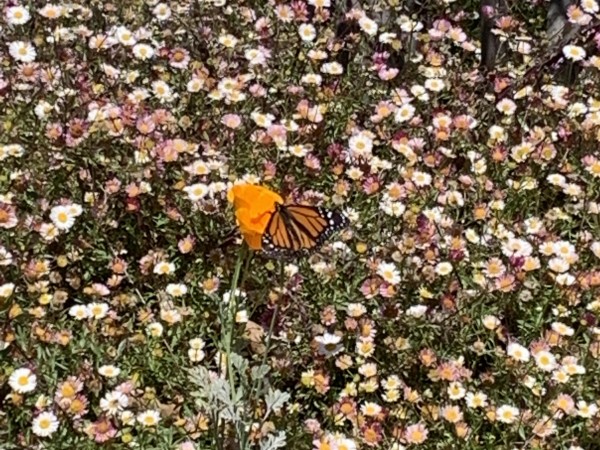 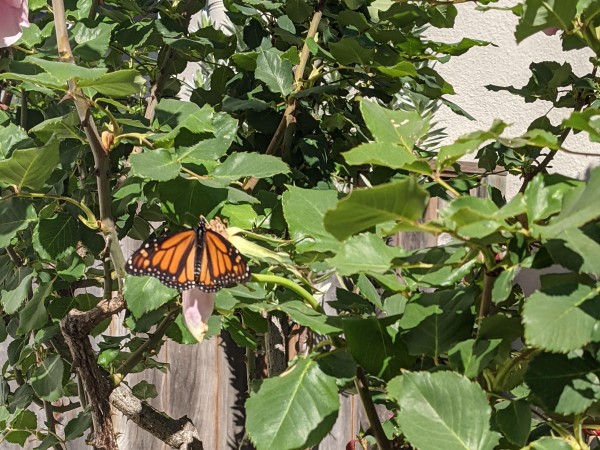 One Seen in Berkeley 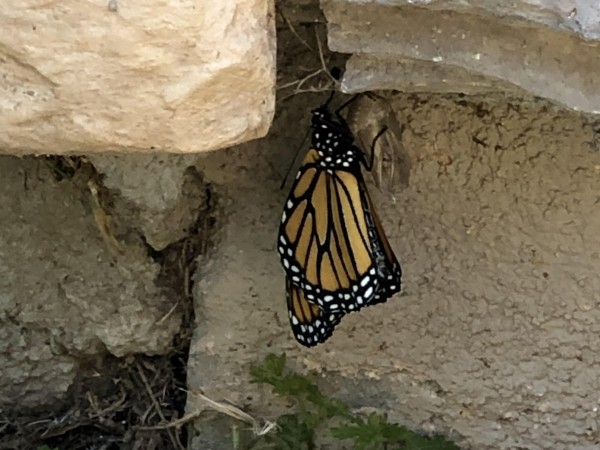