Temperatures are heating up in California and Arizona and this week monarchs are expanding their range into the middle elevations of Arizona for the first time this Spring! Monarchs are still being reported along coastal California and the lower deserts of Arizona while milkweed is beginning to emerge in the northern regions of the West.

Every March monarchs are reported heading north along the Colorado River. Within a few weeks there are new sightings in the middle elevations of Arizona as monarchs spread east and north near Las Vegas, Nevada. Last year very few monarchs were seen in these traditional early sighting locations. This year we held our breath wondering if any monarchs would appear. They did!

David found the first monarch of the season in Prescott, Arizona, on April 25. This was a major milestone as monarchs left the lower deserts where temperatures soared to 100 degrees for the first time this week. They are heading towards the higher elevations of the state where it is cooler. This male was worn but active! “I had to wait quite a while for it to stop flying in order to photograph. Approximate elevation: 5580 Ft. (1701 meters.) Weather was clear, calm and warm.” Where do you think this worn monarch came from? California, Baja California, southern deserts or somewhere else?

Another interesting sighting was submitted by C.J. who saw a monarch along Mesilla Dam on the Rio Grande not far from Las Curces, NM.

Keep an eye out for monarchs visiting fruit trees in bloom this time of year! Susan found a monarch in her yard in Glendora, California on April 27. “1 butterfly nectaring in my peach tree.”

Milkweed is up and ready in Albuquerque, New Mexico! Paul reported that Showy Milkweed, A. speciosa, is waiting for monarchs to arrive on April 24.

We are entering an exciting time when fresh and new monarchs begin to appear soon as they emerge from pupae hidden in nearby milkweed thickets. Keep your camera with you on your walks and let us know what you see. Snap a photo of new milkweed or milkweed in bloom and of course any monarchs, eggs, larvae or pupae you are lucky to find. Monarchs will now quickly move north and east into the summer breeding grounds laying eggs hopefully in your neighborhood as they pass through. Warm temperatures in the forecast will hastening their Spring travels.

Every monarch you see – whether an adult, egg, larvae or pupae – is important to report and we look forward to reading the observations that you send to Journey North this season! Are native milkweeds up and ready for monarchs where you live? Are native milkweeds blooming? Send in your photos! 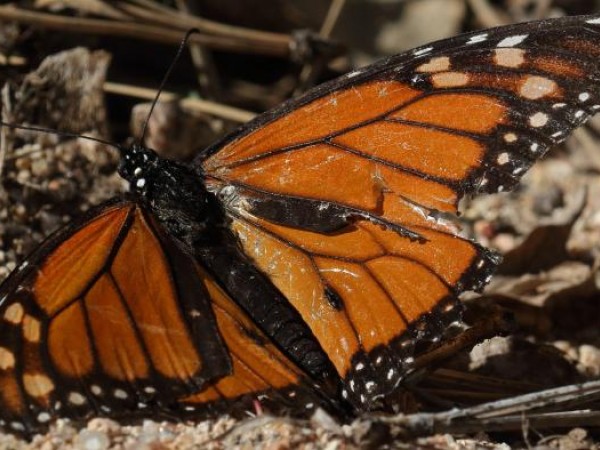 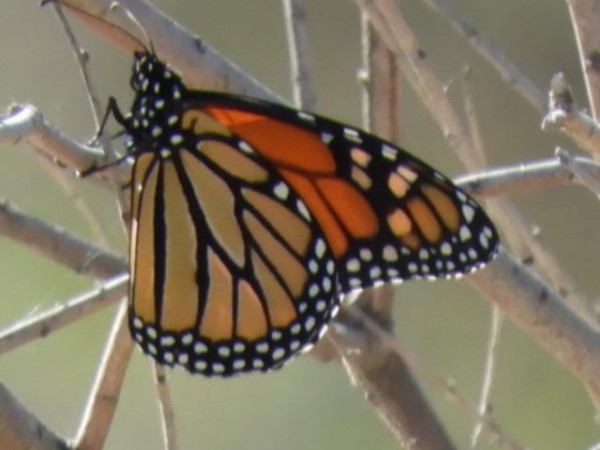 Along the Rio Grande 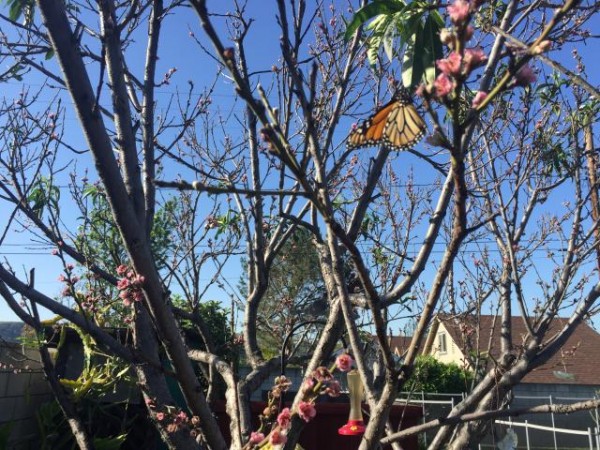 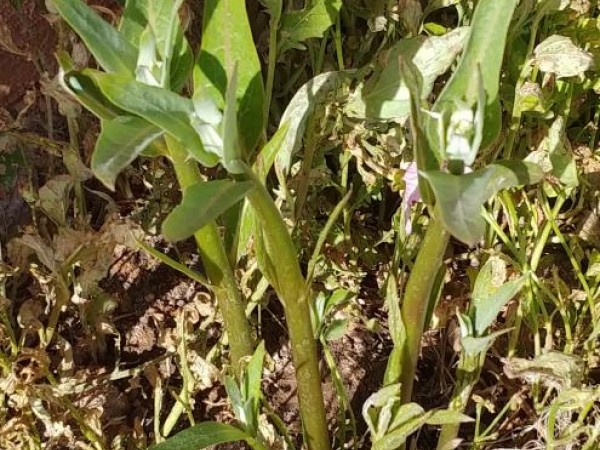