Monarch sightings increased in Southern California but the number of sightings remained limited across the rest of the West. This lull in new reports is a harbinger of the season when most overwintering monarchs reach the end of their lives but their progeny litter milkweeds along their flight route with eggs, larvae and pupae. Brilliant, new monarchs will soon flood the air as the first generation ecloses, multiplying the monarch population as they continue to their summer breeding grounds.

Monarchs reached their farthest northern latitude this week appearing in Mack, Colorado, approximately 100 miles south of Dinosaur National Monument in Utah. Here is a sample of sightings reported to Journey North this week.

Paul in Mack, Colorado, on April 21 reported one monarch. “I was plowing a field midday. An adult monarch attempted to fly into the cab of my tractor. The wings were very fresh, not tattered. The Monarch was on a northerly flight. Whorl milkweed is beginning to grow.”

Barry saw 2 monarchs on April 23 in Rancho Mirage, California. “Many A. subulata in the garden but didn’t see any larvae.”

Mike in Richmond, California, saw his first monarch of the season on April 26. “930-sunny, slight breeze from the west, 59*.”

Jennifer in Henderson, Nevada, saw her first monarch of the season on April 27. “Very breezy day and Monarch moved quickly along before I could attempt a picture.”

On April 27, Margie saw two monarchs in Pasadena, California. “I saw this one this morning, and I know another one eclosed today because the empty chrysalis was there and I saw it fly away.”

On April 27, Graeme in Glendora, California, found one monarch. “Landed on a camphor tree in my backyard. Butterfly bushes have begun to bloom as well. Planted narrow leaf milkweed from seed in February close-by as well, which are currently only 3”-4” tall. Spotted late afternoon - early evening on a clear day with temperature being around the mid 70s.”

Deena in Escondido, California, spotted her first monarch of the season on April 30. “Saw an adult monarch butterfly flying around our home.”

Take a few moments to look at the Adult Monarch link to see the monarch movement north across the country.

Putting the maps in motion you can see their motion north and east across the country. Soon they will be reaching their summer breeding grounds where the population will hopefully multiply.

Zoom in on the maps and you can have an idea of where monarchs may fly in the coming month, depending on temperature and wind. We will look forward to your reports to see where monarchs appear next. Is milkweed up your way? Be sure to snap a photo and report, too. Your observations help everyone know if monarchs are outrunning the milkweed or if it is up and waiting.

If you are lucky enough to see monarchs on their Spring Migration, be sure to report them to Journey North—whether they are adults or eggs or larvae. Provide as much information as you can such as weather conditions (it’s okay to estimate). Your detailed description of what you see can include, but is not limited to, the monarch’s gender and activity and, if known, the type of flowers if they are nectaring. If you can, observe the condition of the wings—fresh and new or worn and tattered or something in between. This helps us learn more about monarch age and survival. We realize it isn’t always possible, but please take a photo if you can. Thanks so much for your help. 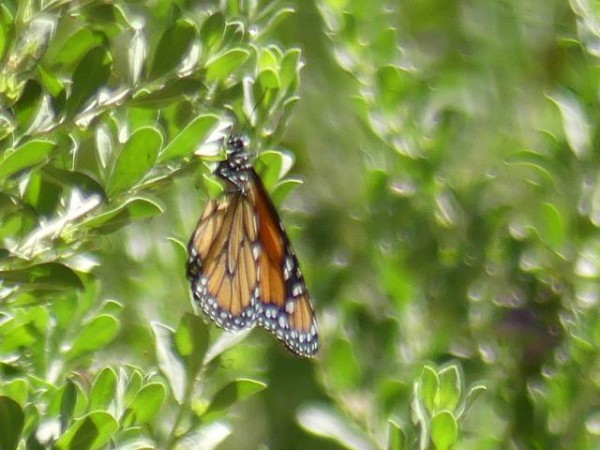 Adults but No Larvae 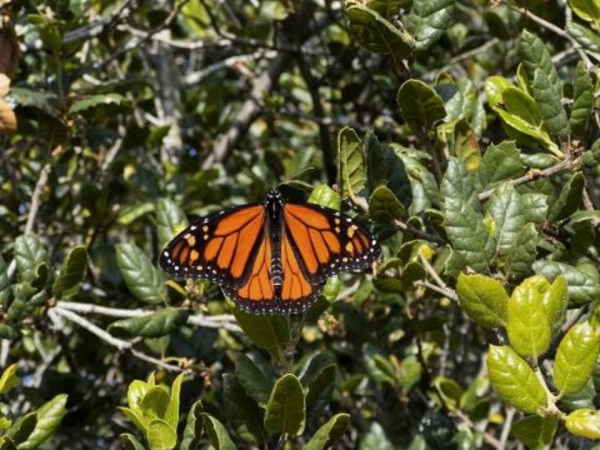 Monarch on a Sunny Day 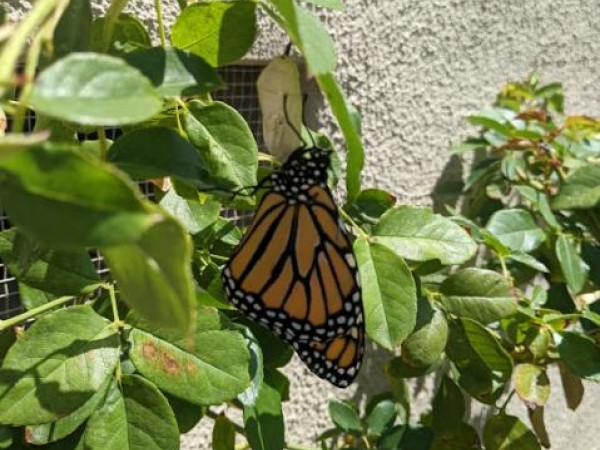 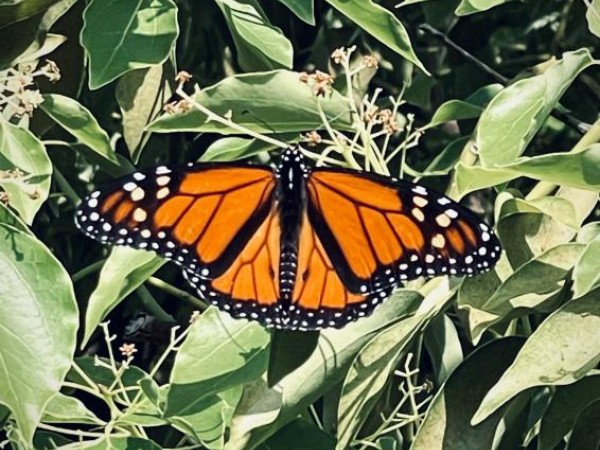