New sightings were small in number this week, a harbinger of the season as monarchs fly to their summer breeding areas through large uninhabited areas. But there was a new first sighting further north in Utah, revealing a glimpse of their journey. We’ll all be watching to see if new reports appear in Oregon this upcoming week, an indicator of some California monarchs on their Spring migration as well as other Western states.

Low in numbers, but each sighting is important!

Monique in San Rafael, California, spotted one monarch on May 4. “Male monarch on Erysimum (wall flower) in front yard. This butterfly has some damage to his upper wings.”

On May 16 Monique found another monarch, “Male monarch butterfly on pittosporum hedge in backyard.”

On May 6 Lynn K in Sun City, Arizona, reported, “First monarch I have seen in a long while.” Monarch on A. subulata, Desert (Rush) Milkweed in her yard.

Further north, LouAnn saw her first monarch of the year at Eagle Mountain, just South of Salt Lake City, on May 11. “Saw one monarch flying around heading northerly West.”

May in Ohkay Owingeh, New Mexico, just North of Santa Fe, spotted one monarch on May 12. “Flying along edge of bosque in the sunshine in early evening about 5:30 pm.”

Milkweed for Monarchs in California

Early emerging milkweed in California sustains migrating monarchs each Spring especially when they leave the safety of the coastal tree groves early. But California Milkweed is only available in limited amounts on their flyways. But plans are being formulated to there are plans to help make California Milkweed seeds and plants available in nurseries. Hopefully, as these nascent plans become more widespread, we will see more milkweed growing across more present in the landscape. Tom Landis is one man who is trying to make a difference with a plan for propagating milkweed.

Tom Landis is a forester who retired after 30 years of working as a nursery specialist for the US Forest Service. For the last 6 years he’s been creating pollinator habitat in southern Oregon and has a passion for growing milkweeds. Now Tom is working on a special milkweed project for California.  He’s part of a working group headed by Hillary Sardinas of the California Division of Fish & Wildlife, including members from The Xerces Society, the Bureau of Land Management, U. S. Forest Service, Resource Conservation Districts, and private non-profits like the San Diego Pollinator Alliance. They are identifying California Milkweed for seed collection to provide milkweed for the monarchs when they are flying through the region. As Tom describes,  “Our plan includes a 3 step process: Identify locations of California milkweed, and document with GPS - late April through May, return to those populations and bag the almost mature follicles to prevent seed dispersal - late June to early July and return to plants and clip bagged follicles and collect and clean seeds - August through September. Some seeds will go to direct seeding trials, some to nurseries to produce plants with the ultimate objective of restoring ASCA3 populations.”

This is only one of many ongoing habitat restoration projects occurring behind the scenes to help the Western monarch population.

Spring weather is great for a walk so be sure to take your camera or phone along on your neighborhood stroll or hike and tell us what you see. Your reports can help everyone know the “status of the breeding habitat” where you live. Don’t forget to report milkweeds up and, of course, any monarchs you see! Remember, monarchs may lay eggs on milkweed before they flower so other nectar resources are important. A photo from your phone or camera can help us all see the progress early monarchs are now making in the spring migration. Warm weather and southerly winds can help monarchs move into your area! Be sure to watch https://www.windy.com frequently to see when winds favor monarch movement in your area. Where will monarchs fly this week? 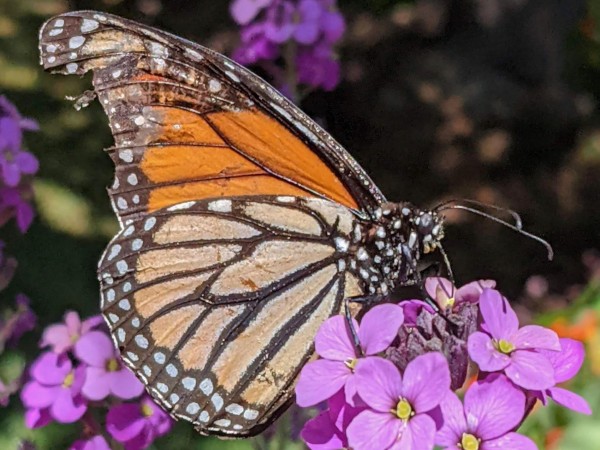 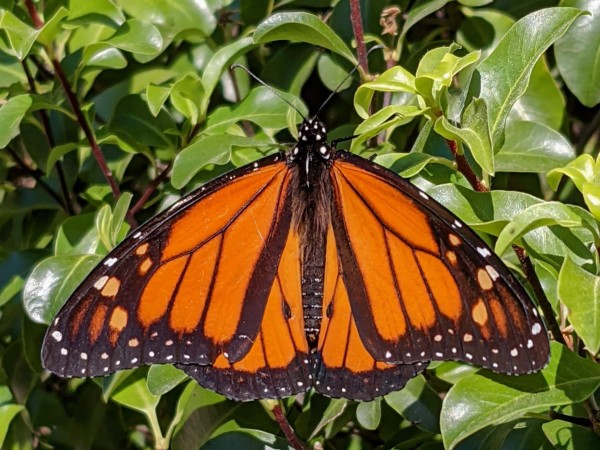 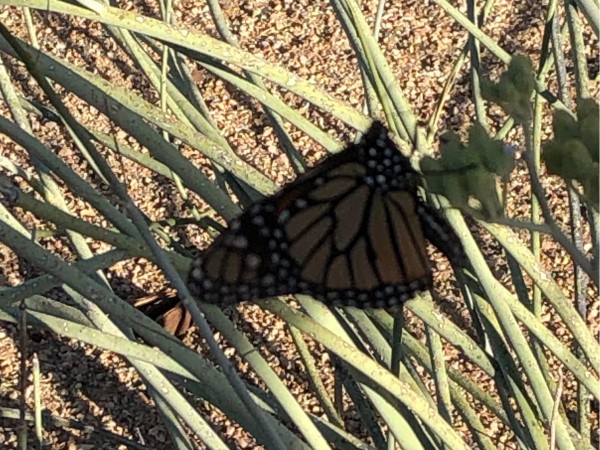