On May 24, 2022, the World Wildlife Fund-Telmex Telcel Foundation Alliance (WWF) and the National Commission of Protected Natural Areas in Mexico (CONANP), released data from the winter 2021–22 monarch butterfly population counts. At the wintering sites in central Mexico, monarch population size is compared from year to year by the number of hectares (one hectare = 2.5 acres, slightly less than two football fields) occupied by trees containing monarchs. WWF and CONANP have been systematically monitoring this area since 2004, with similar data from 1993-2003 collected by the Monarch Butterfly Biosphere Reserve (MBBR).

Monarch numbers are largely driven by climatic factors and habitat availability. Weather conditions during the spring and summer of 2021 were better than they were during the previous year, resulting in fairly robust numbers last summer. But weather conditions predicted by current climate change models suggest that the hot and dry conditions that lead to lower populations may become more frequent. And while many individuals and organizations are working to create more habitat for monarchs, we have not come close to replacing the habitat that was lost early in the 21st century. Much of this habitat loss was driven by the advent of genetically-modified herbicide-tolerant crops and subsequent loss of milkweeds from corn and soybean fields throughout the Upper Midwest. In the wintering sites in Mexico, as forests become more heavily degraded they are less able to buffer the monarchs from temperature extremes, including both warm daytime temperatures and cold nighttime temperatures.

In 2016, members of the Monarch Conservation Science Partnership published a paper that set a conservation target of 6 hectares. This population size would give monarchs a reasonable buffer against declines that often occur from one year to the next. For example, monarch numbers have declined by over 50% from one year to the next several times during the years that they have been monitored (see Graph #1). If that happened after a year with already low numbers, the population might not be able to recover. Thus, while this increase is hopeful, monarchs are still not “out of the woods”.

It is likely that monarch numbers would be even lower without the efforts of dedicated individuals throughout North America, but current numbers show us that we need to increase our efforts. Each one of us needs to do what we can to mitigate climate change and provide habitat for monarchs and the hundreds of species that share their habitats.

For further reading: May 2022 Press Release from WWF-Mexico; and a study that set Monarch Conservation Targets Semmens et al. 2016

Dr. Karen Oberhauser is Professor of Entomology and Director of the University of Wisconsin Madison–Arboretum, chair of the Steering Committee of the Monarch Joint Venture, an officer and founding member of the Monarch Butterfly Fund, and a member of state and national organizations focused on pollinator conservation and citizen science. 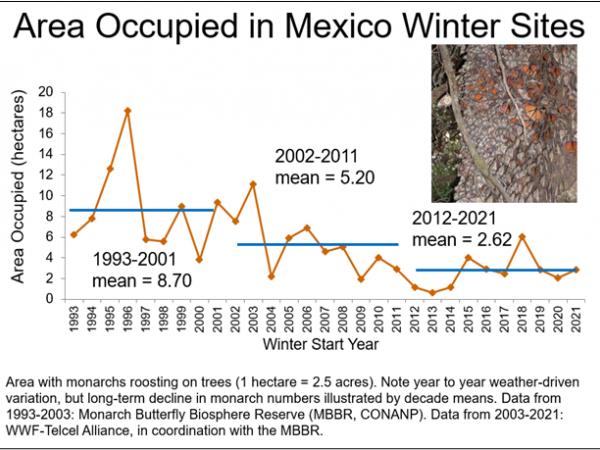 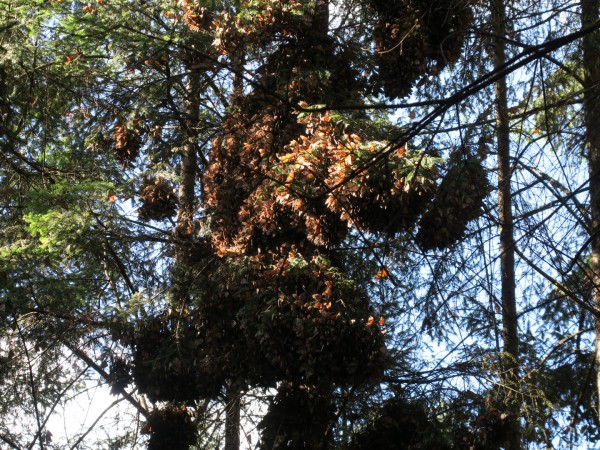 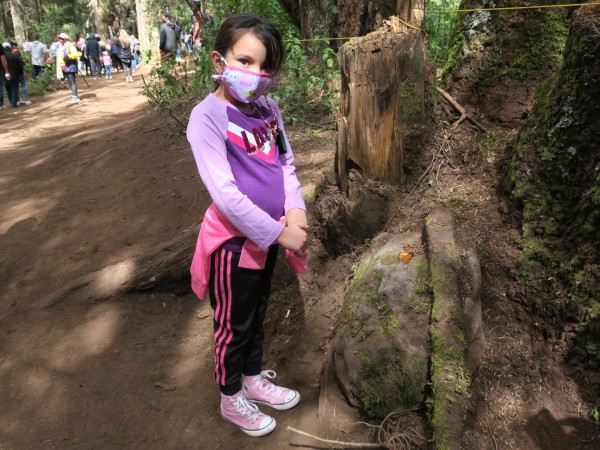 Each one of us needs to do what we can...