Monarchs continued to expand into Utah reaching the Eastern border with Colorado along the Green River. At the same time monarch sightings and breeding continued along the Southern California coast this week. Their Spring journey is almost reaching its end as they near their summer breeding grounds.

Monarchs expand their range in the West

Emily was walking in the fields at Dinosaur National Monument on Sunday, May 24, in Jensen, Utah, located in the northeast corner of the state. To her surprise, there was a monarch! She reports, “Ragged male, wings torn in places. Flying low, checking things out. Not much in bloom right now here except Rocky Mountain irises that are on the way out. My first sighting of the season. I only saw one monarch today.” Emily continued her hike in the area looking for possible nectar for migrating monarchs. She stopped to look at the thicket of Joe Pye Weed monarchs love in late summer. But this monarch favorite was still small and growing and she didn’t find anything in bloom. “Oh, but houndstongue is starting to flower. It’s an invasive.” A major challenge of migrating monarchs is Spring nectar to fuel their flight. They may feed on species in flower that normally wouldn’t draw their attention when many native flowers are in bloom. Emily walked along the Green River searching as well but didn’t find much else to draw their attention.

Stephanie found her first monarch larva of the season in Albuquerque, New Mexico, on May 24 reporting “Showy milkweed and caterpillar.”

Monarchs are still found along the coast of California. Fabio had a surprise while working in his yard in Inglewood on May 25. “I was planting milkweed in my back yard. This Monarch came along and appeared to deposit eggs.”

Roberta in Bishop, California, spotted a monarch on the same day. “We think there were at 2 but only got a good look at one. First sighting ever in our yard.”

Meanwhile milkweed is up and waiting in Oregon, Idaho and Washington. Most monarchs begin to lose their urge to migrate in early June, setting up summer breeding areas. We are looking for reports in Nevada and Oregon where monarchs may already be visiting native milkweeds and hope to hear soon from Citizen Scientists in Washington and Idaho as well. Keep your eyes open as you enjoy the warming days of late spring and summer.

May to June Monitoring

Keep your camera handy! Monarchs are reaching the end of their race across the Western landscape to their summer breeding grounds. If you are lucky you may see one or their offspring on milkweeds along the way. Check milkweed plants for eggs. They are usually on the underside of leaves. Send your report of what you see and your photos. 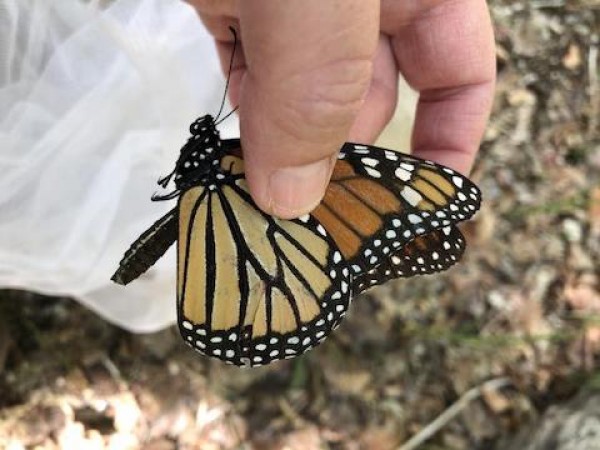 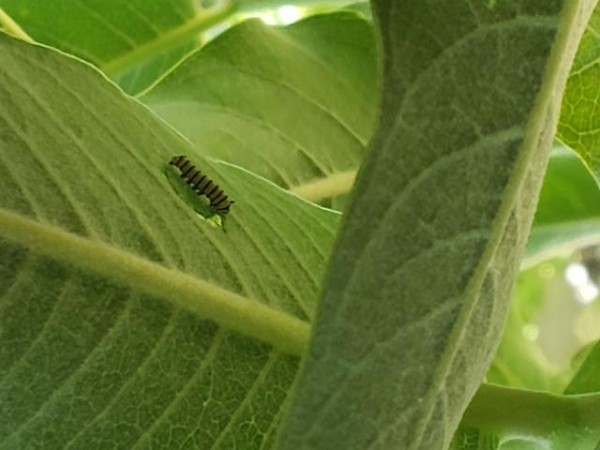 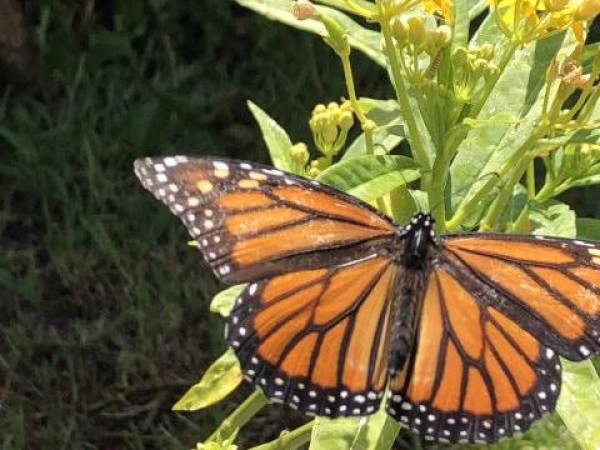 Spied A Monarch While Planting Milkweed 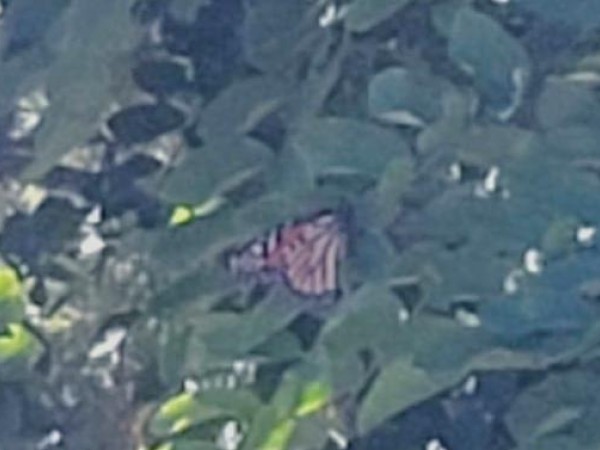