Monarchs Expand Across the West!

Warmer temperatures finally moved into the Western states and monarchs reached Oregon and Idaho for the first time this season! But not all monarchs head North. Every summer, some monarchs head to the mountains instead. As we approach the Summer Solstice and the days begin to grow shorter, new sighting reports are important now as monarchs soon will lose their urge to migrate.

Joani Howell in Medford, Oregon was excited to see her first Monarch on June 1!

“[The] Monarch was first sighted at 9:45 am in East Medford, flying over a dogwood tree. Sighted again around 11:00 am flying over the same neighbor’s home as I was telling the neighbor about it! Still no picture! It was about 20 or 25 feet away, too far for me to be able to tell the condition of the wings or whether it was male or female. I was hoping I would see it again today, but no luck so far.  I checked my milkweed and several patches in the neighborhood for eggs, but did not find any, yet.”

RL Rowland was by the Snake River in Bruneau, Idaho, when he spotted his first monarch on May 31.

“Though I am but a casual “Butterfly-er” this particular butterfly did seem a bit on the small side but definitely a Monarch, I did get a good look at it. It was fresh and very clean looking. It did not light on any flowers in the area, mostly blooming Russian Olives right now, or any other plants. I was not able to get a photo, too fast a mover.

“I was standing near a boat ramp, Loveridge Bridge-South, on the south side of the Snake River in Owyhee Co., Idaho, the bug came up from behind me and I lost it almost immediately I id’d same and that it went thru some riverside willows and out over the water. The butterfly was last seen moving in a northerly direction.”

Every Summer monarchs are found in the higher elevation breeding habitats in the mountains and plateaus in the Western states, even in the southern states of New Mexico and Arizona. Elaine Halbedel in New Mexico found monarchs already at 6,000 feet elevation this week.

“The earlier one [monarch] from Silver City was observed flying at rooftop level. I was actually sitting on the roof at that moment because we are putting a metal roof on our home and I was just resting for a few moments. The elevation there is 6000’ exactly and the environment is pinyon-juniper forest but not very far from the ponderosa pine level. It was quite easy to tell that this was a Monarch, as opposed to a Queen, since the size and veining was larger and more pronounced. I had also seen a Queen shortly before and the difference was obvious. In fact, the veining was so striking that I can say that it was likely a female. When it flew past me relatively slowly, it was at a distance of perhaps 3 feet from me, so I could look down on it easily. Not much is blooming here at the moment, so nothing to feed on.

“The second sighting was made along the San Francisco River in Catron County as I was hiking the Frisco Divide Trail to and into the Frisco Box, a narrow canyon with nearly 1000 foot walls on one side. This area was slightly higher in elevation (6100’) according to my GPS. I saw the butterfly just as I exited the Box into a formerly cultivated area, near to a spring-fed pond and the river. It, too, was in slow flight and noticeably veined and larger than the Queens that I had seen shortly before in the Box. It was closest to the cottonwood/riverine environmental area and flew by me at eye level at a distance of perhaps 4 feet or so. Lots of Compositae blooming and some Phlox. Once again, easily identifiable.”

Utah Is Ready and Waiting!

Monarchs usually enter Utah in mid-June and early July depending on latitude, so we’ll be looking for their “first sighting.” Everyone is eagerly awaiting their arrival and hope to see monarchs fill the air. Rachel Taylor in Salt Lake City, Utah, assembled a team who created a robust monarch habitat, rich with milkweed and nectar!

“After growing milkweed in my sunny dining room each spring for the past five years, I had outgrown my capacity and had to get creative.  I was creating monarch waystations, and sharing milkweed with friends and neighbors. That grew to sharing with Salt Lake City and County Parks & Open Space and The Nature Conservancy.

“In the fall of 2018, I proposed a project to the Department of Corrections, University of Utah and Utah State Department of Education where we would engage the Decker Lake Youth Center population to grow native milkweed in their greenhouse, in trade for an eight week science course (one hour per week) on monarch conservation.  We also encouraged them to add their own monarch waystation.

“This week, the project came to fruition as we picked up nearly 1200 seedlings of Asclepias speciosa and A. incarnata from the greenhouse at the Decker Lake Youth Center. These beautiful, healthy seedlings will be planted in Salt Lake City’s Fairmont and Liberty Parks, and in restoration projects along the Jordan River – all natural riparian corridors that monarchs likely visit along their migration through northern Utah.

“Milkweed is definitely up and growing in all naturally occurring areas of Utah, and in bloom in southern Utah. We also have our early bloomers showing off:  Jupiter’s Beard, Allium, daisies, potentilla, poppies, flax, sweet William, Sage, salvia, penstemon, poppies, strawberries, evening primrose, calendula, Button flower, catmint and others.”

This week the U. S. Fish and Wildlife Service announced an extension of the deadline to make their decision if the monarch butterfly warrants Endangered Species Act (ESA) protection to December 15, 2020. One of their reasons was to gather more data about monarch movement and presence. Your reports are especially important in the West as we follow the Spring monarch migration this season. Please join Journey North and our partners who care deeply about the western monarch butterfly population and help track the monarchs’ progress. Report your sightings on Journey North – sightings can include first adult monarchs, eggs, larvae, and first milkweed emergence.

Gail Morris is the Coordinator of the Southwest Monarch Study (www.swmonarchs.org), a Monarch Watch Conservation Specialist, and the Vice President of the Monarch Butterfly Fund and the Central Arizona Butterfly Association. The Western Monarch Population News is based on comments provided to Gail Morris. We hope to increase the number of sightings and therefore photos and comments entered into the Journey North. We rely on the volunteers who communicate regularly with Gail and who agree to participate in our effort to increase awareness of the population of western Monarchs 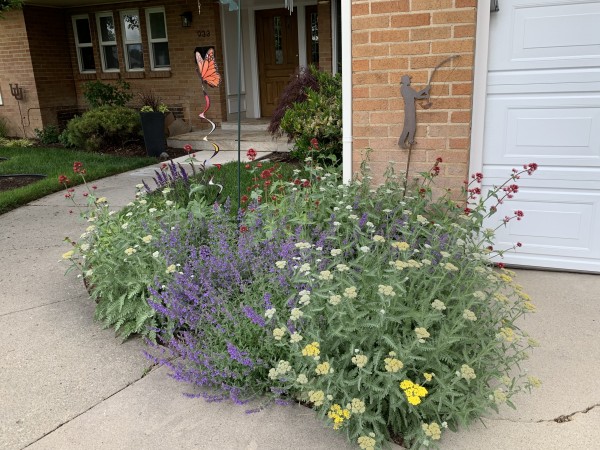 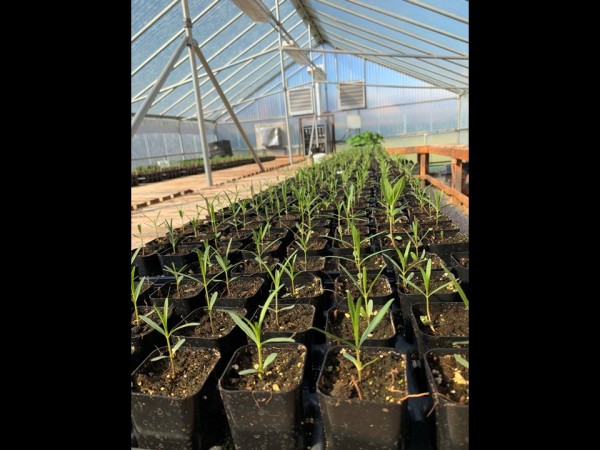 Up and Ready for Monarchs 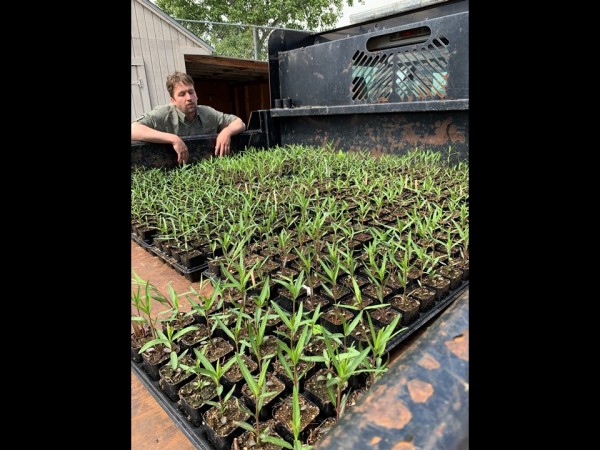 Milkweeds Heading For the Jordan River