Monarch presence in the West continued to expand this week with reports from every state but Washington. Southern California in particular reported many monarchs and immatures. An intense early heat wave expanded into parts of California and Arizona with record high temperatures this past weekend. We will be eager to hear about habitat conditions reported this week to see how both adult and monarch eggs, larvae and pupae fare.

Thank you for the numerous reports this week! Here is just a sample – be sure to look at all the Journey North monarch maps:

Patricia reported 11 monarchs in Oxnard, California on June 5. “The migratory Monarchs haven’t left. They’re gigantic! Some are old with faded frayed wings, skinny abdomens. Some are new hanging from their chrysalises drying their wings. They’ve taken over. I miss our small fluttery native Monarchs.”

Bona in Sawyers Bar, California saw her first of year (FOY) monarch. “One Monarch butterfly in an open field on the Salmon River, CA.”

Cathie also found a monarch in Discovery Bay, California. “My 1st sighting of the season. Female in good condition.

On the same day, Autumn in Golden Valley, Arizona, reported one monarch. “It looked to be in rough condition. It’s wings we’re missing pieces and it wasn’t as vibrant in color. It was fluttering around my morning glorys around 8-9am as I misted the plants it sorta sat on the leaves. It Visited my Zinnia flowers as well and left.”

Renee in Modesto, California saw her FOY monarch on June 8. “Seen twice in my backyard.
Last season I planted wild flower seeds they are in full bloom, I’m guessing the monarch came by to visit and I’m hoping I made a difference.”

Elaine in Gila, New Mexico saw her FOY monarch on June 11. “One adult seen well flying from south to north over the Gila River.”

On the same day, Lauren in Temecula, California reported one adult monarch. “Have at least 20 caterpillars in all stages feasting on my narrow leaf milkweed. Saw an adult female butterfly visiting for at least 30 minutes but couldn’t get a photograph.”

An early season heat wave affected portions of California, Arizona, Nevada and Utah this week reaching close to and above 110 degrees in some locations. Studies have shown that monarch immatures have difficulty surviving as temperatures continue to climb above 100 degrees with total mortality by 104-108 degrees. Microclimates can often develop with recent irrigation or shade to lower the temperature in small areas to help ease their heat stress, but their life cycle may slow down considerably. You may find larvae looking for a cool spot under the lowest leaves of a milkweed plant or even under dried leaves on the ground near the stem-line.

Adult monarchs begin to seek the shade of trees in particular when temperatures rise above 90 degrees. While you may see them flying in the shade when temperatures tip 100 degrees, studies have shown they often have a shorter lifespan and less fecundity.

Your reports of sightings in this recent heat wave and afterwards will help everyone understand more about monarch biology during the breeding season in the West.

This is the final week of our Spring Migration Updates but we’ll be in touch periodically this summer and back again with important updates as well as the Fall Migration nears. Thank you for your participation this spring migration season! If you are out this summer and see monarchs of any life stage, be sure to report them to Journey North—whether they are adults or eggs or larvae. Provide as much information as you can such as weather conditions (it’s okay to estimate). Your detailed description of what you see can include, but is not limited to, the monarch’s gender and activity and, if known, the type of flowers if they are nectaring. If you can, observe the condition of the wings—fresh and new or worn and tattered or something in between. This helps us learn more about monarch age and survival. We realize it isn’t always possible, but please take a photo if you can. Thanks so much for your help. Happy Summer! 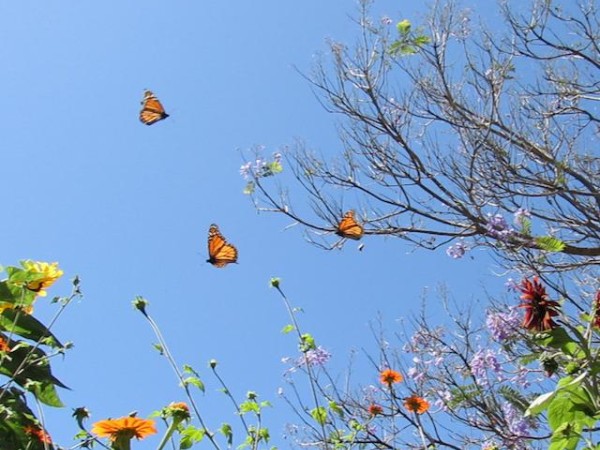 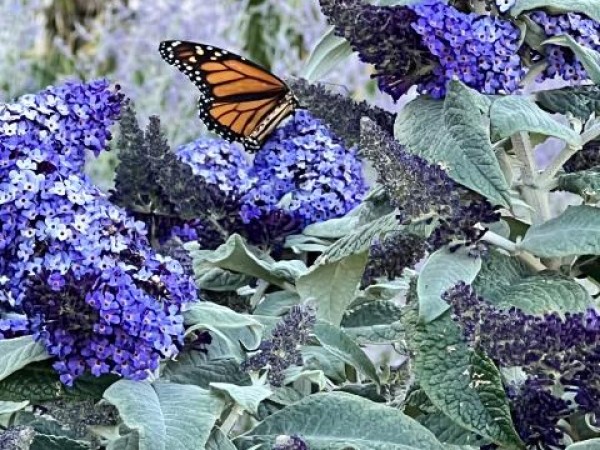 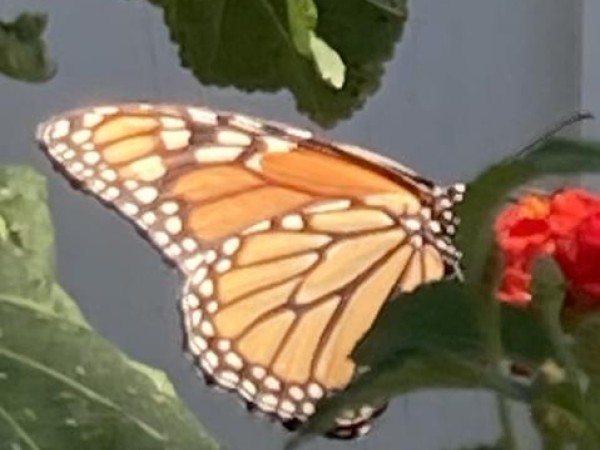 Found in Back Yard 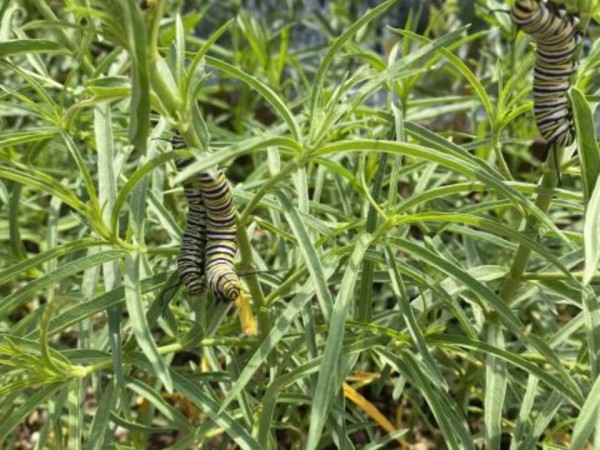