Wow, have you looked at the “First Sightings Map” lately?

Monarchs have suddenly appeared all over the Northwest and multiplied in Utah as well. What an exciting sight after all of our fears about the low overwintering population. The best news is these are all likely just a sample of the monarchs that may be across the landscape. Your reports to Journey North have written an exciting summer chapter to watch unfold as we move through Pollinator Week. With the Summer Solstice last Sunday, monarch migration movement stalls as their energy is directed towards exploring thickets of milkweed in the breeding grounds, mating, laying eggs beginning a new generation. As monarchs continue their breeding season, numbers will multiply and hopefully we will all see more monarchs as the summer progresses. What an exciting time!

Every Western state reported monarchs during the migration although numbers vary. Building on earlier sightings to the south, monarchs moved in to Oregon and even Washington.

On June 19, Terry in Smith River, California, near the Oregon border, reports, “Fresh female. Photo attached. Clear, no wind, 65°F. Found roosting on Verbena in morning. Many milkweed present here at the nursery, unknown if hatched here or flew here. Have not seen monarch caterpillars on potted stock, but have not looked on all in-ground stock as property too large to monitor regularly.”

Belinda in Talent, Oregon found one monarch on June 15. “Female monarch nectaring on milkweed and zinnias.”

Alison in Cottage Grove, Oregon reported one monarch on June 16. “The monarch was seen and photographed by R. Ahrens who reported it to me. He saw her in Rasor Park, Eugene, OR about 11:30 AM. She hung around for about half an hour, but he didn’t see any egg laying - and then not seen after that - plenty of Milkweed in the park for her to choose from.”

Utah is also seeing an uptick in monarchs as they explore milkweeds in nearby towns. Steve in Sandy, Utah, saw one monarch on June 9. “Female monarch, feeding on milkweed and laying eggs.”

Last year was bleak in Washington with no photo documented monarchs in the state. The concern was real that this year might be a repeat. But Dr. David James of Washington State University has exciting news.

“Finally! A monarch in Washington State! And unlike the female seen on the state border on Friday, this one has made it nearly 80 miles into central Washington. Douglas Kikendall spotted a male in good condition on his garden showy milkweed, yesterday June 20 at Wenas in Yakima County. It is quite likely there are others in WA, so get out there and check your showy milkweed. No migrants from California were seen in WA in 2020, and only 2 were seen later in the summer, both in the Tri-Cities area, in the far south of the state. There is no doubting the ability of monarchs to surprise us all!”

When you are out in the field this week enjoying pollinators all around you, don’t forget to send in your sightings to Journey North. Your sightings continue to paint a picture of the summer breeding patterns in the West. So, grab your camera or your phone to snap a shot of what you see whether it is an adult monarch, egg, larva or pupa. Help us all learn where monarchs are active – or where they should be but are not. This is an important summer in the West after the extremely low overwintering population in California and each sighting is important and hopeful. Happy Summer! 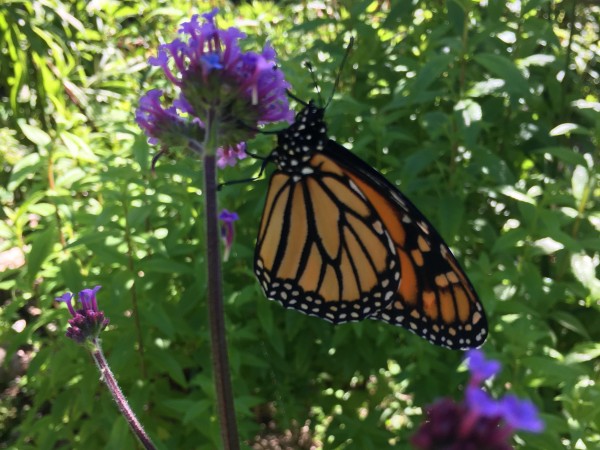 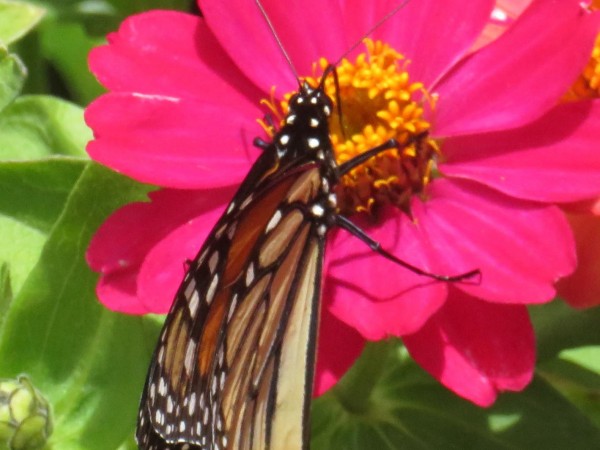 Talent, OR
Photo by: Belinda 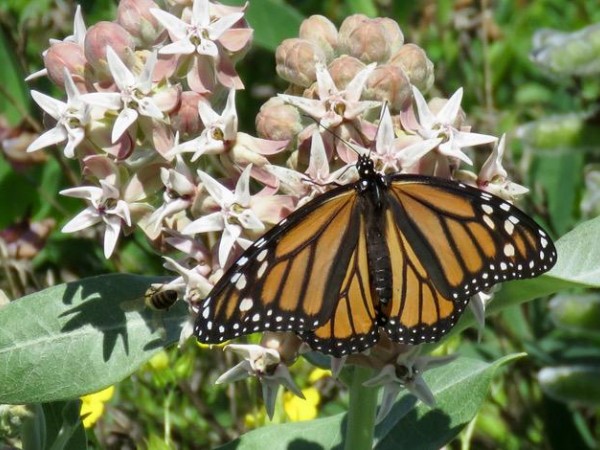 Plenty of Milkweed to Choose From 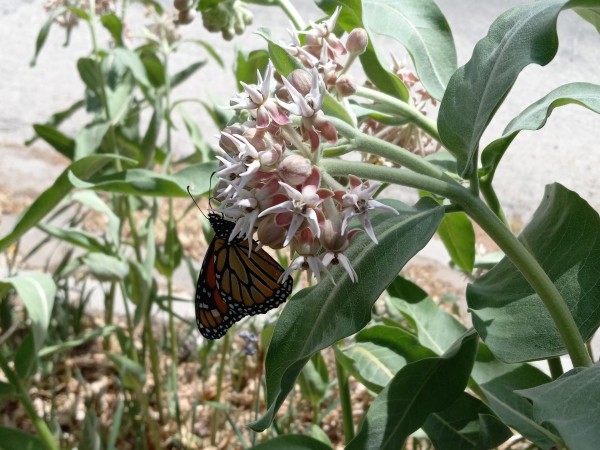