The International Monarch Monitoring Blitz ran from July 23 to August 1 to provide a glimpse of monarch breeding activity across North America. Thank you to everyone who submitted their sightings of monarch adults, eggs and larvae as well as milkweed during this annual event. This is especially important in the West where recent skidding population numbers have increased the urgency of obtaining this data.  Monitoring every year across North America helps scientists and community scientists learn more about monarch breeding patterns as well as giving us a sneak peek into the possible impact on the upcoming Fall Migration right around the corner.

Reports appeared in many Western states. Each sighting is important and together they provide a larger picture. Keep in mind for every reported sighted there are likely many more monarchs in the area – your sighting is an indicator of monarch activity. So, what did we see? Here are a few samples.

Catherine in Prescott, Arizona, found 2 monarchs in her yard on July 23. “Both monarchs were male.”

Cheri in Berkley, California saw 3 monarchs on July 23. “UC Berkeley has a large garden on the land of the old regent’s house. It’s called the Blake Garden. We saw 3 monarchs flying around the area landing on a “pincushion” flower but with lots of other nectar plant choices. Did not notice any milkweed but it is a large garden and there probably was some tucked away somewhere.”

Tanya in Talent, Oregon, reported one monarch on July 26. “Male butterfly on milkweed outside my house. Appeared to be a more freshly eclosed Monarch.”

Will in Boise, Idaho, spotted two monarchs on July 27. “On my milkweed patch.”

James in Mesilla, New Mexico, found one monarch on July 28. “Individual depositing an egg at the base of whorled milkweed flower buds - adjacent to the Rio Grande.”

Susan in Mill Valley, California reported one monarch on July 30. “Feeding on zinnias in garden center. Small non-blooming plants of Asclepias speciosa and A. fascicularis also nearby.”

Jed in Salt Lake City, Utah, found a monarch on July 31 while bicycling. “I was out on my road bike (pedal). A Monarch flew around my head and followed me for half a block. The Monarch I posted yesterday is still hanging around my yard today. No pic I was on my bike.”

Sharon in Oakland, California, spotted one monarch on July 31. “Sunned itself on rose leaves for a while, then spent some time on tithonia getting nectar.”

Joyce in Mountain View, California noted 5 monarchs on July 31. “Saw 5 monarchs in the same block at Google I’ve been posting all year. We also saw others walking around with cameras and clipboards, assuming they were also counting. There are far too many milkweed plants there to count easily and they are on private property. A hundred at least, tropical and showy. We didn’t see any signs of leaves having been eaten.”

Beth in Studio City, California, found 1 monarch on July 31 as well. “Saw an adult in our front yard as well today!”

Fall Migration is very near!

Monarchs in the northern reaches of the United States and bordering Canada will respond to the urge to migrate soon—as early as about August 15. Prior to the peak migration there is a movement of breeding monarchs flying south laying eggs. After they mature, they join the migration about a month later. Locations further South will see this activity later as the season unfolds. Migratory monarchs will begin their journey just days to weeks ahead.

Be sure to have fall blooming nectar available to feed monarchs on their long journey to the overwintering sites. Look now for key plots of migration nectar maturing to bloom and be ready to enjoy this spectacular event. 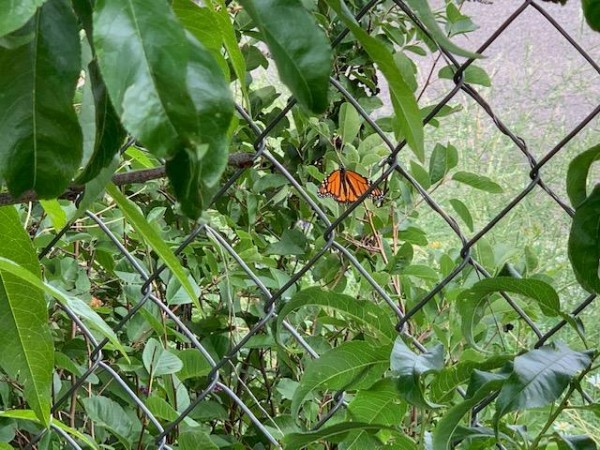 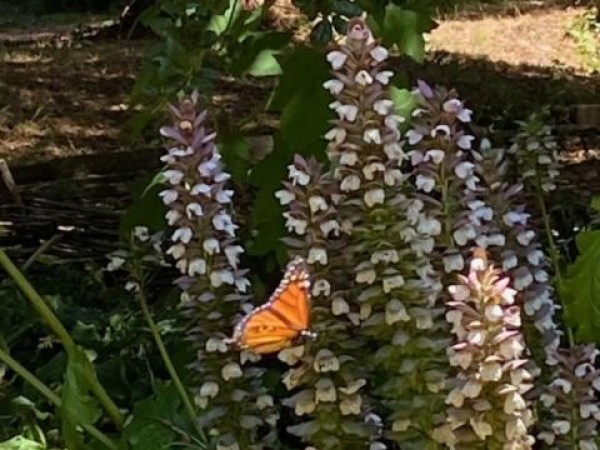 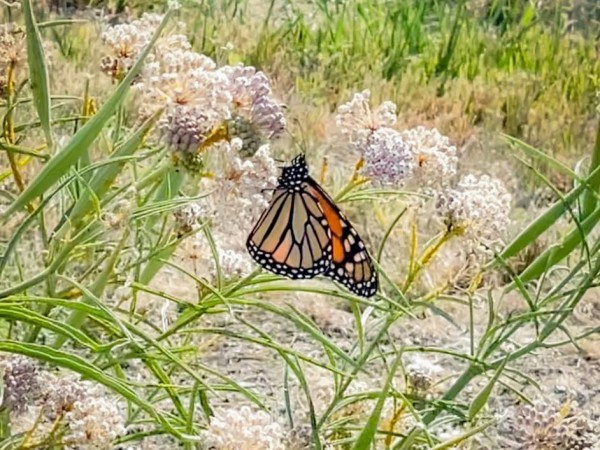 Talent, OR
Photo by: Tanya 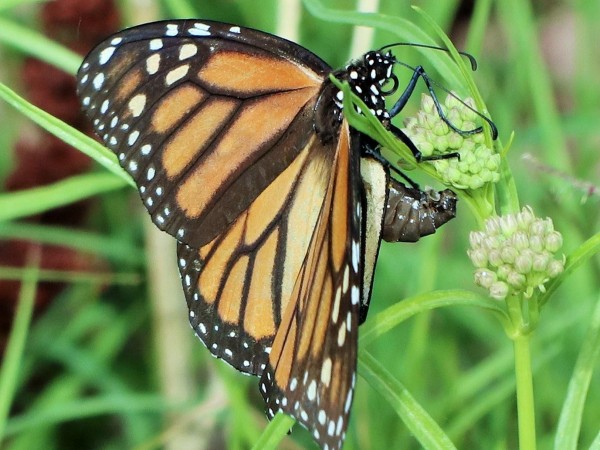 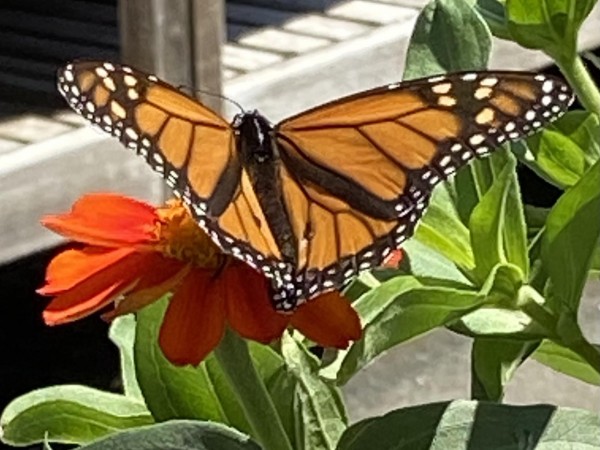 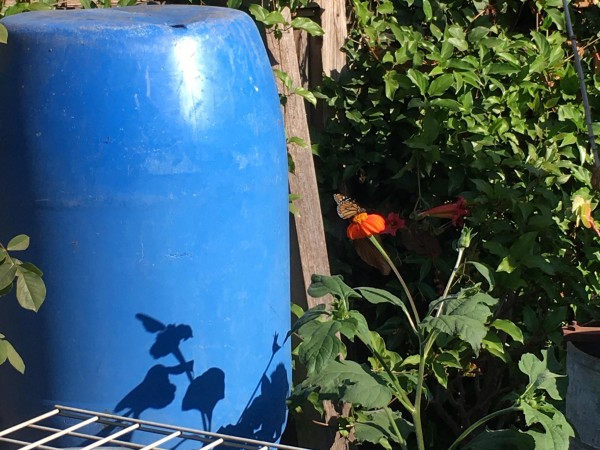 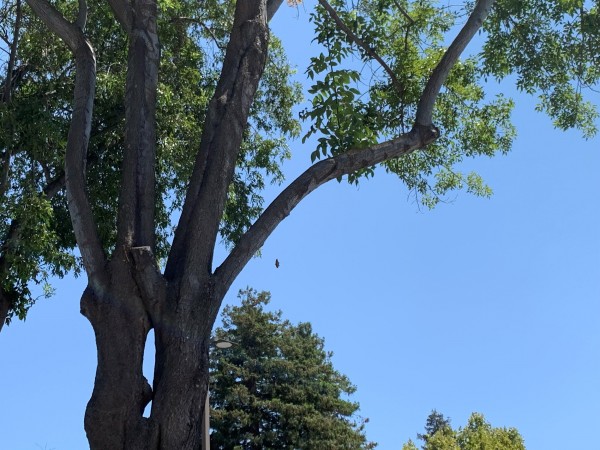 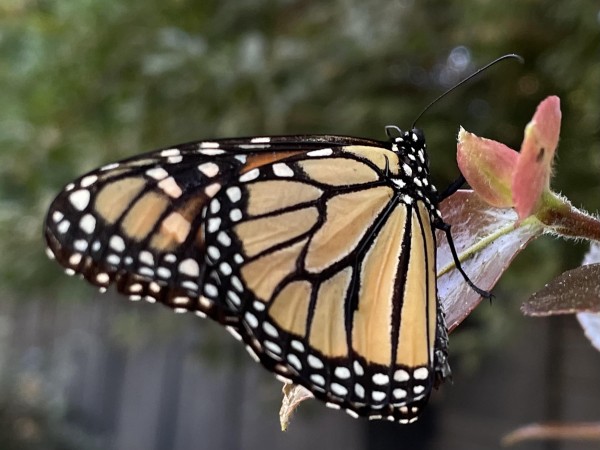