Monarchs appeared in the summer breeding grounds across the West but their numbers varied by location. Early reports of tagged monarchs moving south and west from Oregon and Utah are already appearing as the annual Fall migration begins.

Monarch numbers in the Northwest reaches of the summer breeding area are bleak. Dr. David James at Washington State University said only two monarchs had been confirmed in the state of Washington by the end of August. “Despite claims of other monarchs sighted in WA, there has been no photographic evidence for these. We confirmed 8 monarch sightings in WA in 2019, which was the worst year for sightings for at least 20 years. Unless we get evidence of another 6 monarchs, this year will go down as the worst for monarchs in WA in two decades. Something else to remember 2020 for…”

Sightings varied across the region. Utah had an unusually good year for monarchs with their early arrival and breeding throughout the season. Right next door in Nevada, Citizen Scientists reported some of the lowest numbers in years. Arizona had monarchs present in all the breeding areas in the higher elevations but in lower numbers than usual. California coastal areas reported good numbers of monarchs. We’re all waiting to see what the Fall migration will bring. Be sure to report any monarch activity you see.

While monarch numbers are low in many locations, their range covers the entire area west of the Rocky Mountains!

Matt in Spokane, Washington, found two monarchs on August 11. “One tag one not.”

RL saw one monarch in Grand View, Idaho on August 13. “Out helping scout for an upcoming Audubon F/T. Monarch was seen in the tule reeds touching not feeding on the flowering, but invasive loosestrife plants. Monarch then launched west across the inlet. Did not see it again.”

Iain found one monarch in Ashland, Oregon, on August 20. “Saw this one while out doing a mail delivery route on campus. Had to stop and take a pic. Thanks for this site. Will keep an eye out for more.”

Meanwhile in Morgan, Utah, Inez spotted one monarch on August 17. “Monarch in flight freely over the property.”

In New Mexico, Kathryn found one monarch in Edgewood on August 3. “One Monarch spotted on sunflowers along our driveway.”

Early migration movement is already in progress! Remember to take your camera when you are traveling or on a hike or even in your own backyard. Share your story with us of where you found monarchs in all their life stages and what they were doing. Thank you for reporting all your observations. Submit your observations to Journey North – we look forward to hearing from you! 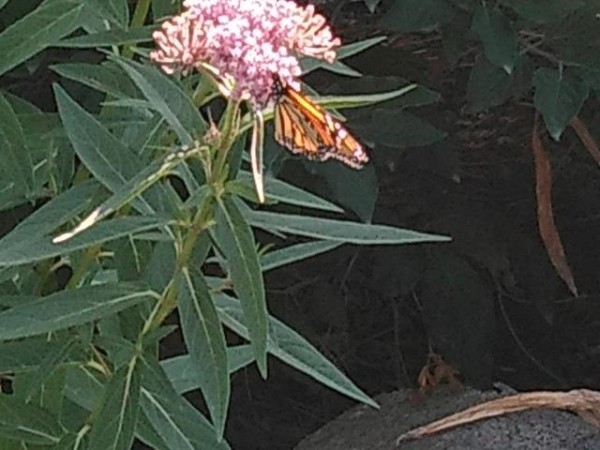 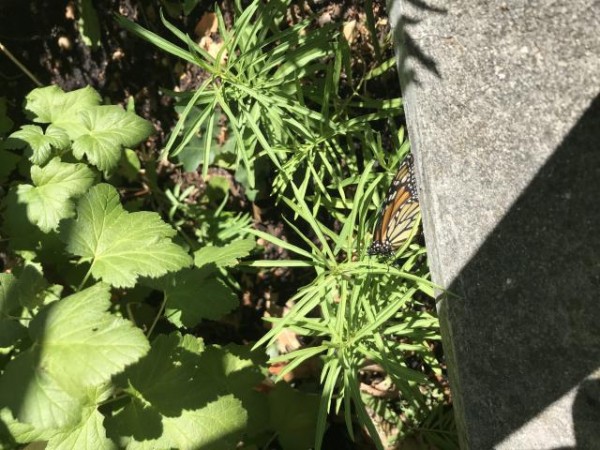 Ashland, OR
Photo by: Iain 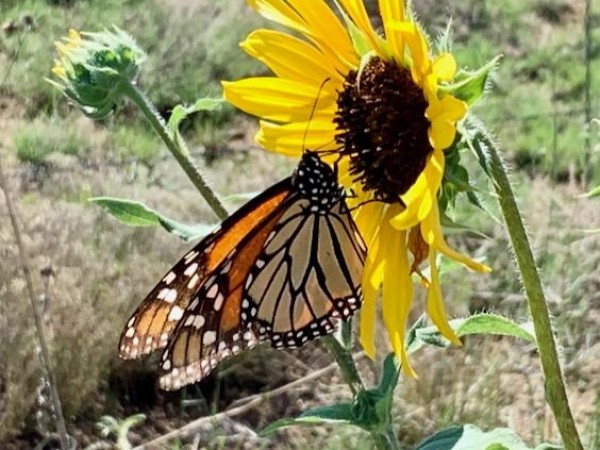