Get Ready for Monarchs!

Daylight is decreasing and hot summer temperatures are slowly releasing their grip on the Western states. It’s also the beginning of the annual monarch Fall Migration. After the severe drop in the monarch population in California last winter, everyone is wondering how they are faring this summer. What are Monarch Experts in the West reporting?

Dr. David James, Washington State University, directs the Monarch Butterflies of the Pacific Northwest Tagging Program based in the state of Washington. This summer he found fields of robust Showy Milkweed, A. speciosa, unused.

“Monarchs in the Pacific Northwest were scarce this summer with only 6 confirmed sightings in Washington. Southern Oregon fared better with a reasonable population that appears to be building at this time. Monarchs were also scarce in Idaho until August when a couple of ‘hotspots’ of multiple individuals were seen in southern parts of the state.

“Consequently, the migration of monarchs from the PNW (Pacific Northwest) will likely be a trickle this fall. An exception might be from parts of southern Oregon. A significant concentration of monarchs is currently present in Brookings on the coast just north of California.”

Dr. Tom Landis is a forester who retired after 30 years of working as a nursery specialist for the US Forest Service. Now he focuses on creating pollinator habitats in Southern Oregon and tracking monarchs that use them.

“In general, it’s been a miserable monarch season in the Pacific Northwest. I’ve been monitoring several monarch waystations in the Rogue Valley of southern Oregon and didn’t even see a monarch until August 11th - two months later than normal.”

Dr. Landis also counts the number of eggs and caterpillars he finds on milkweed.

But he knows monarch advocates in Brookings, Oregon, who have found over 2,000 eggs!

“The most amazing thing about this season has been the monarch egg dumping around Brookings on the southern Oregon coast. They have small backyard monarch waystations and have had multiple eggs on small milkweed plants. I’ll be tallying the results and sharing them later in the season but it’s an amazing experience.”

But the summer monarch breeding population news is more hopeful in Utah, Arizona, California, Nevada and New Mexico, and we’ll hear more from Journey North Citizen Scientists each week as the Fall Migration unfolds. Be sure to report every monarch sighting so we can all learn more about monarchs in the West.

Continue to report your sightings to Journey North for the following categories: 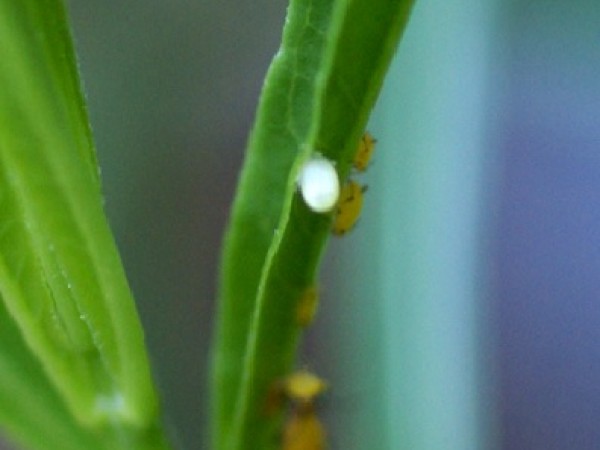 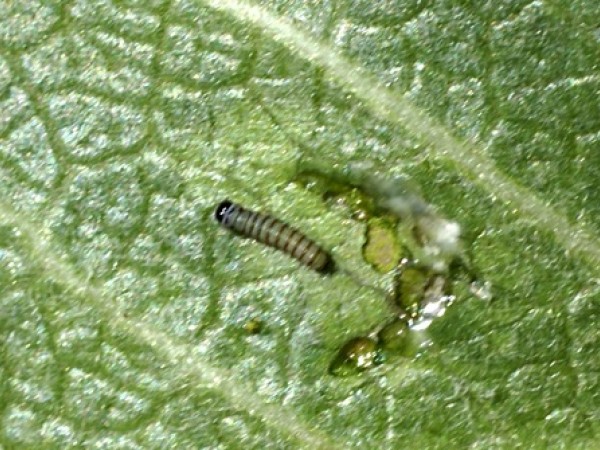 First instar larva on A. speciosa