As a new generation ecloses, monarchs are on the move in the West! Most striking is how late many breeding monarchs are still in the fields laying eggs in September, much later than usual. Could we be in for a late migration in the West this year?

Kev Karl in Virginia Foothills, Nevada, was concerned. He walked into his favorite plant nursery where the talk was all  about the lack of monarchs this summer. But at his house he found a different story.

“A lot of folks are reporting a lot less monarch activity this year. I’ve seen a pretty steady stream of visitors on the milkweed, mating couples, and females laying eggs. As far as actual caterpillars and chrysalis, maybe I’m just not doing enough yard work? I got down on my tummy the other day and crawled around in the thick of things and found this youngster, so I know the life cycle continues here!”

But monarch numbers are not low everywhere in the West! Everyone in Utah is hopeful with many Citizen Scientists reporting more monarchs than last year.

“This year’s late arrival, change in weather, and going from two years of zero monarchs to suddenly an egg dump, late in the fall when my monarchs should be migrating, not laying eggs, is quite astonishing! In our valley we say, ‘Hope Floats Like a Monarch’…because hope is what is getting us through these major changes in our ecosystem and lack of monarchs.

Dinosaur National Monument is in Vernal, Utah, and overlaps the western border region of Colorado. They were fortunate this year to have an intern join their team to monitor the monarch breeding and migration through the area. It’s been a good year for monarchs at this Western monarch location just west of the Rockies.

“Three cheers for number 100! Over the last six weeks, Lindsay Martinez - a science communication intern with the Latino Heritage Internship Program - has been finding, catching, and tagging Monarch butterflies at Dinosaur National Monument and surrounding areas. Small sticker “tags” are placed on the wings of butterflies that will hopefully be spotted again further south, letting us know what role the Uinta Basin and the Green River play in Monarch breeding, feeding, and migration. Help us wish number 100 well on her journey.”

Lindsay reports that while a few monarchs remain in the fields where they were tagged, most leave. She’s hoping we’ll learn more about their migration route if someone spots one of their tagged monarchs. 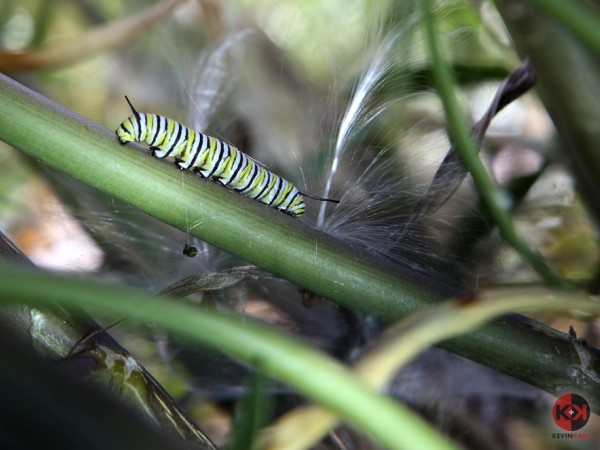 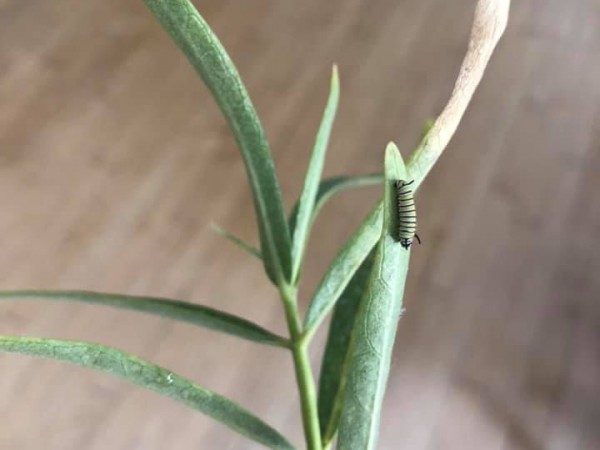 Larva on A. speciosa 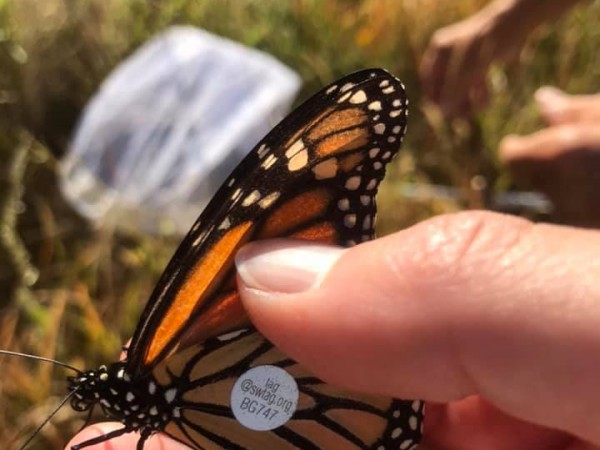