Monarchs are on the way!

This week monarchs appeared along the South-central California coast in small numbers, a harbinger of the near Fall season. Monarchs were also seen in Idaho and in expanding numbers in Utah through Arizona and New Mexico as well. Despite raging wildfires and extraordinary hot and cold weather events, monarchs continue to stream towards their winter homes.

Great news from California! Monarchs are beginning to gather in the coastal areas in Oxnard, California.

Patricia found six monarchs in her yard on September 5. “Very hot 97°F. Monarchs were swarming in and out of Jacarandas in my garden.”

RL spotted one monarch in Bruneau, Idaho, on September 8. “Out birding for World Shorebirds Count. Saw adult Monarch several feet in front of me in the willows along the back of the reservoir. Bug continued along the shore out of reach.”

Rachel traveled to Fish Springs NWR in Utah on September 5. “Made a tagging trip way out west and arrived 10am. 85 degrees when we arrived. Saw a dozen adults, netted only 2 (tattered female and new male). It got too hot to stay until they got active again in the afternoon as it was 102 degrees at 2pm and we had no protection from the sun. Amazing site - 28,000 acres of wetland in the middle of the west desert. Will try two weeks earlier next year.”

Two days later Rachel found three monarchs in Spanish Fork, Utah on September 7. “This is 14 acres of horse pasture with very healthy looking swamp and showy milkweed. Amazing discovery! Saw 3 adults and two 5th instar which I will report next.”

In Arizona we’ve learned from tagging and tracking recoveries that recently eclosed monarchs often migrate beginning on September 1st. Fresh and new monarchs normally range from common to abundant in the early morning hours in the fields of Canelo near the southern border. But our visit this last weekend was a very different experience. As you can see in our report, instead of fresh and new monarchs we found worn and faded ones in much lower numbers. We’ll return soon to check again but we were astonished by this drastic change.

“In previous years we would find early migrators at this site and tag 25 to 125 depending on the year. This year we returned 3 days in a row and found at most 4 monarchs and all but one were worn and breeders. Record high heat and drought (1/4 the normal monsoon rainfall) appears to be affecting the monarch population despite abundant fields of milkweed and nectar available. First time since we began monitoring in 2006 to see so few monarchs at this location.”

We’ve all heard about the tragic wildfires roaring across the Western states. How do they affect the monarch migration? We turned to Dr. David James, at Washington State University.

“You’ll be interested to know I have compiled some tagging data from previous S OR fire/smoke events and the data show that monarchs released into hazardous, smoky air are just as able to reach overwintering sites and live long lives, as those released into clean air! These data will be in a paper I’m currently preparing for publication.”

Migration movement is already in progress! Remember to take your camera when you are traveling or on a hike or even in your own backyard. Share your story with us of where you found monarchs in all their life stages and your encounter with them. Thank you for reporting all your observations – every sighting helps all of us see the bigger picture of monarchs in the West. Submit your observations to Journey North – we look forward to hearing from you! 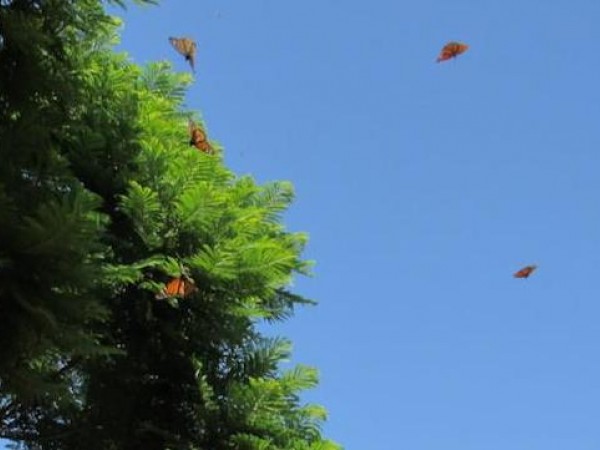 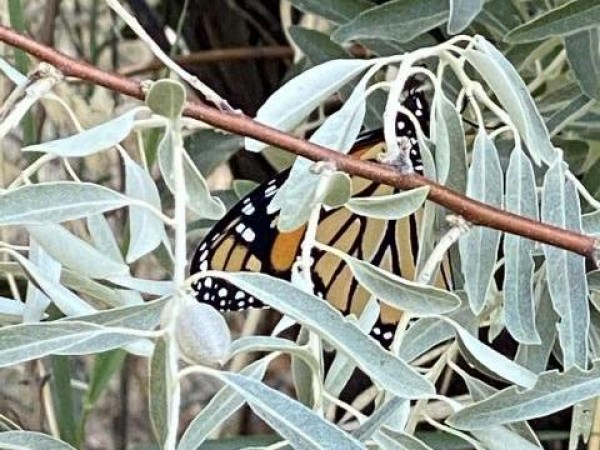 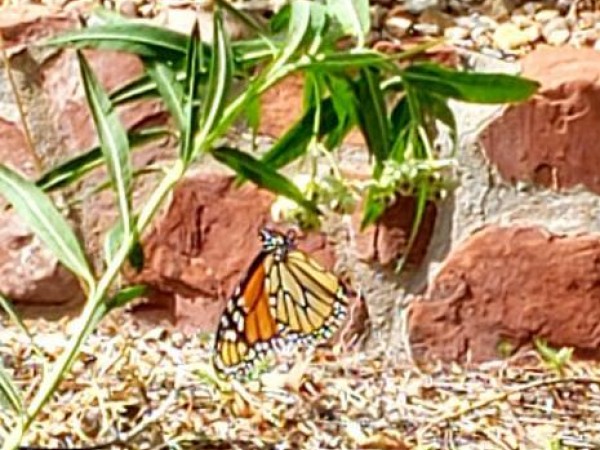 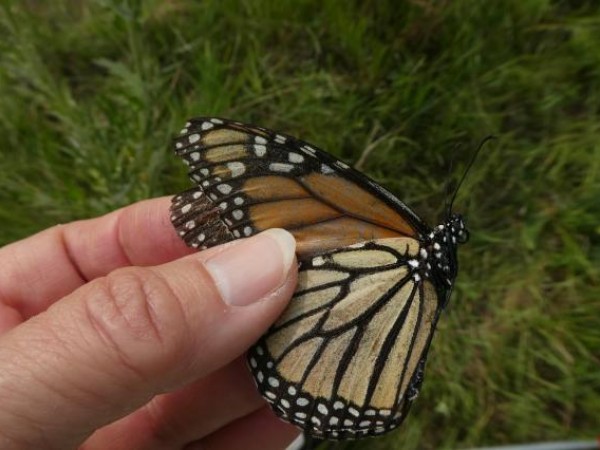