Note: Observations highlighted in this report are from September 21–September 29. To explore more recent observations, check out “The Leading Edge” section of the news update and explore our maps.

Here is a sample of the recent sightings reported this week – be sure to see the photos most included as well:

James in Green Valley, Arizona, saw one monarch on September 21. “Saw my first Monarch of the Summer. Nectaring on Zinnia flowers.”

Celeste in McKinleyville, California, spotted one monarch on September 22.  “This is the third Monarch I have sighted at my Waystation in McKinleyville, California. A very zoomed in photo because she was nectaring and then passed through in about 10 minutes. The first was August 8 and the second September 20 however, I was unable to take photos of the first two so did not report them. I’ve had Monarchs nectar, oviposit and eclose in my garden for almost thirty years, with the exception of 2020, so this new sighting is Epic!”

Katie in Woodland, California found one monarch on September 29. “Very exciting - I have a small flower farm and saw our first monarch here. It flittered about in a native plant area I have with native milkweeds, before landing on a butterfly bush and then taking off.

C.J. in Las Cruces, New Mexico spotted one monarch on September 29. “I saw it at Leasburg Dam SP, on the Mogollon (River) trail, about 60-70 yards N of the S picnic area. It was in the same location as the last one I reported and it may have been the same one.”

The West seldom experiences large numbers of monarchs at one time during the migration. More singletons moving through an area over time are most commonly reported. But observers with keen eyes and an awareness of the season are fortunate to find them.

Denise Gibbs and her husband, Rob, had just this kind of encounter this week in Arizona. They saw few monarchs the last two years but still hopeful this Fall would be different. “This morning [Monday, September 27] we checked several areas for monarchs and found them.  At Montezuma Well grasslands, I counted 24 monarchs in a 10-minute walk on the trail, and several more passing over our car as we drove out.  The perched ones were nectaring on sunflowers, Golden crownbeard, and a few Bidens bushes by the garden area that had started to bloom.  I could have easily netted them to tag but do not have a permit.” They also found monarchs earlier that day. “At 8:45 this morning, we had a small roost of 5 monarchs together on a Hackberry tree along Clear Creek. Four flew when we got close, but this one opened his wings and elevated his abdomen to bask.” Check out the photos Rob Gibbs shared as part of their time in the field.

The Southwest Monarch Study also hosted a small (due to Covid restrictions) group to tag monarchs as part of the Flagstaff Festival of Science on Saturday, September 25 in Cornville, Arizona. We were worried we had gathered for naught – it was only 64 degrees and cloudy, not “butterfly weather.” The last two years the monarchs were a no-show at this event even though other butterflies filled the area. Then the sun peeked through a few cracks in the clouds, and monarchs started swooping down from nearby Willow and Cottonwood trees. The 16 first-time taggers tagged 7 monarchs and spotted at least 7 others nestled in the fields of abundant sunflowers and thistles in bloom. We were excited to see monarchs again!

Migrating monarchs are hungry for good nectar to build their lipids to sustain themselves through the winter. Be sure to have fall blooming nectar available to feed monarchs on their long journey to the overwintering sites. Keep an eye on plots of migration nectar maturing to bloom and be ready to enjoy this spectacular event. Keep your camera or phone handy and take photos to report to Journey North.

Always report your monarch sightings in every life stage. Keep a camera in hand to document your findings. Include as much information as possible such as what the monarch was doing, feeding on, or any noteworthy find. Thank you for your support. Your contribution of data increases the understanding about monarchs.

Medford, OR
Photo by: Robert 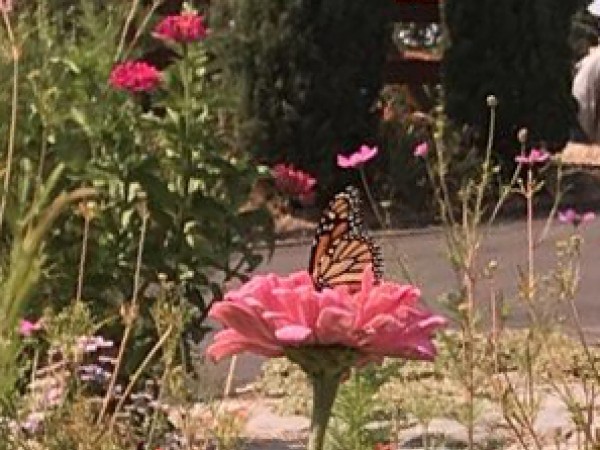 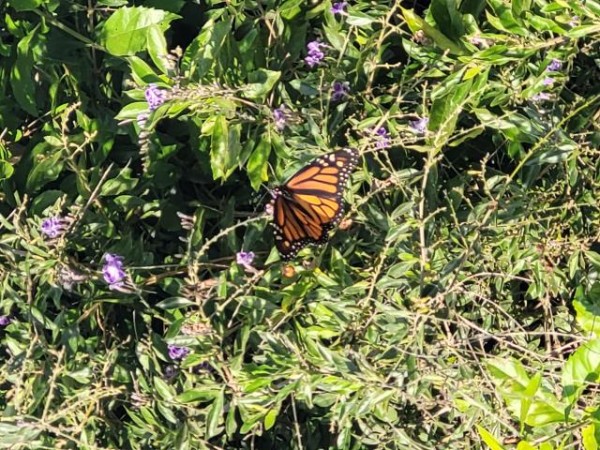 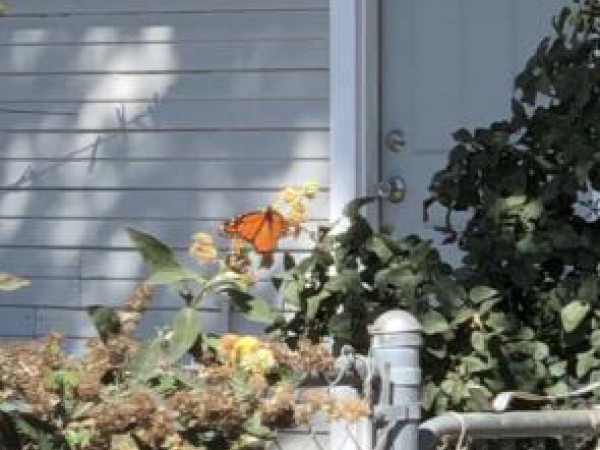 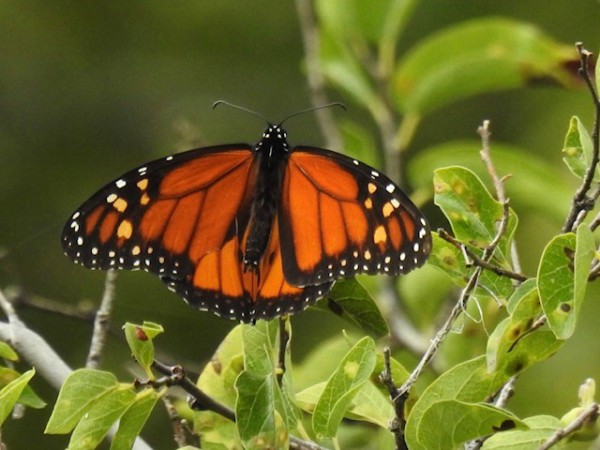 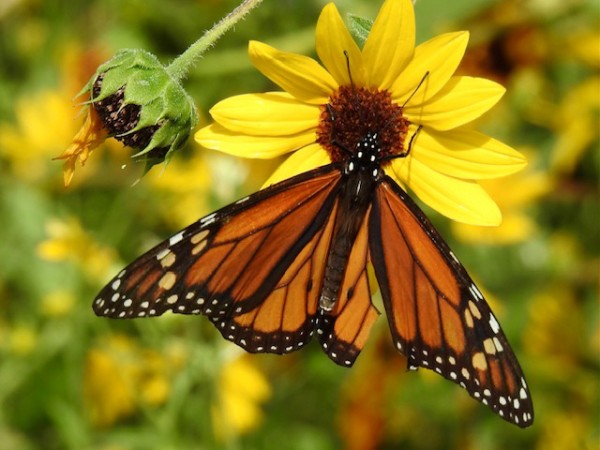 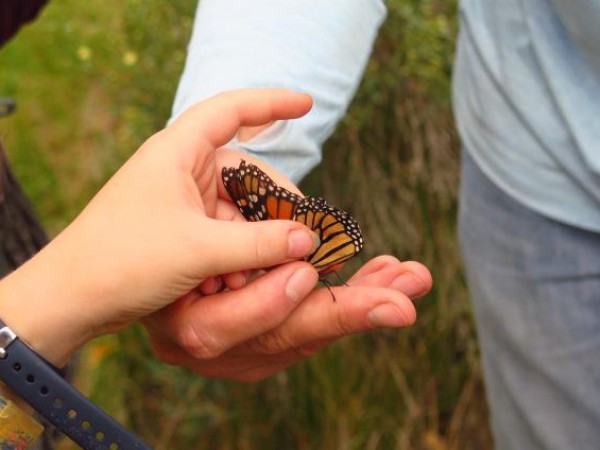 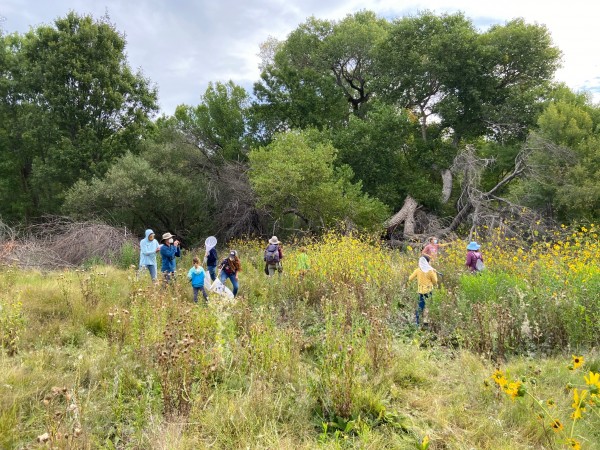