This week monarchs are still being reported in all the Western states except Washington as they journey towards their overwintering destinations. They are now appearing in larger numbers in Arizona and California, expanding towards the West and some also to the South. Favorable conditions of warm and sunny days are helping monarchs on their way.

Kari found one monarch in Soquel, California, on October 1. “Perched on Japanese maple in backyard.”

Araceli in Hagerman, Idaho, saw two monarchs on October 2. “I was at the Hagerman Cemetery attending my grandmother’s funeral when 2 monarchs fluttered across my path and it was very lovely so I did more research about them and about their migration patterns because it seemed out of place.”

Further north in New Mexico, in El Rito, Miranda saw one monarch on October 3. “Was unable to get photo but saw monarch flying by.”

Patty saw her first monarch of the season in Tempe, Arizona on October 4. “Adult monarch in good shape nectaring on Gregg’s Mistflower in my backyard. Unable to get photo or determine sex.”

Meanwhile Darlene saw a monarch in Tucson, Arizona, on October 7. “One adult sighted.”

Thea in West Wendover, Nevada, had a rather startling encounter with a monarch on October 11. “Very windy day, adult monarch was laying on its side on my front walk. I gently picked it up and brought it inside to rest, it is really weak. I offered it a little water and it isn’t interested, even in sweetened water. I will be putting it outside again after it rests for a bit. Hopefully it is strong enough to recover from being knocked down. After 5 minutes he seems to be a little perkier and moved his antennae a little.”

Not all reports this week in coastal California were of migrating monarchs. Some monarchs are still breeding and laying eggs in these warmer areas. On October 6, Patricia in Oxnard, California, saw 4 monarchs in her yard. “They’re still reproducing. One female was laying eggs.”

Signs of the Migration

Warm, dry days help monarchs on their migration especially with winds that can support their flight. While winds from the North and Northeast help monarchs in the Eastern half of the country migrate, in the West winds from the East also can boost their flight high above the ground depending on where monarchs migrate. When the winds are unfavorable for high flight, they are forced to stay low to the ground, so we often actually see more monarchs. They may find large fields of nectar or riparian corridors to refuel their fat reserves for their migration. You can read more about this phenomena in A Note From Texas

While clusters of monarchs are frequently reported in the East during the migration with their larger number of monarchs, small clusters can also be seen in the West. The warmer temperatures in the Southwest corridors can act as a funnel increasing numbers of monarchs flying in from the northern region West of the Rockies as they merge with monarchs in Arizona, Nevada and Utah. As they fly to California and Mexico, monarchs can often be found in small numbers on trees near rivers and ephemeral creeks with good nectar nearby – the perfect “Bed and Breakfast” for a night stopover! Keep your eyes open and report any sightings.

Migration is still in progress! Remember to take your camera when you are traveling or on a hike or even in your own backyard. Thank you for reporting all your observations – every sighting helps all of us see the bigger picture of monarchs in the West. Submit your observations to Journey North – we look forward to hearing from you! 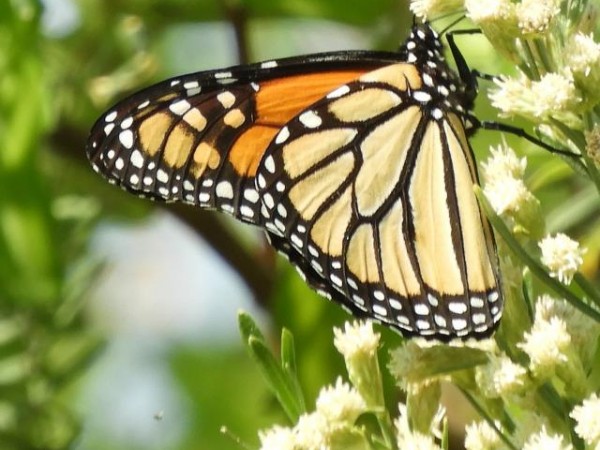 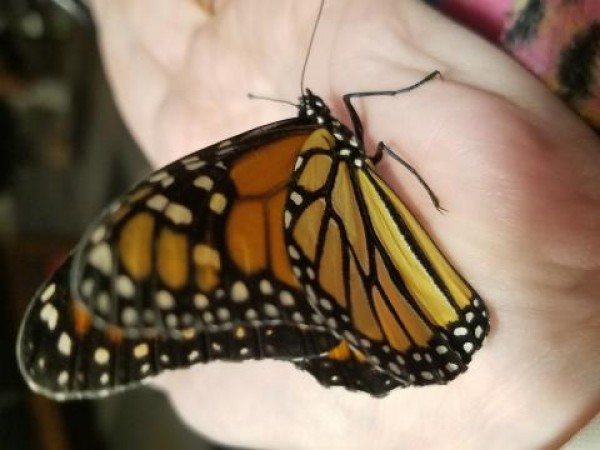 On A Very Windy Day 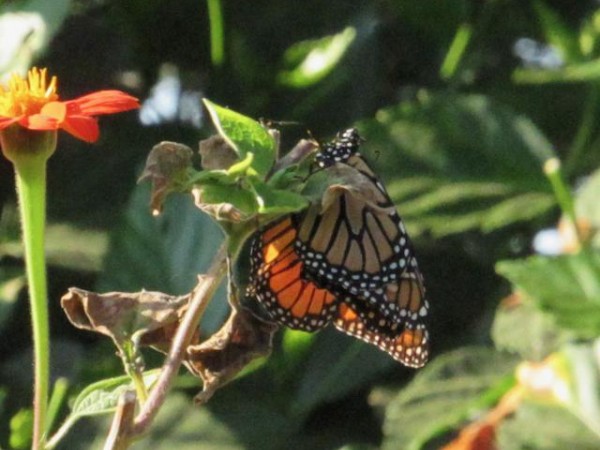 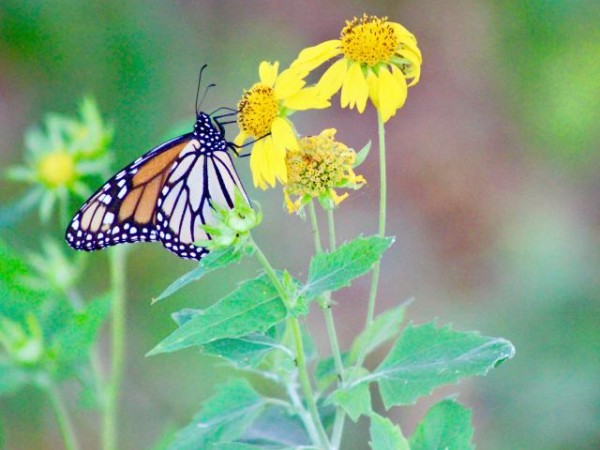 A Note From Texas on Cold Fronts and Wind Directions

Monarch observed by a lake. Photo by: Debbie (Somerville, TX. 2019) 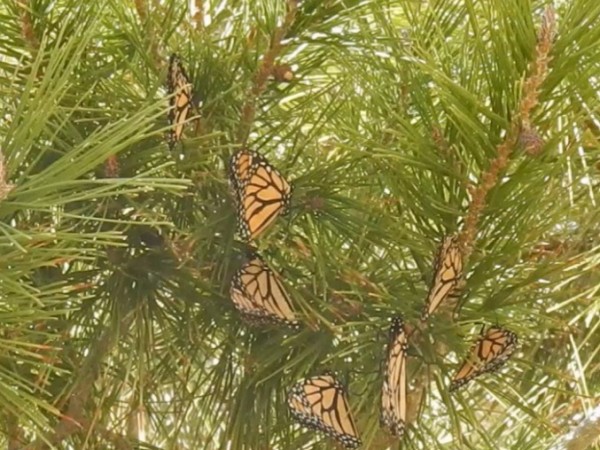