As a major storm system trekked through the West, monarchs rode its brisk Northerly winds into the lower elevations of Arizona and New Mexico this week. At the same time monarch sightings also increased in Northern California as monarchs edged closer to their winter homes.

With freezing weather bearing down on Utah, field conditions were rapidly changing. Lindsay Martinez’s internship at Dinosaur National Monument in Vernal, Utah, came to an end last week but she took time to send her final report.

“There were pretty limited adult sightings with the colder temperatures and the end of blooming for most of the nectar plants. Interestingly we found 6 late instar caterpillars today at Ouray NWR. The weather will be below freezing the next few nights so we hope they can make it.”

Freezing temperatures also gripped the higher elevations of Arizona slipping into nearby valleys where monarchs were still present. A week earlier Terri in Sedona found 5 to 10 monarchs at the community garden. Then the deep cold changed everything.

“We had a heavy frost at the garden and all the flowers the butterflies used as nectar sources are gone. Hope next year is better.”

Sharon in nearby Camp Verde, Arizona, found a pleasant surprise on Sunday morning, though.

“Brief glimpse of adult monarch flying by, but too quickly to identify sex. Condition looked very good though. Moved on to neighbors yard to the south. We still have plenty of blooming cosmos, zinnia, and butterfly bush in spite of recent freeze.”

Further South in the greater Phoenix area, Bob in Chandler, Arizona, found small numbers of monarchs flying through the yard starting on Friday, October 11. Almost a week later than most years, this was a welcome sight.

“Just a few at a time but two or three would stop to fill up on nectar in the yard and leave flying South.”

Several observers in Northern California saw their first monarchs of the season appear. On October 14, James in Davis, California, looked up and spotted saw his first monarch flying overhead. Just a day earlier, Redona in Roseville, California, found a surprise on October 13:

“First ever sighting in my yard in 20 years!” link

“Western migration continues, such as it is…still far less than last 4-5 years.” 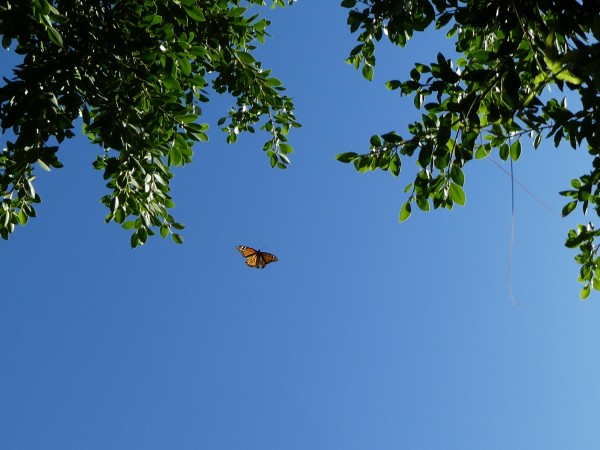 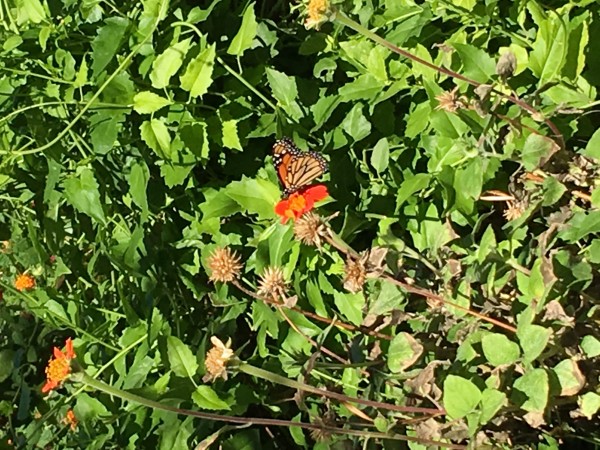 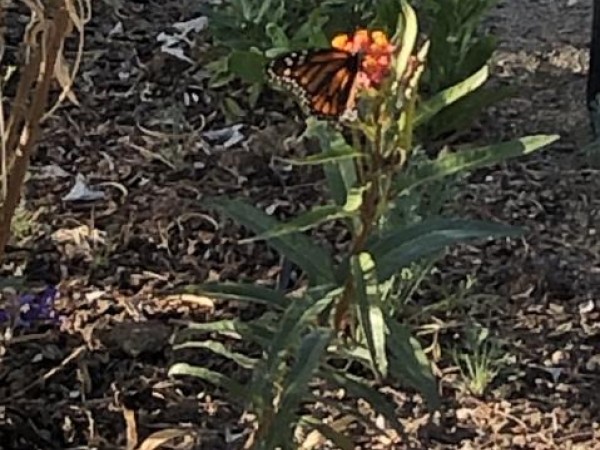