This week the sunny and warm days but chilly nights urged monarchs to hurry to reach the safety of their overwintering groves! As they near the end of their journey, monarchs have been sighted in Arizona and California moving towards the California coast or south through Arizona towards Mexico.

Monarch sightings popped up around Arizona this week and many people were excited to see them visiting their yards.

Patty saw one monarch on October 14 in Tempe, Arizona. “Adult female flying around my yard and rested in Sweet Acacia tree. Sunny day, about 91 degrees, with wind from the North at 4 mph.”

Della found one monarch on October 15 in Phoenix. “Possibly the same one as yesterday but a much better photo.” The next day Della visited Boyce Thompson Arboretum (BTA) in Superior. “I saw two adults nectarine [sic] on the ageratum. Both in good condition.”  We reached out to Della for more information on her back to back migration sightings in the region miles apart. Male queen butterflies especially love the ageratum flowers at BTA. They acquire an alkaloid from the flowers when feeding that they sequester that later makes them attractive and appealing to female queens. “There were approximately 5-7 queens on the ageratum in the pollinator garden at the same time as the Monarchs. There was one sulphuric [sic], one white and a small checkered one that I could not identify. That was around 10:30am and we hit 102F later so pretty hot.” Sometimes we can tell if monarchs are breeders or migrators by their behavior. Migrators tend to focus heavily on feeding while breeders can become aggressive driving out other butterflies or can be seen laying eggs. “They were almost exclusively focused on feeding. I did notice one skirmish when a queen and a monarch bumped in to each other but that was the only instance. Conversely the monarch at my house spends 80% of its time doing circles, around the spot with the milkweed. Both the milkweed at my house and half the ageratum at BTA are in quite a bit of shade. I guess I had the incorrect idea that butterflies don’t feed in the shade.” Della also mentioned that it was really windy at BTA the day she visited. The pollinator garden was a great place for the monarchs to fill up on nectar!

In the greater Phoenix area in Arizona monarchs usually first appear in the eastern towns of the greater metropolitan area. Claudia was the first to see a monarch in Peoria, on the west side, on October 17. “Female adult Monarch on Milkweed in my Peoria, AZ butterfly garden. 10-17-2020 3:45pm. Sunny, clear, no appreciable wind. Spent over an hour around the garden. Garden is 1/4 acre with many nectar sources and 20 milkweeds of 3 varieties. Many Queens over past week, this is 1st Monarch sighted this season.” If you look closely it looks like this female may be ovipositing, or laying an egg, with her abdomen curled upward. This leafless milkweed is Desert (Rush) Milkweed, A. subulata, a native succulent milkweed common in the lower deserts of Arizona. Claudia will keep an eye out for eggs and larvae in the upcoming days.

Andrew in Dewey, Arizona saw one monarch on October 18. “Large male migrator nectoring in my backyard pollinator garden. Hung around for quite some time, visiting various parts of the backyard.”

Cathy in Prescott, Arizona, has been scouring the rugged area looking for monarchs for weeks and has only found an occasional singleton. On Sunday, October 18, Cathy looked out and found three monarchs on a butterfly bush in a feeding frenzy. “All healthy males nectaring on butterfly bush.”

Meanwhile monarchs were also numerous and on the move in California.

Melissa saw one monarch in Mill Valley, outside of San Francisco, on October 14. “Monarch floating among our wild flowers!”

Sandra in Woodland, California, found one monarch on October 15. “Nectaring on a Tithonia (Mexican sunflower) flower. Monarch was in the area 6+ hours.”

On October 16 Michelle reported four monarchs in Oakland, California. “So lovely to watch them all day, they land frequently on the milkweed but also on other flowers esp. orange blossoms.”

Monarchs are reaching the last leg of their journey as they enter California and stream through Arizona. But with warm weather still in progress keep an eye on the sky and flower patches for laggers still on their way.

Migration is still in progress! Remember to take your camera when you are traveling or on a hike or even in your own backyard. Thank you for reporting all your observations – every sighting helps all of us see the bigger picture of monarchs in the West. Submit your observations to Journey North – we look forward to hearing from you! 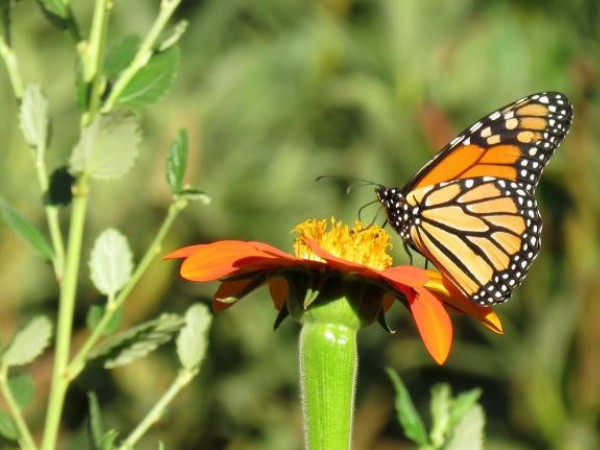 Nectaring on a Tithonia 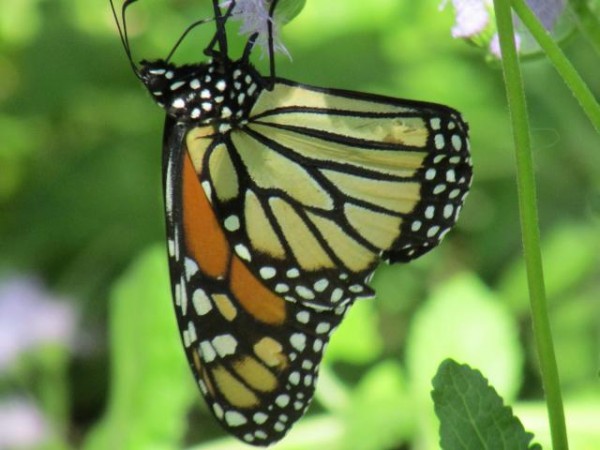 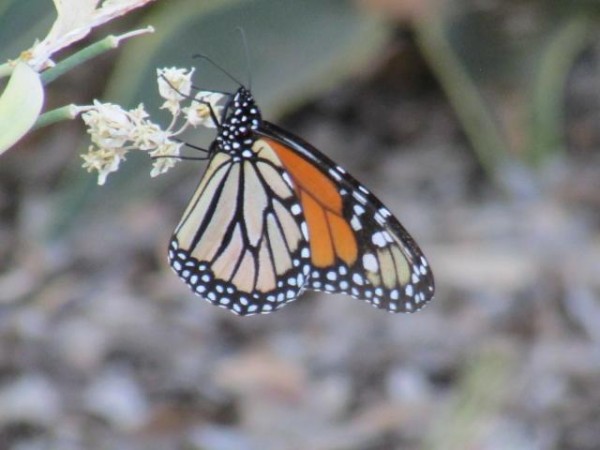 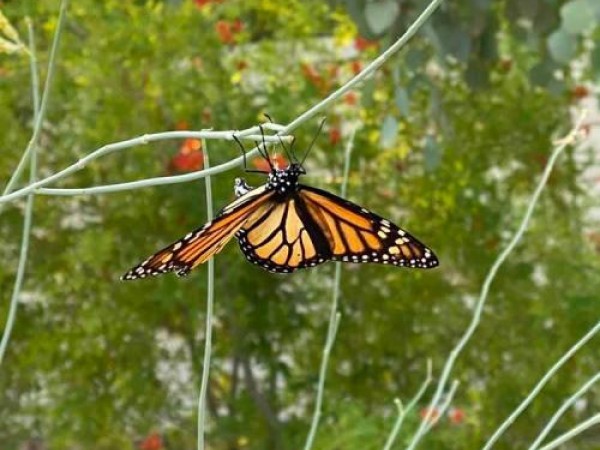 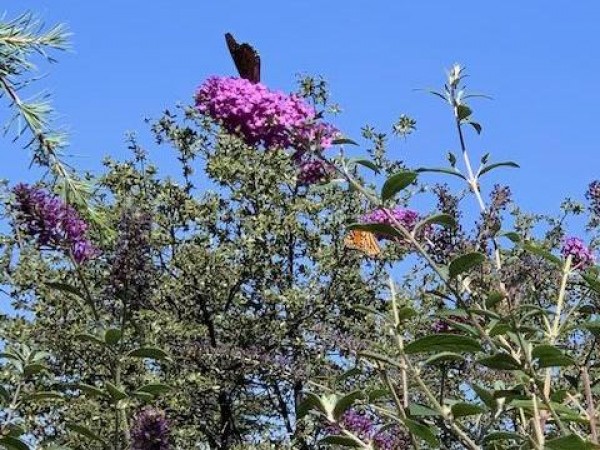