Hurrying on their Way

Winds from the north helped monarch numbers explode in the greater Phoenix area in Arizona this past week along with sunny days and warm temperatures. Monarchs also were reported in New Mexico and California and near their migration destinations. But as this new week dawned, a drastic change in weather conditions in the Southwest snuffed out further migration movement.

While monarchs continue their migration, late egg-laying was also reported in California and Arizona.

On October 17 Catherine found one monarch in Prescott Valley, Arizona. “Nectaring on rabbitbrush.” The next day she saw another monarch in nearby Prescott.  “Faded female laid 8 eggs on Asclepias subverticillata. She was also feeding on a dahlia.”

Jenna reported a monarch in Los Alamos, New Mexico. “On Saturday, Oct 17 about 2:30 pm, a very large Monarch butterfly flew into and out of a 3-sided garage on Camino Encantado. The colors were so beautifully vivid.”

Howard saw one monarch on his property in Tucson, Arizona, on October 18. “A pristine male that appeared recently eclosed was nectaring on Lantana camara.”

Claudia observed two monarchs in her yard. “Adult female Monarch landing on Bird of Paradise, Caesalpinia pulcherrima, in my Peoria, AZ pollinator garden 10-19-2020 4:00pm, sunny, calm wind. Fresh, appeared recently eclosed, believe she visited every blossom taking nectar. Observed her for over 40 minutes, many photos other. Many butterflies in the garden, many Queens. There was at least 1 male Monarch on the other side of the yard, chasing other butterflies…”

Kimberly in Avondale, Arizona, observed one monarch on October 20. “Adult monarch on milkweed [A. subulata].”

Monarchs are well known for following rivers in the dry West. Lora was in Lake Havasu, Arizona, near the Colorado River and found 4 monarchs on October 22. “Adults seen 1:50pm. They were bright in color and appeared healthy. No eggs found on milkweeds.”

Patty in Tempe, Arizona watched a monarch laying eggs in her yard. On October 24 she reported, “Found 14 Monarch eggs on Desert (Rush) Milkweed [A. subulata] flowers in my backyard. Saw female Monarch laying eggs on 10/22/2020.”

Craig observed one monarch in Gold Canyon, Arizona, on October 24. “I’m new to this site (and to Monarch Butterfly watching). This beauty appeared today.”

Violet found saw one monarch while she was out on October 26.  “Flying in the parking lot at Mee Memorial Clinic in Greenfield, California.”

Favorable temperatures and winds help support monarchs on their migration. But they screeched to a halt as an intense low-pressure system swooped in from the Northwest bringing near hurricane strength winds to parts of California and the Southwest followed by snow in the higher terrain. Cold night temperatures reached the 40’s in the lower deserts with 20’s in the higher elevations bringing hard freeze warnings. Monarchs can survive night temperatures to the middle 20’s and there are always warm, protected temperature pockets in select locations. We’ll wait to hear of new reports of monarchs in a forecasted warming trend for later in the week to see the effect of this early frigid system on this year’s monarch Fall migration.

Monarchs are reaching the last leg of their journey as they enter California and stream through Arizona. Keep an eye on the sky and flower patches for laggers still on their way. Migration is still in progress! Remember to take your camera when you are traveling or on a hike or even in your own backyard. Thank you for reporting all your observations – every sighting helps all of us see the bigger picture of monarchs in the West. Submit your observations to Journey North – we look forward to hearing from you! 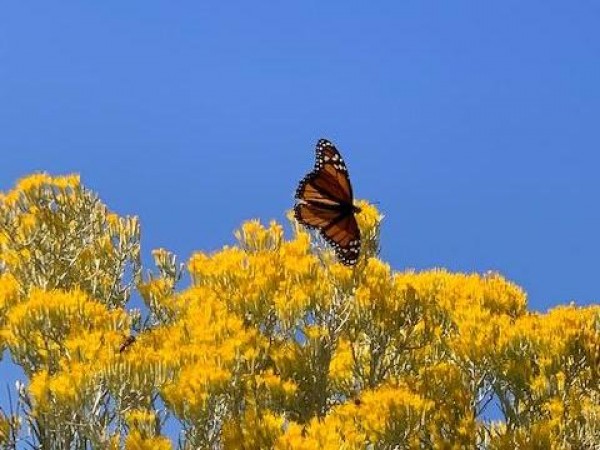 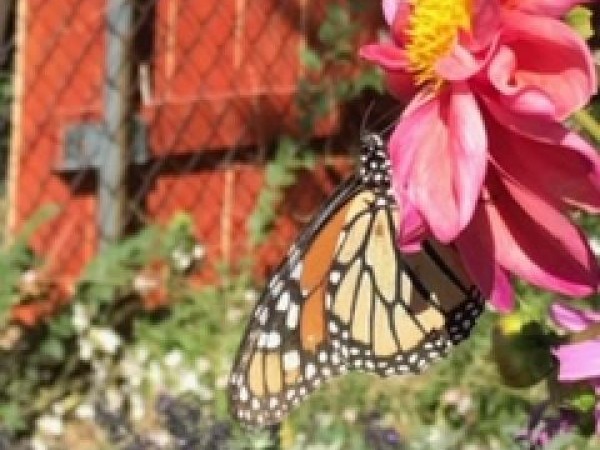 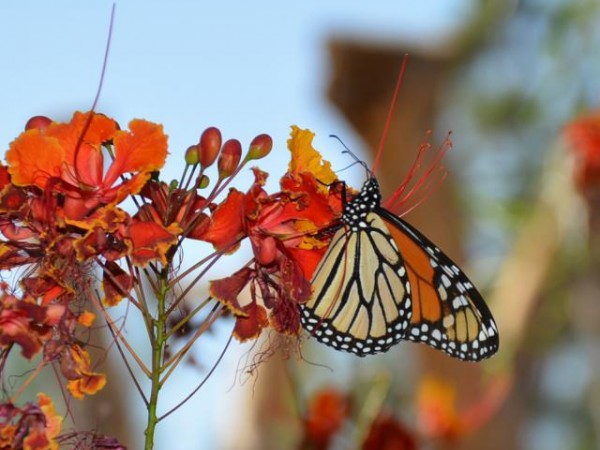 Many Butterflies in the Garden 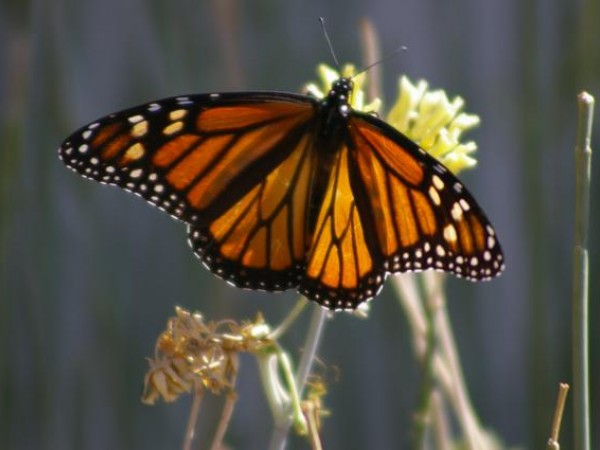 Oranges and Yellows of Fall 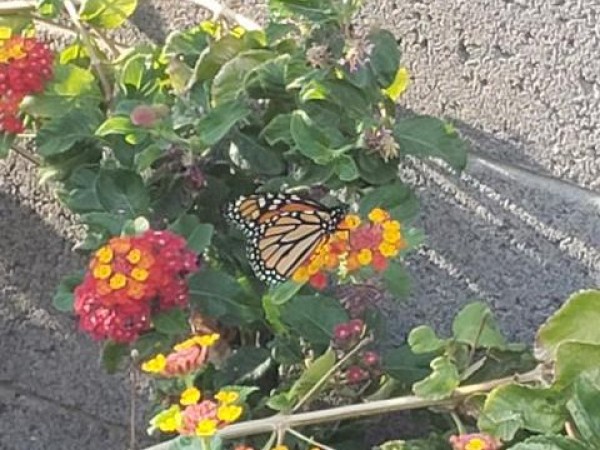 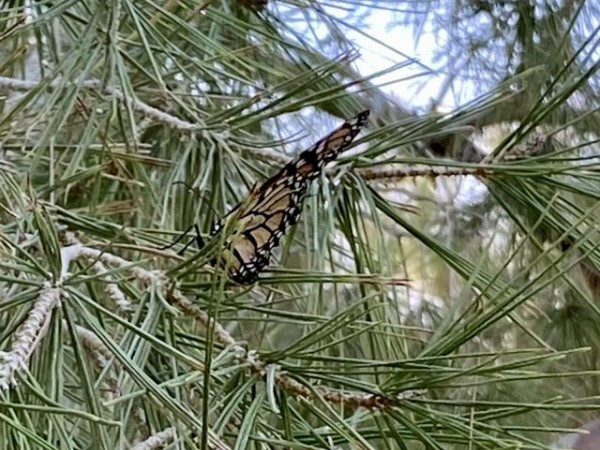 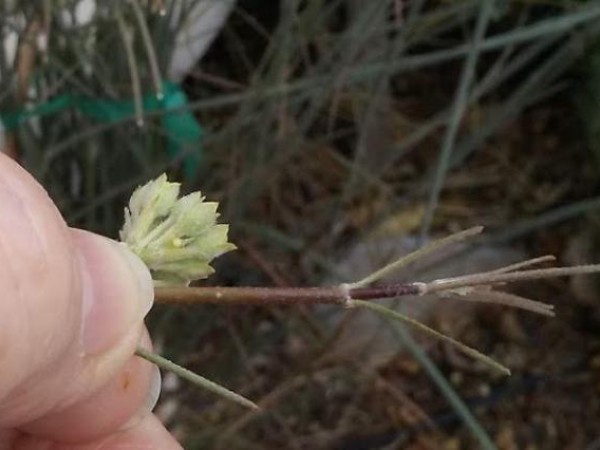 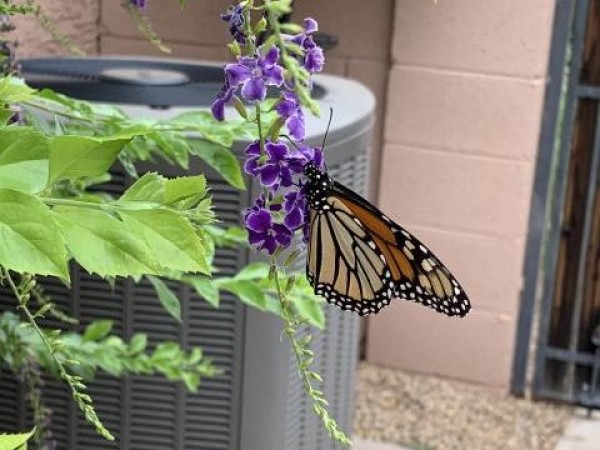