Hurrying on their way!

Sightings this week were scattered across the lower Western states as monarchs continue their determined flight moving through the area. Longer nights and gradually cooling days are encouraging monarchs to hurry on their way.

Temperatures were still warm and favorable for the monarch migration in West but cooler weather will move in later this week.

Linda found monarchs in The Sea Ranch in California on September 28. “2 monarchs flying and resting on buddleia.”

Bridget saw one monarch in Phoenix, Arizona, on September 30. “A perfect looking monarch was drinking from the zinnias in my garden about 10 a.m.”

Amanda found one monarch in Vallejo, California. “First Monarch I’ve seen at my house since we moved here and planted our pollinator garden over two years ago.”

Miranda spotted one monarch on October 3 in El Rito, New Mexico. “Was unable to get photo but saw monarch flying by.”

Michelle in Oakland, California, found two monarchs in her yard. “They likely overnighted in the garden, they were feeding and interacting with one another.”

Western monarchs migrating to the California coast have a shorter flight than those migrating to Mexico. But just like we need to refuel our vehicles on a long road trip, monarchs need to refuel their energy reserves as well. Nectar from flowers is key to support both their long flight and to help monarchs survive the upcoming long winter days when it may be too cold to feed.

Many parts of the West experienced stifling heat waves and shattered all time temperature records this summer. Coupled with significantly less rain than normal, many flowers for nectar along their flight path are wilting or stunted. Emerging areas of drought threaten normally abundant fall nectar resources adorning fields and roadways. Look near rivers and lakes, even ephemeral streams, to see if monarchs are using these moisture corridors for cooler temperatures and more flowers. You can see the most recent drought map here. If you live in Arizona, Nevada or California consider adding monarch favorite flowers to your yard to help them on their way.

Remember to take your camera when you are traveling or on a hike or even in your own backyard. Thank you for reporting all your observations – every sighting helps all of us see the bigger picture of monarchs in the West. Submit your observations to Journey North – we look forward to hearing from you! 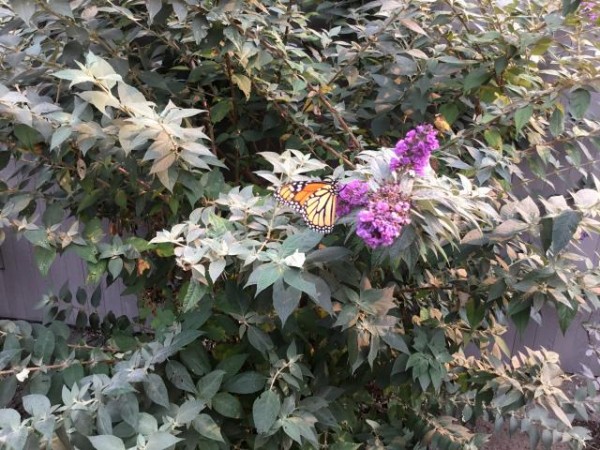 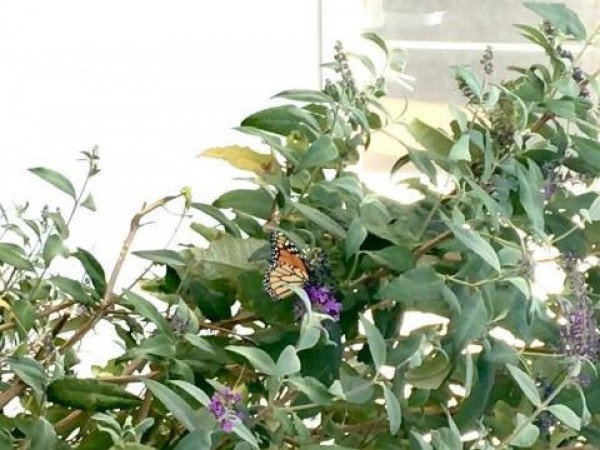 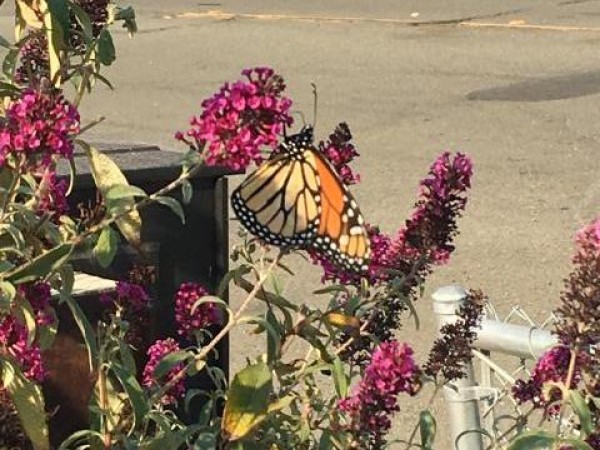 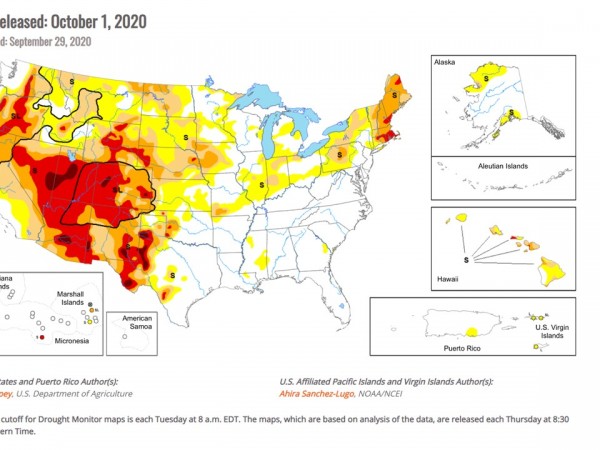