Monarch sightings increased in California as monarchs hurried to their coastal overwintering sites. But not all monarchs in the West migrate to California. Some monarchs migrate to Mexico as well. Monarch numbers appearing in Southern Arizona and the Southern deserts of California also increased this week as November’s shorter days encourage monarchs to their winter homes.

Connie Masotti is watching monarchs arrive at the Monarch Butterfly Sanctuary in Pacific Grove. Everyone is hoping more monarchs will continue to arrive the next few weeks before the annual Western Monarch Thanksgiving Count.

“We had 121 monarchs this last Friday, Nov 1, but that was triple the number the week before.  Really nice weather with almost no winds and daytime temps still in the 60’s, so monarchs could still be not coming into the sanctuary to roost.  Or at least that is the hope. This one guy has been around for a week or so and you can only marvel at his ability to fly still!”

Joyce reported two monarchs at her home in Mountain View, California on October 26.

“Two of many recent Monarchs visiting our garden. These appeared to be males guarding their territory, occasionally nectaring while waiting for females.”

In the lower deserts of Arizona, occasional late season monarchs are now appearing in the greater Phoenix and Tucson areas.  After a flush of migrating monarchs moved through in late September and early October, now there are more reports of monarch larvae. This happens every year in November and people are excited to find them. Unlike the East, the deserts of Arizona and California have evergreen native milkweeds, so they do not die back for the winter like other milkweeds. Desert (Rush) Milkweed, Asclepias subulata, stays green all winter and blooms through early December. Pineleaf Milkweed, Asclepias linaria, and Arizona Milkweed, Asclepias angustifolia, also are available through the winter months in some locations.

Where do they come from? Are these larvae from late breeding monarchs reaching the end of their lives? There is still more to learn! While daytime highs are reaching the low 80’s, temperatures plummet to the 40’s and 50’s at night due to the desert’s very low humidity. With these cooler temperatures, the monarch life-cycle as a larva and pupa takes much longer to complete. The lower deserts of Arizona and California have small numbers of monarchs all winter in most years unless there is a significant freeze. 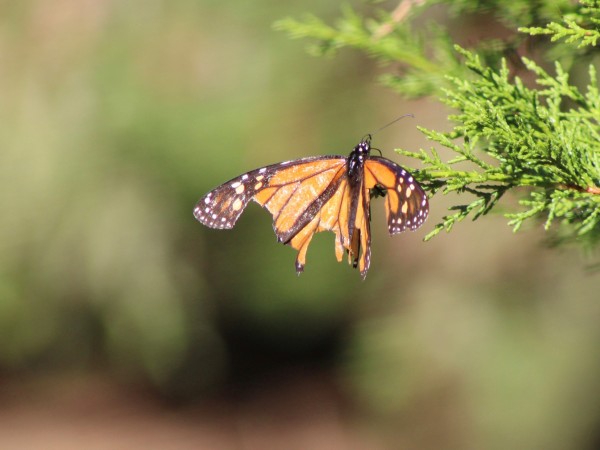 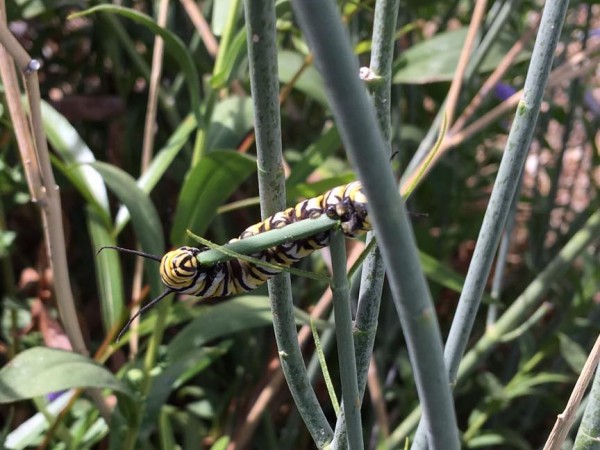 Monarch larva on A. subulata flowers 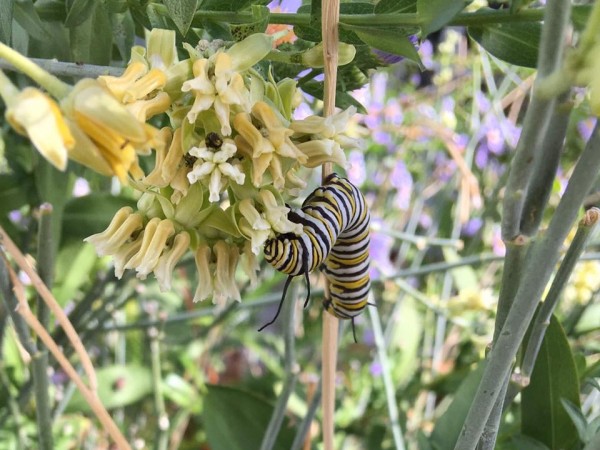 Monarch larva on A. subulata