Note: Observations highlighted in this report are from October 23–November 3. To explore more recent observations, check out “The Leading Edge” section of the news update and explore our maps.

New monarch sightings decreased in the Southern tier of the Western United States as the number of monarchs increased at overwintering sites along the California coast. Unofficial count tallies are higher than the previous three years, a hopeful omen for this year’s upcoming annual Thanksgiving Count, a point of comparison from year to year. Late flying monarchs appearing across the West hurried on their way as the fall migration nears its end.

Here is a sample of recent monarch reports in the West:

Alison in Cortez, Colorado, helped rescue one monarch on October 23. “I rescued this beauty out of my horse water trough. It was upside down and quite happy to be able to dry off in the sun on my friend’s black sweatshirt before fluttering away.”

On October 26 Steve saw one monarch in San Diego, California. “One adult flying in sparse tree canopy. not in a hurry. about 11:30 AM. sunny, breezy, mild.”

On the same day Anthony in Henderson, Nevada observed one monarch, “It flew through my yard in a N to S direction.”

In Coronado, California, Steve spotted four monarchs. “Marcy and I saw ~4 monarchs flying individually as we bicycled the path along Silver Strand Blvd. no photos. 11:30 AM. sunny, warm.”

Diane in Veyo, Utah, near the Southwest corner of the state spotted one monarch on November 3. “Adult Monarch Butterfly sighted near Veyo, Utah.”

The news in California is good this year in contrast to the dire observations just a year ago. Monarchs are continuing to gather in traditional coastal overwintering sites in clusters, a harbinger of the overwintering season. There is still abundant movement of monarchs through the transitional sites which is very common this time of year. In fact, as monarchs gather in Mexico, they have been observed to do the same until colder weather settles in the region for winter.

Last Friday our observer in Carmel counted approximately 3,000 monarchs, give or take 300. “It’s a great day!” Two days later on October 31 he noticed, “Many fewer here today - at least where they were a couple of days ago. Also, many new clusters in the Eucalyptus which I would guess came from the smaller pine clusters. Will do a solid count a few days from now. Early morning was colder, longer than last few weeks.” The next day on November first he observed, “Today I saw only 3 clusters - a pine cluster with approximately 160 (versus over 800 Saturday), another pine cluster with approximately 120 versus more than 500 on Saturday, and a new eucalyptus cluster of approximately 30.  About 15 flyers. I wonder where they are going?  PG (Pacific Grove)? This is an unusual pattern - or maybe it’s the usual pattern over a period longer than we’ve been here. A blessing to see them … “

Robert Pacelli was also watching the monarch numbers swell at Pacific Grove. He estimated 12,173 monarchs on November 3. On November 4, he thought the numbers were reaching near 15,000.

John Matusik and Diana Magor counted “ ~1,100 Dp (Danaus plexippus) in about 20 clusters in the shade at Natural Bridges this am., mostly E of the lower boardwalk that goes to the viewing platform, Nov 4, 3021 Between 9:00 & 11:00.These areas are shady most of the day.” Diana also “observed a mating on the upper meadow at 11:00. Sunny but wet grass. ~ 64F. Calm. Several inches of rain in the last week or so. Pond is almost full.”

John Dayton and Diana Magor counted “~ 200 at LIGHTHOUSE FIELD yesterday (November 3.) Clusters inside the grove in shade and outside on E side on small eucalyptus. No nectar flowers blooming.”

Emma Pelton of the Xerces Society shares, “We have preliminary reports of over 35,000 at CA ow sites!” This is much higher than the last three winters, something we can all be thankful for this season of gratitude. 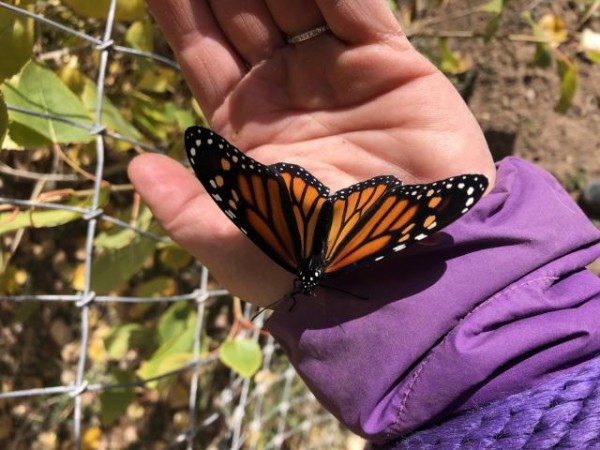 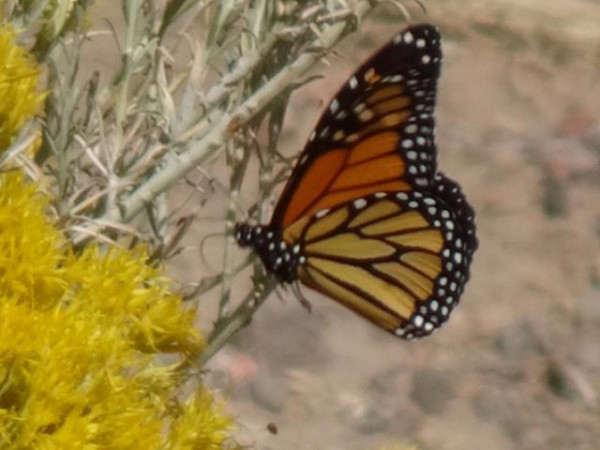 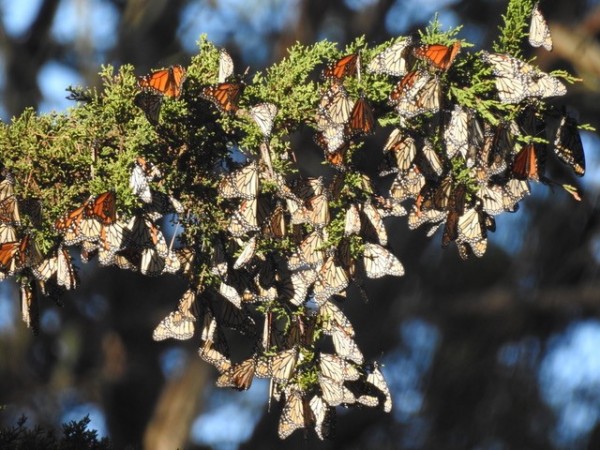 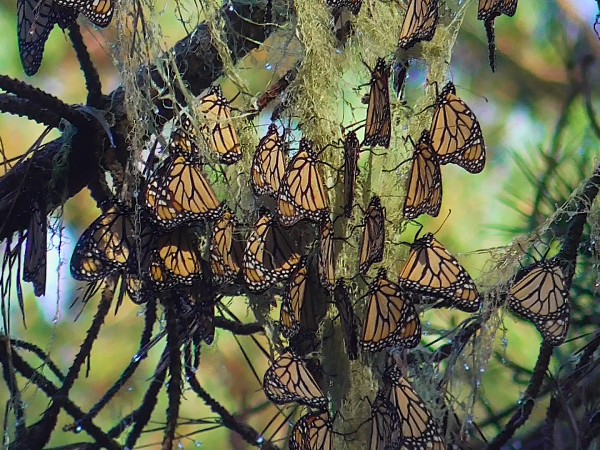