Butterfly behavior is confounding us this season. As any local can tell you, the monarch colony on Cerro Pelon alternates sides of the mountain every year. Every other season it’s an El Llano year, as the butterflies begin by roosting high above this majestic meadow on the southeastern side of Cerro Pelon’s peak. In other years, they occupy Carditos, an area southwest of the peak and above a meadow called La Lagunita. Last season was an El Llano year, and so this season, of course, should be a Carditos year.

But it’s starting to look like the butterflies may have other plans. In fact, they may have many plans: as if as of this writing, they’ve formed three distinct colonies.

Or maybe the monarchs of Cerro Pelon have always been this fickle and I just never had the time to notice. Normally, we would be getting our B&B ready for guests right now: retouching the paint, hanging new art, restocking the wine, all in preparation for the reservations I’d postponed until November 21, what would have been opening day for the butterfly sanctuaries.

But there’s nothing normal about this season in which we’ve lost 100% of our business. A lot of people in Macheros depend on us, so we’re hoping we can continue to make payroll by selling virtual butterfly experiences. This pivot means that I’ve started watching and documenting the butterflies intently. Truth be told, I’ve had a lot of information about them ever since we started Butterflies & Their People in late 2017. The forest guardians turn in photos, videos, and observations to me on a regular basis, but I never had the time to interpret and curate this this bounty of material before.

This year of crisis and opportunity has also given me the time to write to you, dear Journey North reader, to tell you that butterflies keep coming and coming and coming, staging massive arrivals all through last weekend. The cool, cloudy skies filled with them, flying high overhead, and by the end of each day, the branches in their nascent colonies drooped with new arrivals.

This season’s slow down also means I can go see the colony for myself without worrying about guests getting the right picnic lunch. Joel and I went up November 4th, and we were able to dally, starting our descent after 4 pm. As we were walking along a trail with a view overlooking Zitacuaro, we could see two layers of monarchs flying over our heads. The low flying ones were all headed in the direction the La Lagunita colony that we’d just left. But another higher layer of butterflies were flying straight towards El Llano.

“They can’t be going to El Llano, they were there last season,” I said. “Didn’t they get the memo?”

“Maybe they’re just circling around the mountain on their way to La Lagunita,” Joel replied.

Three days later, Ranger Pato Moreno and the forest guardians trekked over to El Llano. Lo an behold, high up on the steep slopes above, they discovered a third agglomeration. It had all the hallmarks of a stable colony, Pato explained: the clusters hung low in the trees and some of the butterflies were wrapped tightly around the tree trunks. They counted at least 35 trees above El Llano, while the La Lagunita colony boasts only half as many. In contrast, the first roost of the season, spotted in Carditos on October 28, appears less stable because the butterflies are only occupying the tops of these five trees. Of this first formation, Pato remarked, “Solo estan descansando.” They’re just resting.

Where these sleepyheads will go, and, as many of you are making late season sightings, which of the colonies subsequent arrivals will choose, remains to be seen.

I’m just grateful to be here to see it.

Ellen Sharp is the co-owner of JM Butterfly B&B, located at the Macheros entry of the Cerro Pelon Monarch Butterfly Sanctuary. She is also the co-founder of Butterflies & Their People, a forest conservation non-profit that employs six guardians in the Cerro Pelon Sanctuary. Sharp holds a PhD in cultural anthropology from UCLA. More of her writing is available at ellensharp.com 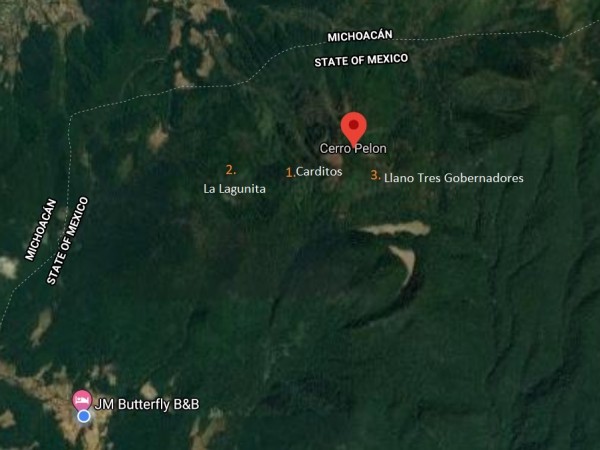 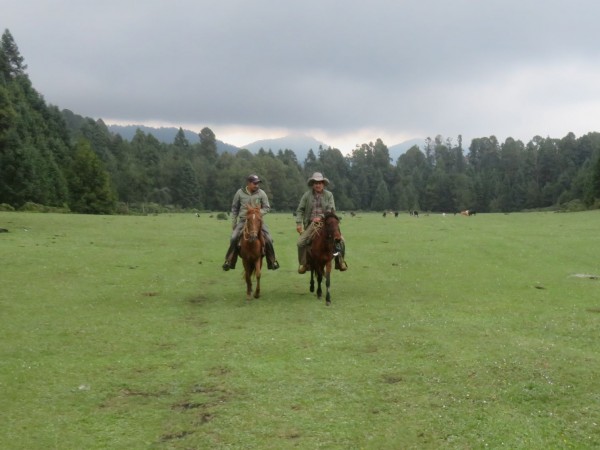 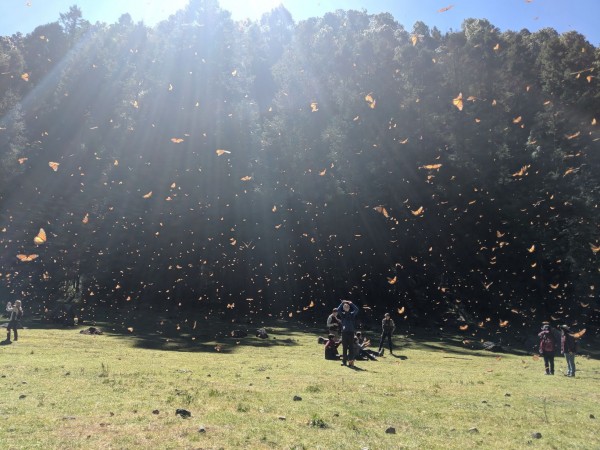 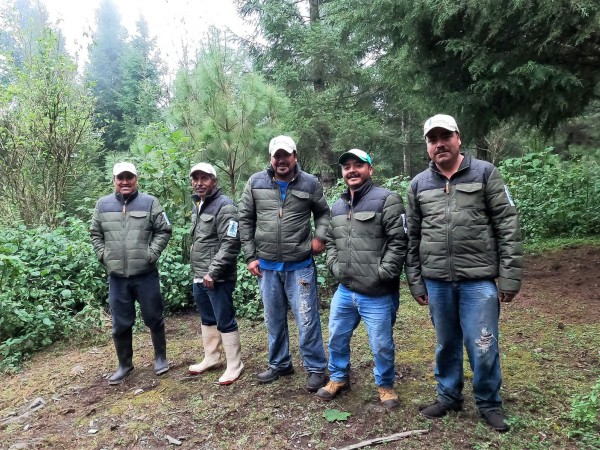 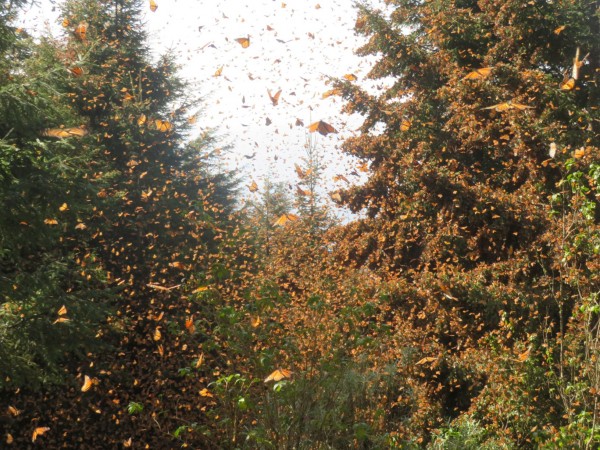 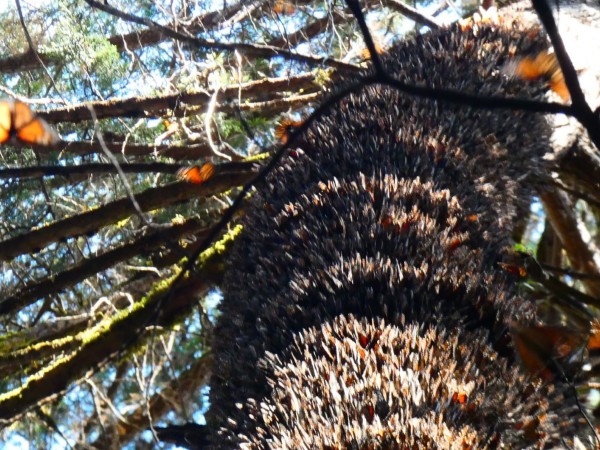