On the Home Stretch

Cold, snowy, wintery weather descended on many Western states this weekend as monarchs hurry to reach their overwintering destinations along the California coast and in Mexico. Monarch sightings were once again limited to the lower deserts of Arizona and California.

Patricia reported four monarchs in Oxnard, California on October 26. “They arrived together when the Santa Ana winds subsided. They roost in the Jacaranda trees and feed on zinnias and tithonia in our garden below. Three males, one female. Strong gliders not flutterers. Possibly early migration strays? They’re two weeks early.”

Yurik found one monarch in Emeryville, California also on October 26. “First one I have ever seen on the property in 8 years of living here. I have attempted to grow Showy and Narrow leaf milk weed and it never got very big an it had long since died. So I was super surprised to see this visitor stopping by for some food. I am thinking it is a female. SO exciting. there have not been many monarchs since I was a kid.”

Patty counted 40 eggs and several larvae in Tempe, Arizona on November 9. “I counted 40 eggs and several monarch larvae on A. subulata and A. curassavica in my yard. Today I found 10 stage one instar, 3 stage two instars and 2 stage three instars. There have been adults flying around the yard since Oct 4th and the weather has been between 70-90 degrees during that time.”

Ramona spotted one monarch in Marana, Arizona, on October 31. “No picture…happened quickly. It was about 3:53PM AZ time (know this because I texted my husband)…I was poolside at my hotel in Marana, and an adult monarch flitted over my head, bobbing in the breeze and then flitted off as quickly as it arrived.”

Judith saw one monarch on November 4 in Mountain View, California. “Flying over garden.”

Stephanie was the first person to report a monarch in Yuma, Arizona, on November 5. “When I stepped outside my house around 1:30 p.m. I saw a monarch butterfly flying near my front lawn. It was going westbound.”

Further North along the Colorado River, Iora found one monarch in Lake Havasu, Arizona, on November 7. “Seen near milkweed and nectar plants in butterfly garden of Los Lagos homeowner’s association.”

On November 8 Della saw a monarch in Superior, Arizona. “At 10:15am my friend Jill spotted an adult Monarch flying about 10 feet overhead at the entrance to Boyce Thompson. We checked in the pollinator garden but could not find it. It looked in good condition but sadly I did not get a photo. It was windy at BTA and about 77°F when we saw it.”

Community Scientists across the West have been tagging migrating monarchs and a few of them have been spotted en route to the overwintering sites. Most sightings are live monarchs nectaring on flowers refueling for their journey. Monarchs of the Pacific Northwest started tagging in August and here are some of their sightings:

The Southwest Monarch Study also had one tagged monarch sighting. Unfortunately, this one was deceased but we were fortunate to learn more about the Western migration through his life.

As monarchs near the overwintering sites we are hoping to hear of more tagged sightings along the California coast and in Mexico. Each one adds a piece to the migration mystery puzzle in the West.

Monarchs are reaching the last leg of their journey as they move through California and Arizona. Keep an eye on the sky and flower patches for laggers still on their way. Remember to take your camera when you are traveling or on a hike or even in your own backyard. Thank you for reporting all your observations – every sighting helps all of us see the bigger picture of monarchs in the West. Submit your observations to Journey North – we look forward to hearing from you! 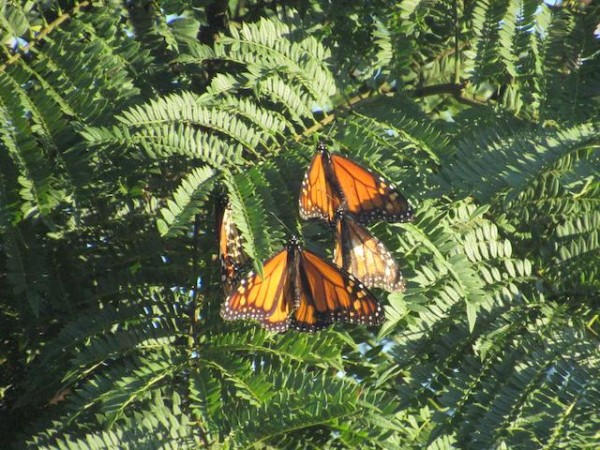 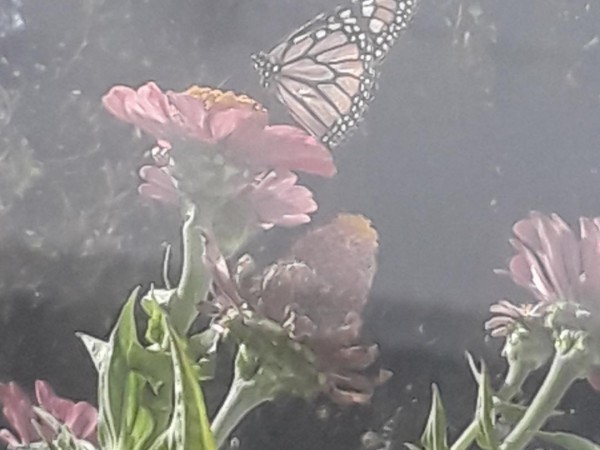 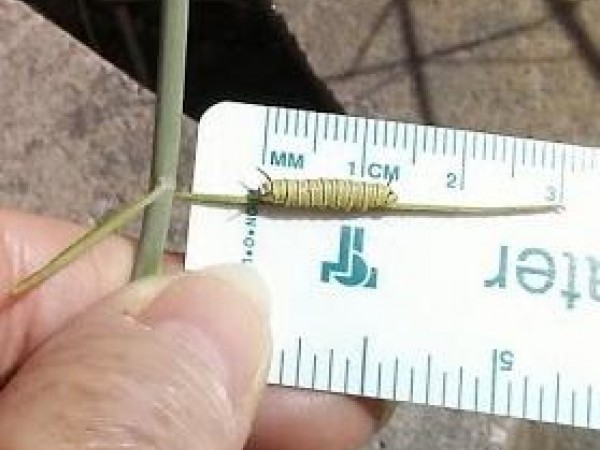