Note: Observations highlighted in this report are from November 4–November 10. To explore more recent observations, check out “The Leading Edge” section of the news update and explore our maps.

The news is good in California! Unofficial counts totaling over 50,000 monarchs are appearing along the California coastal overwintering sites this week. After last year’s frightening drop to under 2,000 monarchs during the annual Thanksgiving count, everyone is excited by the appearance of so many unexpected monarchs. But monarchs are also appearing as singletons across the deserts of the Southwest, an annual trend as the season progresses. Soon monarchs will lose their urge to migrate and settle where they are for the winter. Warm fall temperatures and the lack of storms are making it easy for monarchs to move through the lower deserts of Arizona and New Mexico as well.

Here is a sample of monarch reports this week in the West:

Kathy spotted one monarch in Queen Creek, Arizona on November 4. “One.”

Geenah also saw one monarch on November 4 in West Sacramento, California. “I saw a Monarch fly through my backyard.”

Sharon enjoyed one monarch visiting in Camp Verde, Arizona on November 6. “Beautiful fresh female monarch feeding on Butterfly Bush in my garden. Only there for a few minutes and then moved on. We still have many flowers blooming in our area, even though we’ve had several freezing temps overnight.”

Della saw one monarch by her house in Phoenix on November 7. “A male, the first at my house, arrived around 2 pm. It was very timid compared to the previous female Monarch visitors. It was not able to land on either the Ageratum nor the Milkweed. It circled around and around, attempted a landing only to be chased away each time by the Queens. Looks in good condition. Sunny with some clouds and 86F, no breeze.”

Joan in Hayward, California, spotted one monarch on November 7. “I looked out my window and I saw the Monarch butterfly. It flitted around my yard and my neighbor’s yard. I have several milkweed plants, but it did not hang around them. I don’t think it came from my yard. I could not see any milkweed plants that had been eaten. It seemed to like the flower on this succulent. I assume it was getting some nectar from the flower.”

Emily was surprised to find one late monarch flying while visiting Moab, Utah with a friend on November 8. “Overcast but warm… in the 60s. Flying downstream direction. Seen at the Potash boat ramp, Canyonlands NP.”

Kathy in Laguna Niguel, California saw one monarch on November 9. “I have been seeing one to two Monarchs each day. Unable to see if it was a male or female.”

C. J. reported one monarch in Mesilla, New Mexico and November 10. “I didn’t get a photo but it was definitely a Monarch.”

Monarch enthusiasts in California are thrilled with the number of monarchs appearing this Fall. Robert Pacelli now estimates the Pacific Grove monarchs numbers reaching “over 15,000.” Diana Magor reports, “John Matusik, who estimated Eselen (traditionally spelled Esselen) at 10,000+ and Pismo Beach at 18,000, is REALLY good at counting. He counted with me at Natural Bridges last week and found a lot of small clusters I missed, but saw when he pointed them out to me. Upper Walden in Carmel Highlands S of Monterey is about 300. Santa Cruz County: Lighthouse Field in Santa Cruz is 100. Moran Lake is about 100. I found a new colony (ie: not on the Xerces list) on a private site in Watsonville near the beach and counted 10 there yesterday. The official Santa Cruz count will be held on Nov 22.”  This time of year it is normal for monarchs to continue to move through the area with some transition sites where monarchs commonly appear as part of their trek to sites where they will spend the winter. In the near future most of the large scale movements will slow.

The official annual Xerces Monarch Thanksgiving Counts begin this weekend and lasts for two weeks. Soon, we’ll have official numbers to compare from year to year. 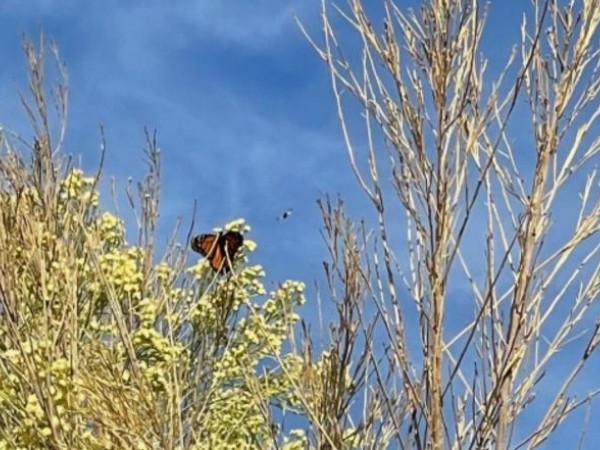 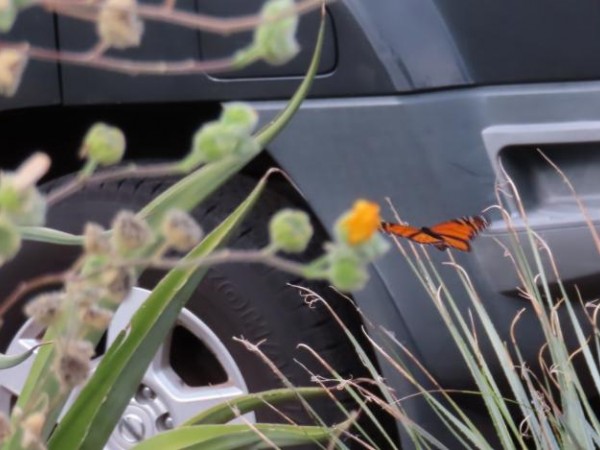 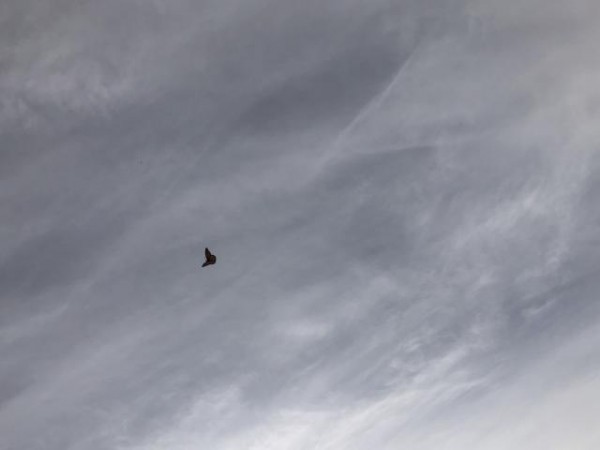 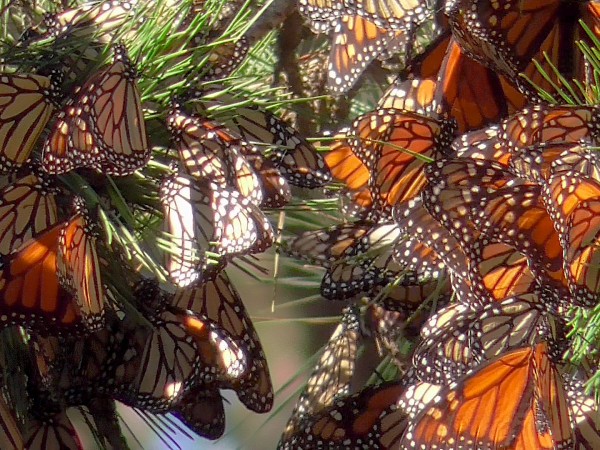 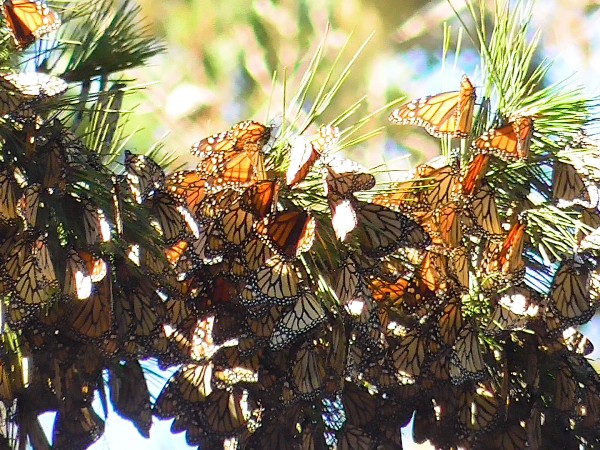