Note: Observations highlighted in this report are from previous weeks. To explore more recent observations, check out “The Leading Edge” section of the news update and explore our maps.

The California monarch overwintering sites’ numbers are rising as monarchs gather in larger than expected numbers after last year’s population crash. The annual counts are now taking place and soon we should hear the official numbers for this season as a point of comparison to earlier years. At the same time, sightings of single monarchs continue in coastal California. The Arizona lower deserts are seeing more monarchs appear late in the season as well.

Here is a sample of monarch reports this week in the West:

Effie in Pismo Beach, California, found one monarch on November 11. “Female Monarch flitting from plant to plant in native milkweed patch, that has only a small amount of growth after having been cut back. Appeared to be laying eggs. Stayed in the area half an hour or so.”

On November 12 Camille in Newport Beach, California reported one monarch. “I was out on my balcony on the third floor I saw the monarch. I remained at that location for two hours to see if there were any other monarchs, and there were none.”

Jane in La Jolla, California, also saw one monarch on November 13. “Flying past us at the Kayak rental place in the little downtown area about 3 blocks from the beach. Super exciting!”

Monarch numbers are continuing to stun local observers who are watching the historical overwintering sites closely. Many of the official monarch counts will be taking place soon and once they are tabulated, we will have a better point of comparison from earlier years. But everyone is excited and hopeful.

Diana Magor reports last week’s Pacific Grove Monarch Sanctuary count was 13,431 but the official count of record for the season this week rolled in as 12,225. Remember it is common for monarchs to continue to move around in the groves especially before the coldest nights of winter settle in. She notes the number of monarchs this week “at Lighthouse Field was about 400 and about 2,000 at Natural Bridge. About 1,000 at Moran Lake and 30 at La Selva Beach. A lot of them were basking in the warm 75F sun. Official #s coming soon.”

Why so many monarchs?

Many people are trying the explain the possible reasons behind the larger than expected numbers of monarchs to the California coast this year. Just one year ago less than 2,000 monarchs were counted while this year over 50,000 are possible with even higher official numbers expected by some researchers. You might find it helpful to review the wide range of information available as everyone tries to wrestle with understanding the recent population fluctuations. Could Fall temperatures play a role, long term droughts or even could the monarchs have moved to other unknown sites last year that made the numbers appear lower than they really were?

The Xerces Society reflected on the larger than expected monarch numbers this week in a blog post by Emma Pelton, Senior Conservation Biologist, Xerces Society; Elizabeth Crone, Professor, Tufts University; Cheryl Schultz, Professor, Washington State University on 12 November 2021:  https://xerces.org/blog/bounciness-of-butterflies  At the time of posting the link to this blog, it appears that the link to the article by James and Kappan (2021) may be in error and should be instead be their paper on the winter breeding of monarchs last year in the greater San Francisco area:  James DG, Schaefer MC, Krimmer Easton K, Carl A. First Population Study on Winter Breeding Monarch Butterflies, Danaus plexippus (Lepidoptera: Nymphalidae) in the Urban South Bay of San Francisco, California. Insects. 2021; 12(10):946. https://doi.org/10.3390/insects12100946

The Xerces blog post suggests the lack of Spring sightings of Fall tagged monarchs by the Southwest Monarch Study means eastern monarchs do not return through Arizona to the West in the Spring. But if they do, what are the odds of finding one? We asked Dr. Chip Taylor of Monarch Watch his opinion given the larger population of Eastern monarchs and numbers of monarchs tagged by Community Scientists. “We had one fall monarch show up at OK City decades ago and only a few from TX. The probability of recovering tagged monarchs that move north in the spring is extremely low. Aside from mortality and low overall numbers, the returning monarchs are hell bent on migrating N and reproducing. They are fast moving and skittish on flowers until the very end of life.

“We have no idea about preferred directions of individual monarchs. What we do know is that the general flow is toward the NE and basically reverses the fall flow. That said, the pattern is modified by weather, particularly the position of the jet stream. If the JS dips into the Upper Midwest, it tends to push the monarchs further to the East. Basically, in the spring, the monarchs progress as the weather allows.

“The issue as to whether monarchs return from MX to AZ and Utah will only be resolved by an isotopic analysis of wings using strontium as well as carbon and hydrogen. It is quite possible that some monarchs from the east come back to the US via the western route and end up in AZ, NM and Utah. That is a possible explanation/route for gene exchange between E and W that accounts for the lack of genetic differentiation between these populations. Someone needs to catch males and end of life females in SE AZ, western NM, and Utah for isotopic analysis in March and early April.”

What about Western Monarchs? We asked Dr. David James who leads the Monarchs of the Pacific Northwest tagging program. “Well, none of my fall-tagged monarchs has been seen after leaving overwintering except for the one I mentioned in my talk as being the longest-lived monarch (10 months found mid-June). This was found in Cayucos so apparently didn’t not move far.  And of course, we don’t know where he overwintered (this tag was reported in James and Kappen 2021).

“However, I do have one confirmed post overwintering migratory movement record (in James et al 2018).  I tagged one of those first-generation migrating monarchs that was heading north up the Trinity River in May 2015. It was recovered 5 weeks later in Twin Falls, Idaho 707 km ENE.”

In the Southwest, we had one tagged monarch seen several years ago at Boyce Thompson Arboretum in Superior, Arizona, that was weathered and in poor condition in late March that could have been a remigrant. However, the person who held those tag numbers gave their tags to someone else and forgot who it was when they moved. (Needless to say, we changed our tag policy afterwards!) We have had a few sightings of spring tagged monarchs in the greater Phoenix area seen at locations north and northeast from where they were tagged in short distances. The reality is, most portions of the West are sparsely populated which makes resightings even more difficult than in the East and even Monarch Watch that has had a huge number of monarchs tagged has had rare tagged monarchs resighted in the Spring. There are other ways though to document Mexico monarchs in the West though and we’ll cover that in the future.

There is much to learn with so many hypotheses that still can’t be ruled out.

There are still many unknowns about monarchs and their amazing migration. This is why your sighting reports are so exciting and important! Winter is an important time to report any monarchs. Please be sure to report monarchs in any life phase you are seeing in the West weekly so everyone can benefit from your eyes on the ground. In Arizona we will continue a winter monarch study and if you are seeing monarchs please report your sightings to Journey North or contact us for more information. 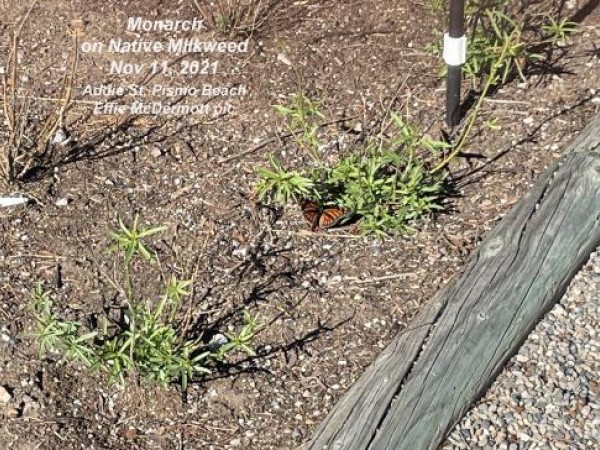 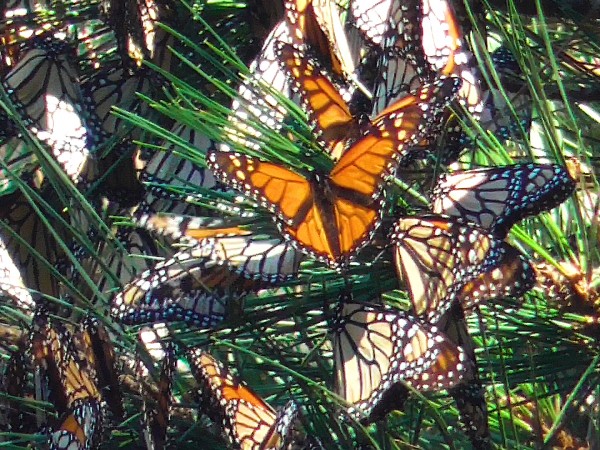 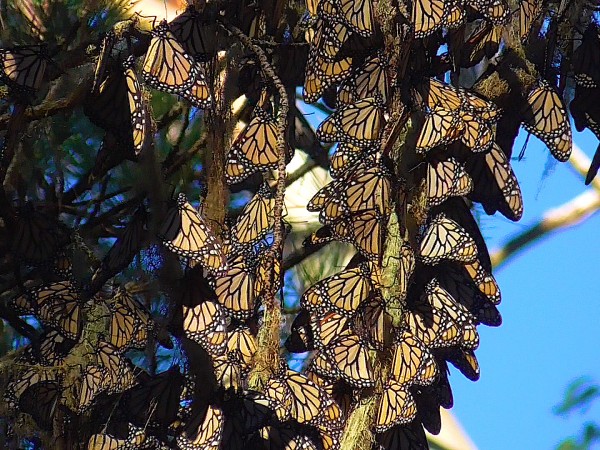 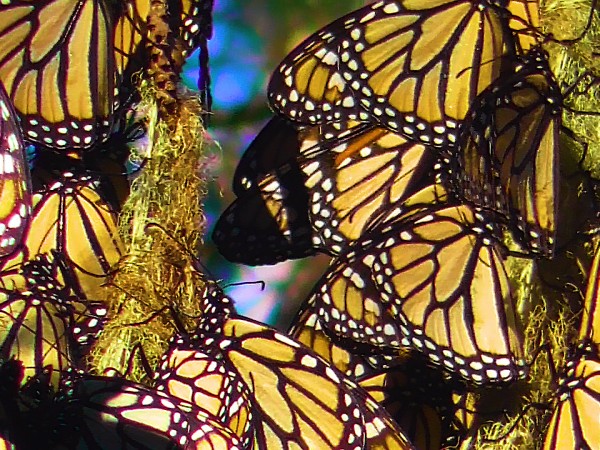 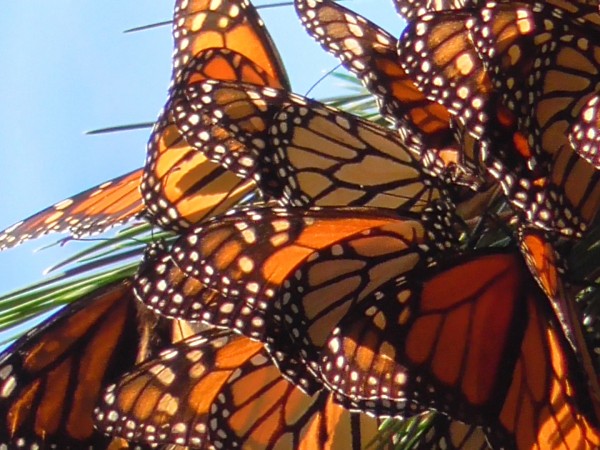 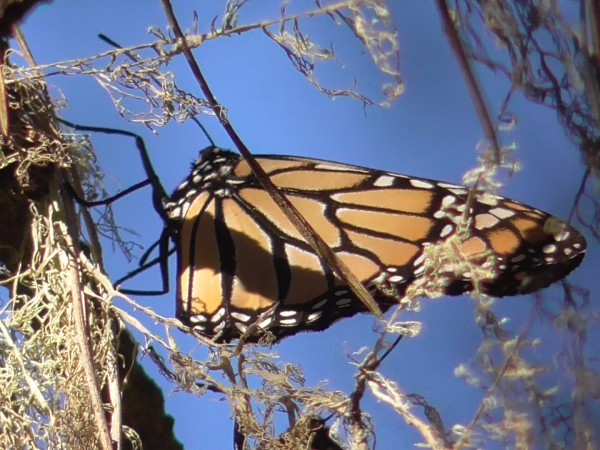 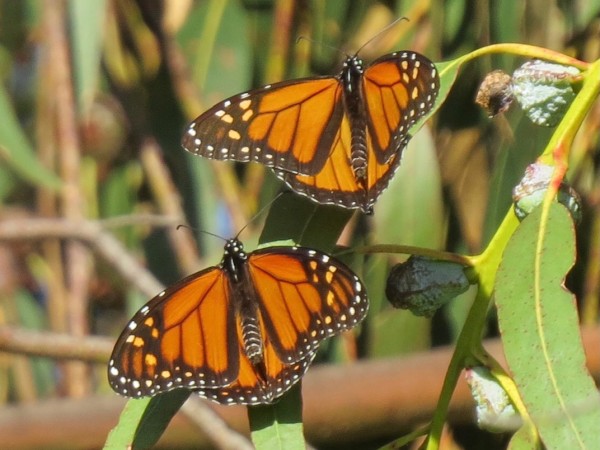 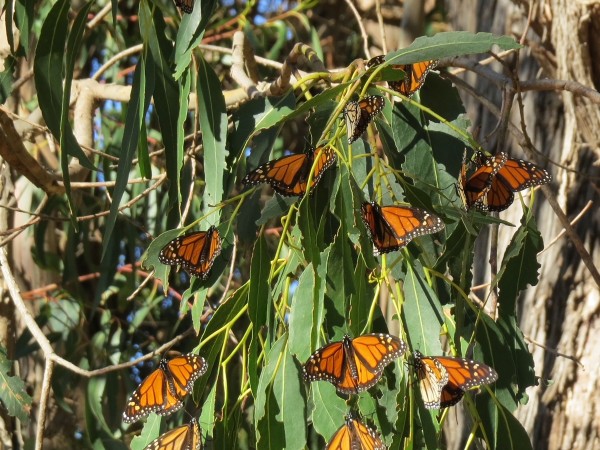