Is the butterfly young or old? Is it a male or female? Has it had a narrow escape from a predator? Was it well fed as a young caterpillar? These are all questions to investigate. Wings tell quite a story.

When monarchs start to migrate north after they overwinter in Mexico, they arrive to the shores of the United States with tattered and torn wings. These migrating monarchs soon laying eggs on milkweed and then die. The next generation of monarchs continue the migration journey north.

Learn about wing appearance by viewing this slideshow. 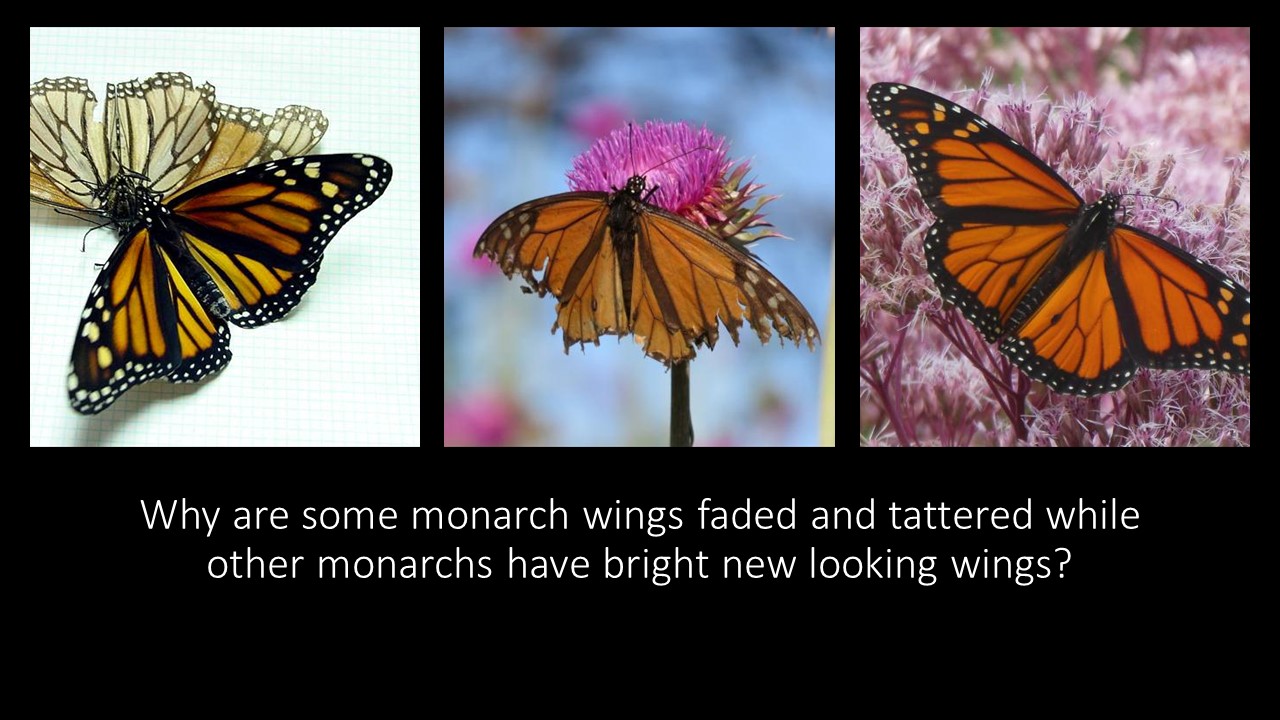 Try This: Go wing-watching and then take the quiz