All my life I have loved monarch butterflies and I work at JM Butterfly B&B as a guide. At first I thought that just knowing about butterflies was enough, until one day when I was guiding a group of tourists and one of them asked me if I knew the name of a bird that was singing.

I said no, but there was a birding guide who was with another group, and so I asked him If he knew the name of the bird. In Spanish, he told me it was a Trogon, but I misunderstood him and thought he’d said Tragón, which means glutton. He laughed, saying, “I’m a tragón, but it’s a Trogan.” After this embarrassment, I decided it was time to start learning about the birds found in the forest and in the village.

I started by reading more, and then I helped my sister-in-law Ellen organize a guide to birds that birders had reported to Cornell’s e-bird. As I was looking for the images of each one, I began to feel more passion for the birds that are in our area. After that, I decided to go out into the forest and take pictures of each bird that I saw and try to identify it. It is not easy at all, but when tourists who know about birds come, they tell us the names and with their help I’ve been able to learn a little more.

I recently participated in a workshop on birds, taught by birding expert Mark Pretti. There were six students, and we learned about the importance of birds within the ecosystem. Mark was surprised by the number of different species present in our region, and he remarked that the health of the forest is good. During the three days of the course, we were able to spot around 50 different bird species. In the forest we saw the Russet Nightingale-Thrush, Crescent-chested Warbler, Green-striped Brushfinch and a Tufted Flycatcher, among others. In the village, we saw Black-headed Siskins and a Cinnamon-belled Flowerpiercer stealing nectar from the hummingbirds, but without a doubt the species that most caught my attention was the Cedar Waxwing.

I had previously seen flocks of Cedar Waxwings resting in the oak trees in our yard, and I always thought about going to get binoculars to look at them more closely, but I kept forgetting to do it, until finally on the day of the workshop I was able to get a better look at them. I ran to tell my whole family, “Come see these little birds, they are so pretty!”

Other years I had seen flocks of them, but two or three seasons had already passed without a visit, until their return this year. At the time of the workshop, there were about 500 of them always flying around the town or eating fruit from the peach and cherry trees. As of this writing, there are only about 50 Cedar Waxwings left in Macheros, the others have already migrated north. I hope they come back next year.

After the bird workshop, I feel more confident about identifying birds. I hope to continue learning about all the birds found in our area. I’m always trying to take photographs of them, but I have to admit that it’s really hard to get a good shot. 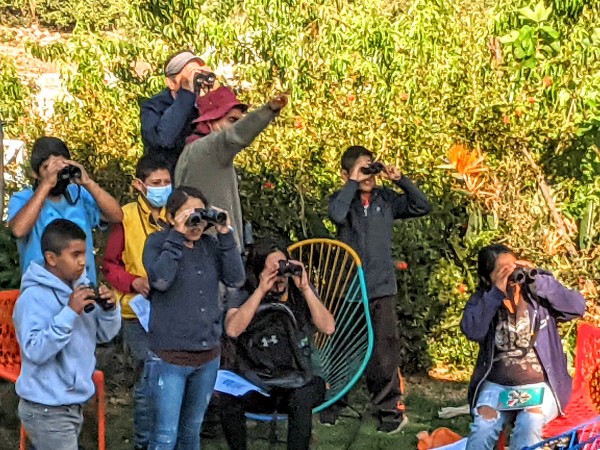 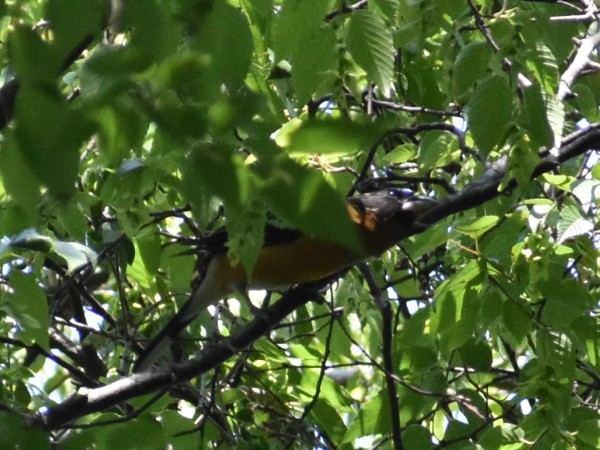 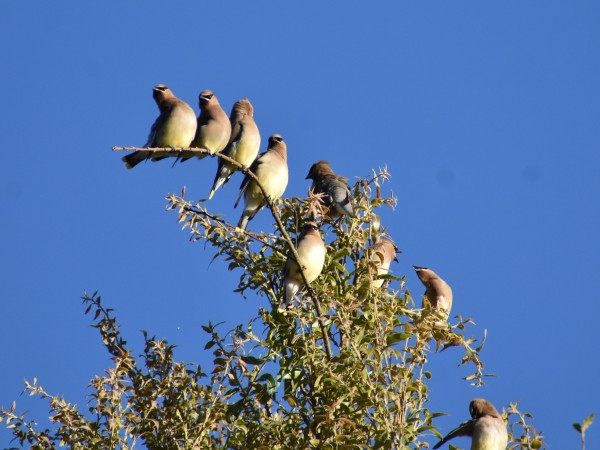 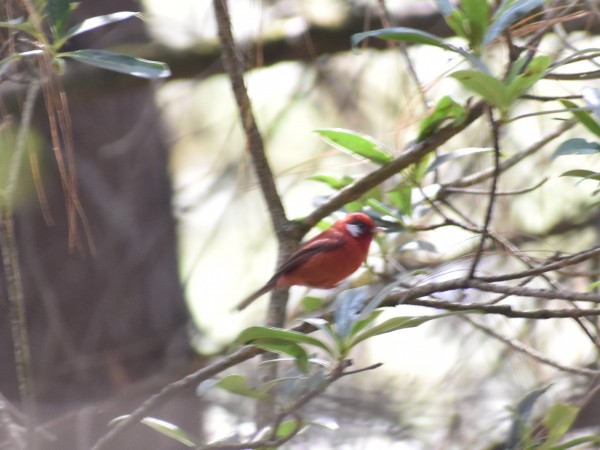 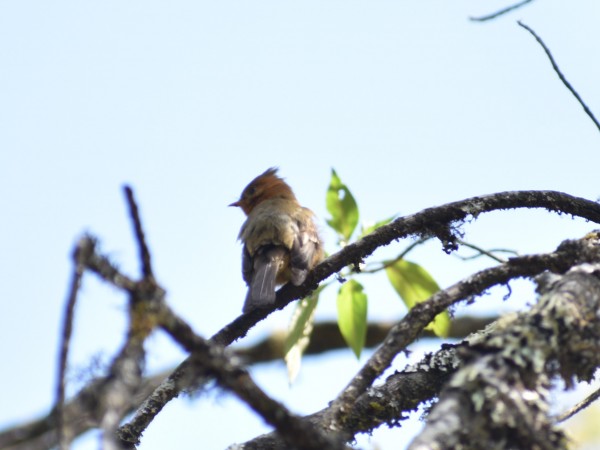