A monarch lays eggs in your garden. What happens next?

Eggs Across the Landscape

The migration reached latitude 39°N this week across the southern United States, and a scattered few hardy butterflies have almost reached 41°N in Iowa and Illinois.

Monarchs are leaving a trail of eggs as they travel. The map of egg sightings  shows where eggs of the next generation are being laid. High quality habitat is critical for monarchs at this stage of the annual cycle. It’s interesting that the population is at its smallest every year around Earth Day - a timely reminder to preserve monarch habitat.

After a single mating, a female can lay eggs throughout her lifetime. Each butterfly lays hundreds of eggs — as many as 700 have been counted. Because she dedicates her energies to egg-laying, the female only lives a few weeks during this stage of her life.

Females are in urgent pursuit of milkweed now. People reported monarch eggs on milkweed at all stages of growth, on newly-emerged leaves, on growing shoots, and even on tender flower buds.

From Egg to Butterfly

It takes about one month for an egg to become an adult. However, timing varies greatly depending on temperature. The life cycle is slowed by the cold. For example, a difference of only 10°F adds 15 days to development time as shown on the life cycle chart.

Migration patterns are strongly influenced by elevation in the West. Unlike many areas east of the Rockies, you’ll notice a lot of the West is riddled with mountain ranges and plateaus with higher elevations. For every increase of 1,000 feet in elevation, the temperature drops approximately 3.5 degrees Fahrenheit. Can you see why monarchs are staying further south in the West? More… 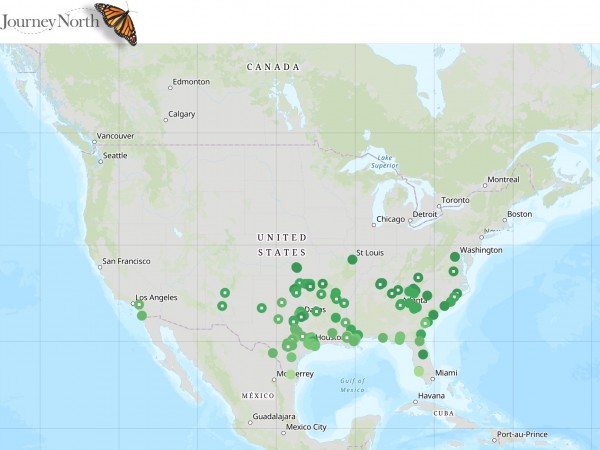 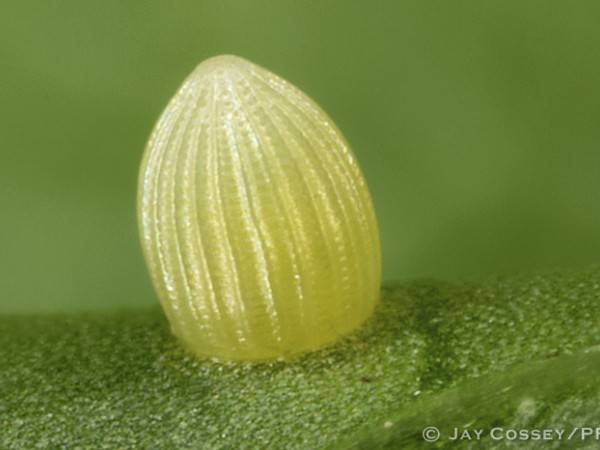 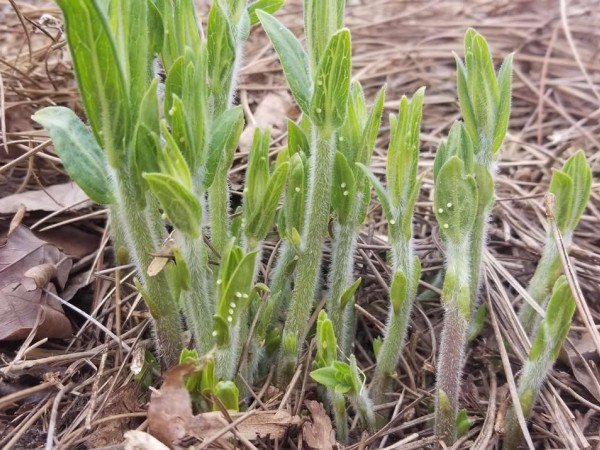 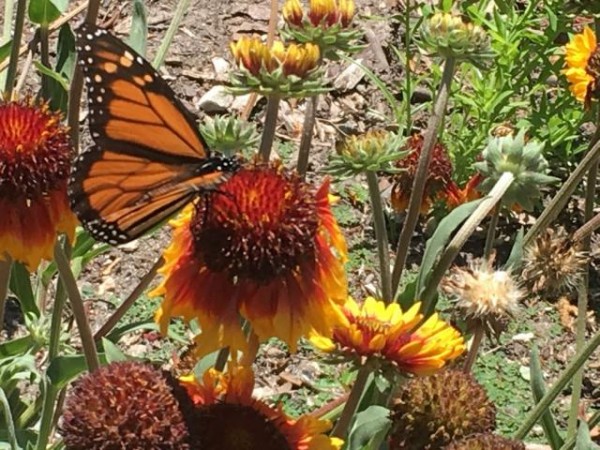 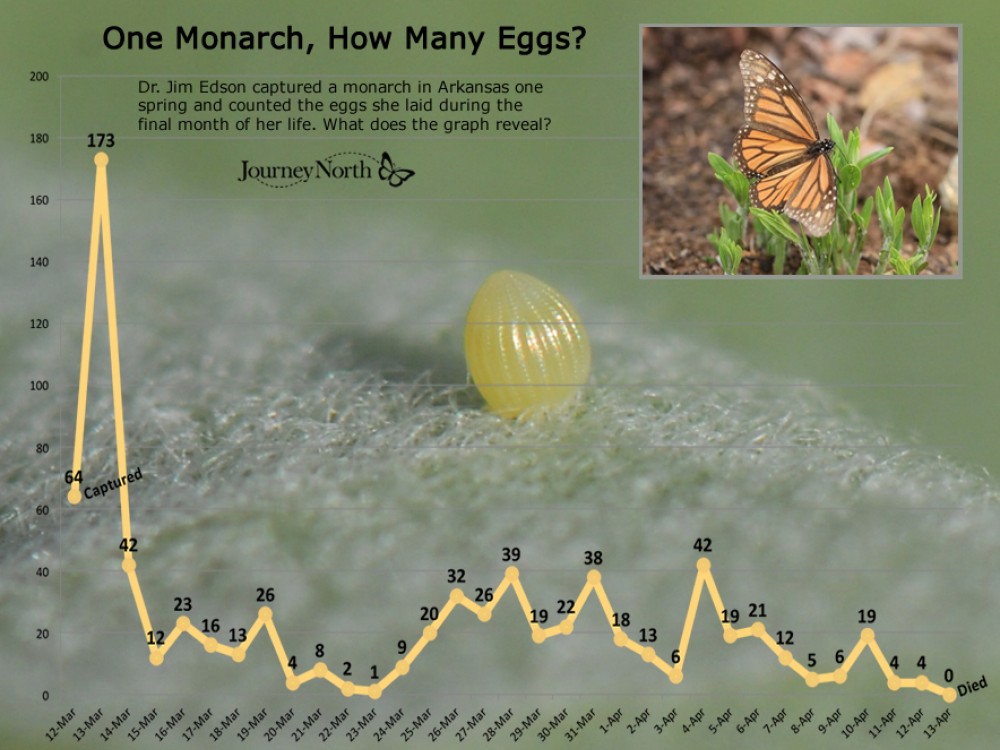 Journal
How Many Eggs?