New monarchs on the wing!

At the beginning of this week, we had planned to report that the northward edge of the monarch migration line had stalled at latitude 42°N. But, we had to “hold the presses” to include new monarch sightings in Wisconsin. There is even a monarch sighting from Central Elgin, ON. New sightings indicate that the migration line has now reached latitude 43°N. First spring generation monarchs are now on the wing.

From Walworth, WI: Melissa is “100% positive” that she “saw a monarch this afternoon as she was leaving to get the kids from school…it flew right over my windshield…I was too excited to get my phone out and take a picture.” (05/15/2019) more

From Town of Prairie du Sac, WI: Amy reported, “Our first sighting of monarchs on Moely Prairie. There were two flying around together…” (05/15/2019)

Monarchs continue to move along the Atlantic Coast and the Midwest laying eggs along the way. Journey North citizen scientists reported first sightings for monarch eggs in Wisconsin as well as in Pennington, NJ.

From Broken Arrow, OK: Sandra reported, “Earlier, a Monarch female laid eggs for 9 days on the tiniest of milkweeds in the backyard garden…A total of 180+ eggs were collected and shared with friends to raise. Today I counted, and I have at least 104 caterpillars ranging from 2nd to 5th instar out on potted milkweeds and in the garden…” more

Monarch caterpillars have also been sighted along latitude 40°N.

The milkweed emergence line has crossed the Canadian border. There have been reports of milkweed now in Ontario and Quebec.

From Wadesville, IN: Tom reported what “looked like a female that had over-wintered in Mexico. She was pretty faded, and tattered and doing an egg dump on different patches of common milkweed and butterfly weed.” (05/09/2019)

Watch for a dramatic upsurge perhaps next week. This sightings chart — from 2015 spring season — shows the typical surge that occurs during the second half of May. Watch the migration path to determine when it will reach the end of the milkweed trail? Keep an eye on the wind and temperature map too. 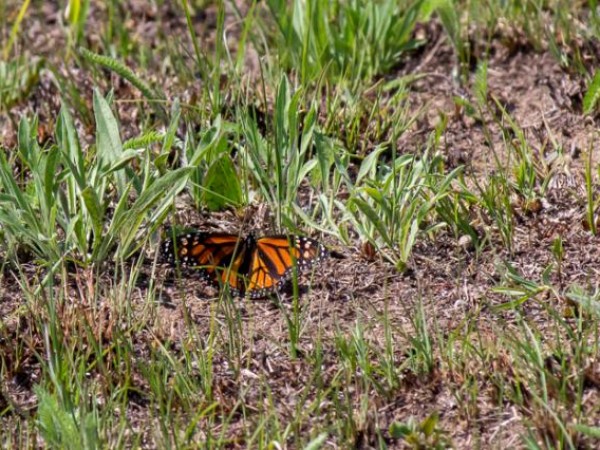 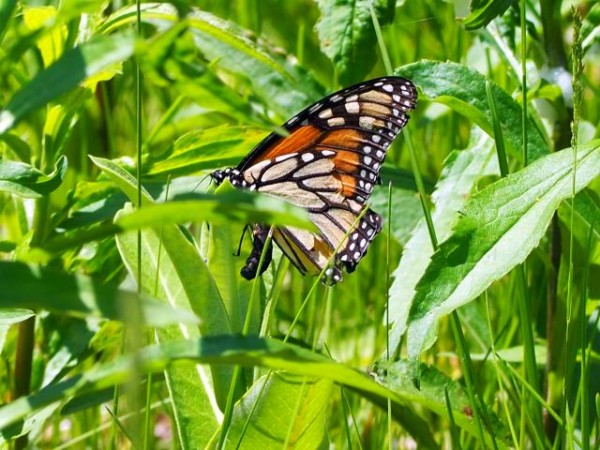 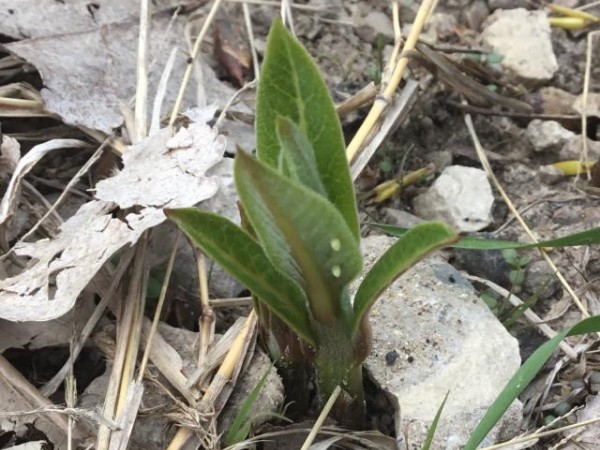 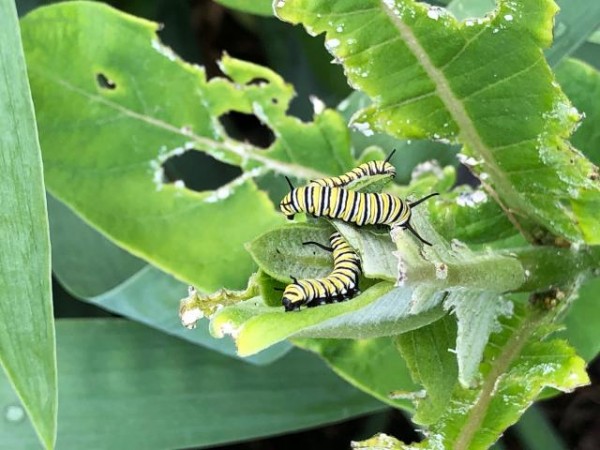 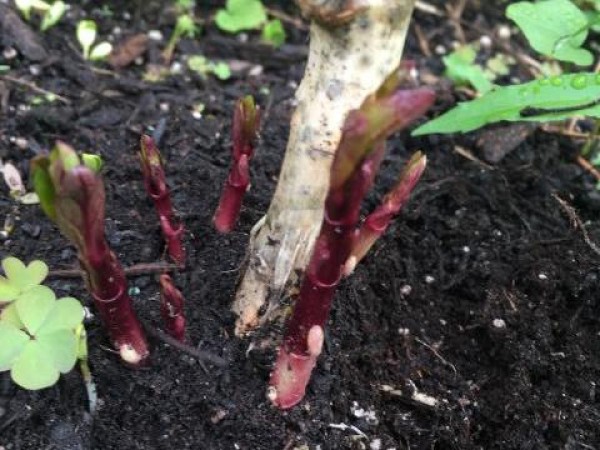 Toronto, ON
Photo by: Camilla 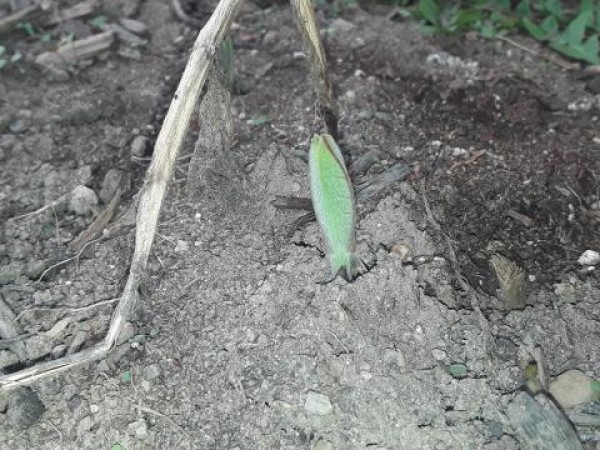 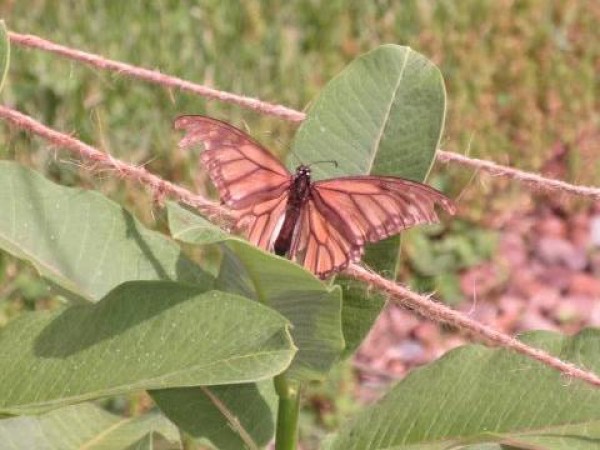 Wadesville, IN
Photo by: Tom 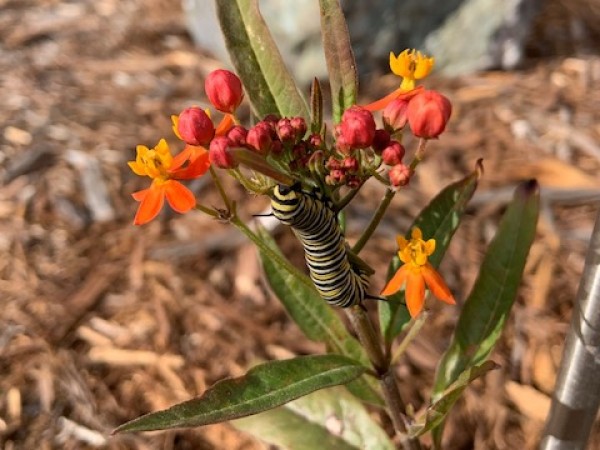 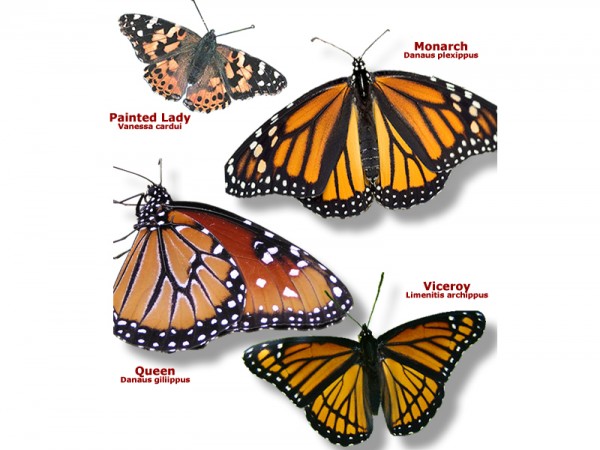 Slideshow
Do You Know a Monarch? 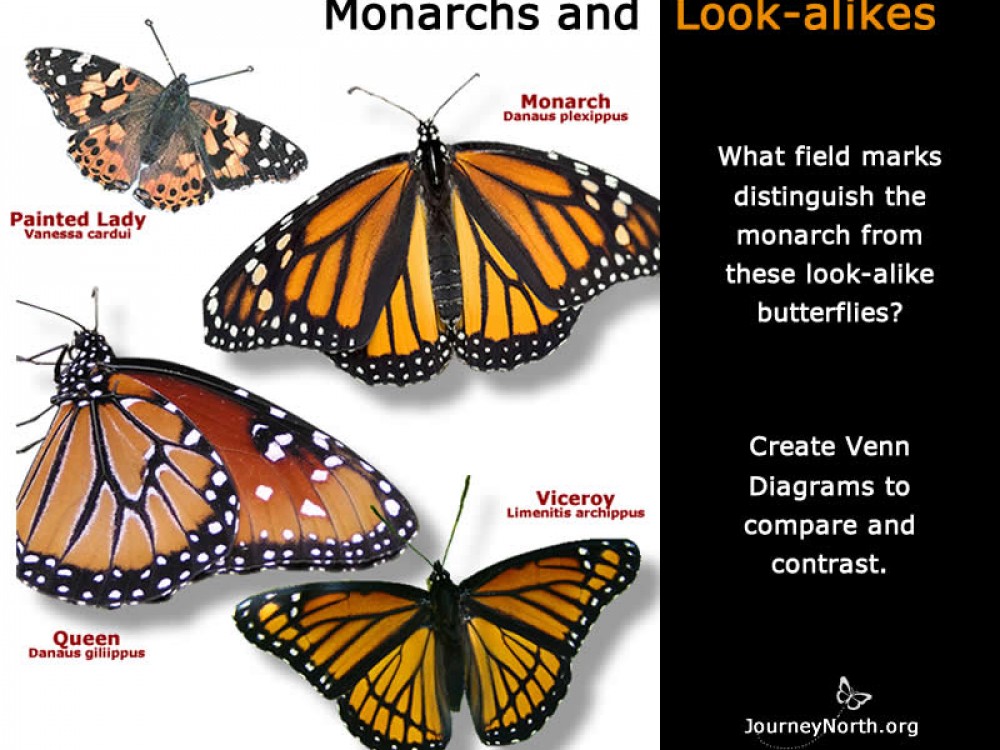 Journal
Journal - Do You Know Your Butterflies