Spring is here! Estela Romero provides an update on remaining monarchs in Mexico. Texas is a hotspot of monarch activity, and reports are coming as far north as Oklahoma and Arkansas. And Gail Morris highlights monarch sightings in California and the Southwest. Report your first monarch and milkweed observations of the season to Journey North.

Read more of Estela Romero’s Letter: An Anthem at Their Departure»

Texas is a hotspot of activity as more monarchs depart overwintering sites in Mexico and make their way north.

A few monarch reports are coming as far north as Oklahoma and Arkansas. Is this the leading edge of migration? Where will monarchs be next week? Explore maps from previous years and see if you notice any trends.

In the Western U.S., Gail Morris highlights an uptick in sightings from Southern California and urges volunteers to keep an eye out for worn-winged monarchs. Gail writes, “Monarch sightings are on the rise this week particularly in Southern California but also more inland in Moreno Valley. A monarch was also reported in Las Vegas, Nevada, and several were seen in Arizona. As the migration continues, keep an eye out for worn-winged and aged overwintering monarchs expanding their range your way. Is your milkweed up and hearty nectar ready?”

Are Western monarchs finding enough milkweed and nectar? Are they arriving to spring and summer breeding areas earlier or later than in previous years? Your observations provide valuable data. Thanks for reporting!

Della in Phoenix, AZ: “My son spotted this one, the first of the season. Female, good condition, landing on Buddeljia davidii in my front yard. Circling and landing. 78F, light breeze, sunny.” (03/13/2022)

Keep Reporting and Include Photos

And if possible, please include photos in your reports (one photo per report). Monarchs can be difficult subjects to photograph. One potential workaround is to take a video and then extract a screenshot to use as a photo. Give it a shot! 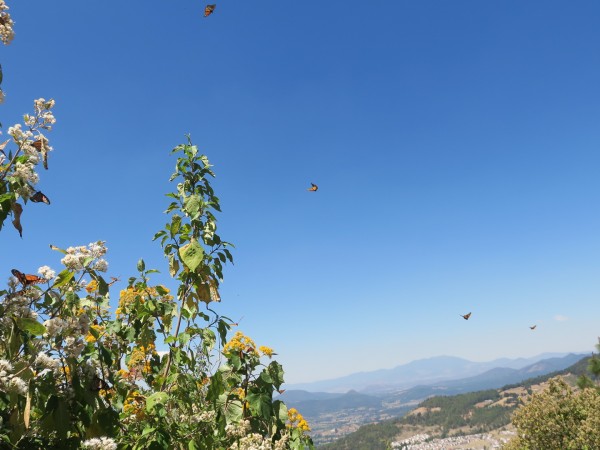 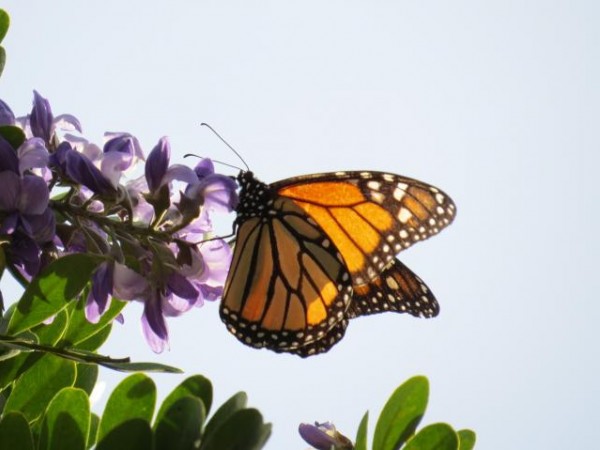 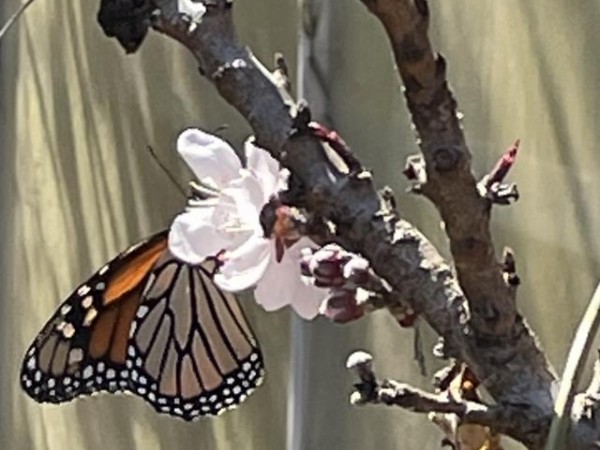 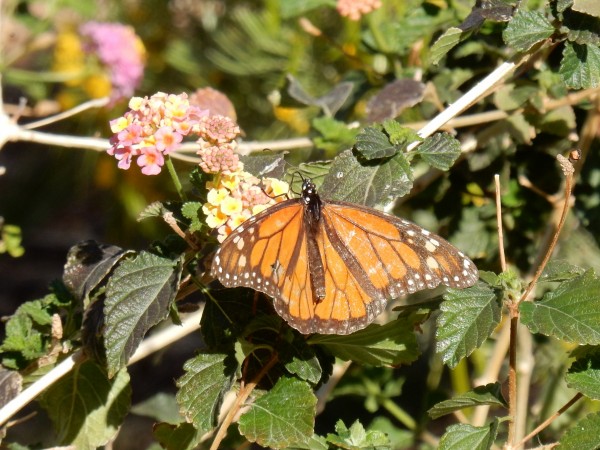 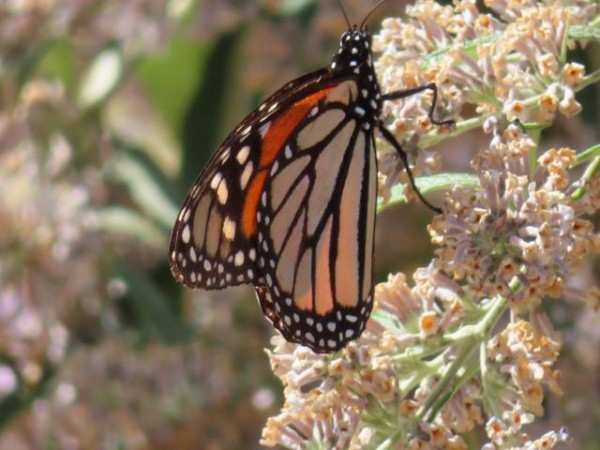 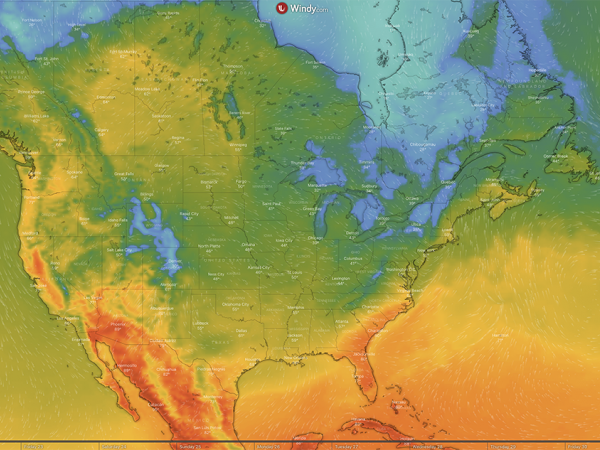 Image
Windy.com Map — How Is Weather Impacting Migration?
Next: March 30, 2022