So far this year, I have had the opportunity to visit the Cerro Pelon colony, but my brother Pato Moreno, who is up at the colony five days a week, told us since the New Year he has noticed an important change in temperatures. Late in the afternoons the temperature drops and during the nights it is cold as well as in the mornings which is normal.

But since the colonies consolidated into one, they have noticed a slight change from where they were at first. They have moved approximately 30 meters lower. What has been noticed that there have been more cold days with temperatures that did not even reach 10°C, so not much activity on those days. But on the warmer sunny days, you see more flight activity of the butterflies. Pato has even seen some mating, but it only happens when the temperatures are between 13 and 15 °C.

It is important to mention that the forest where the colony is located has younger trees. Those trees are no older than 25 years so not as tall to protect the Monarchs. That is why we have seen an increase in mortality. It’s important to know that the mortality seems normal for this time of the season. We must also say that they are in a place where the sun begins to warm them around 11 in the morning. Once the warm sun touches them more fly activity is seen.

As soon as the sun warms them enough, usually around noon. We have seen many butterflies going down in search of water, dew or nectar. By now there are plenty nectar sources for them, like blue Salvia Mexicana and yellow lenguilla (Verbecina Oncophora). 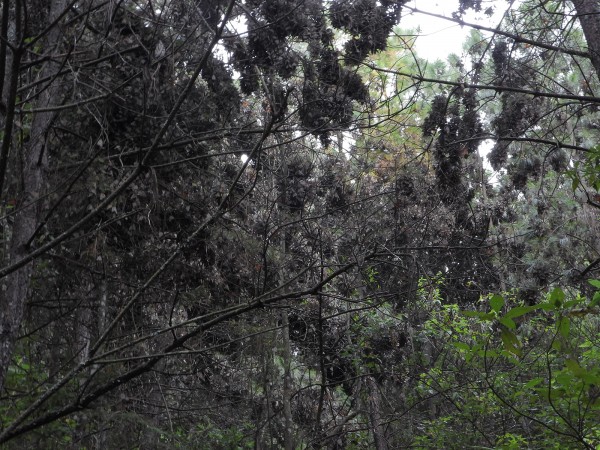 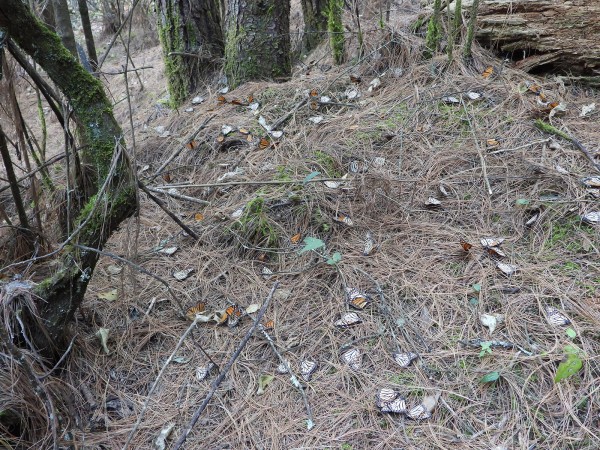 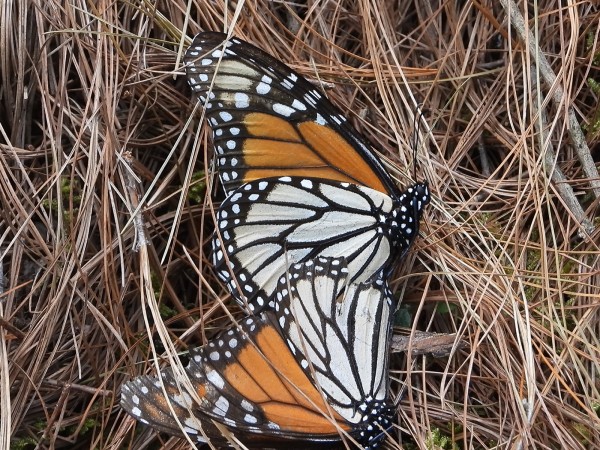 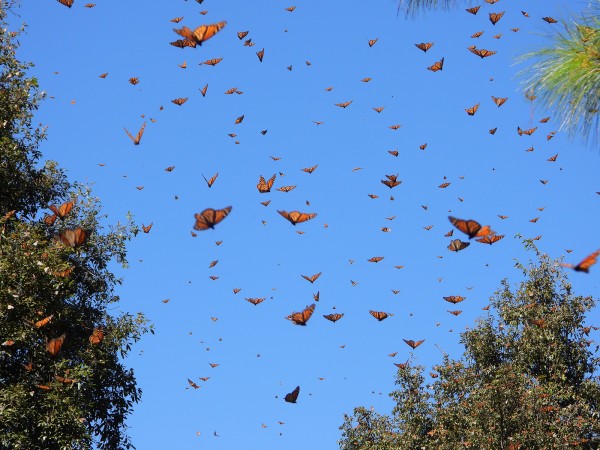 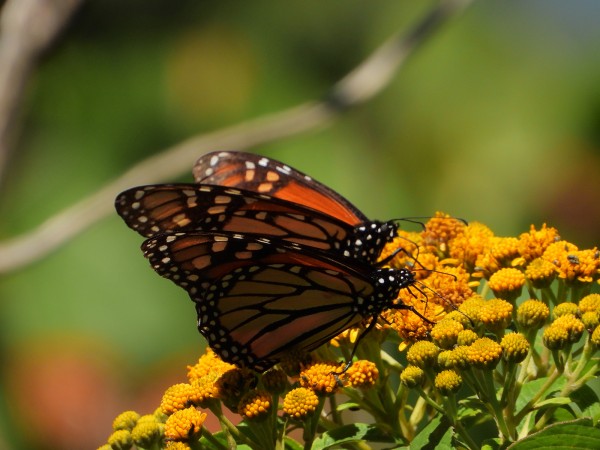 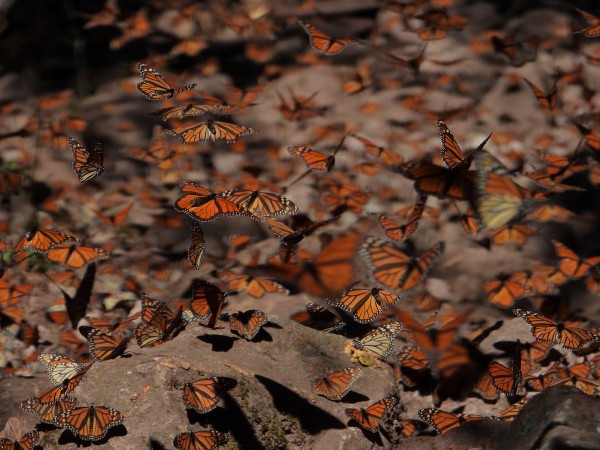