The peak of the overwintering season is upon us. What a splendor of views can be seen.

From November to early-December, monarchs moved and were found distributed across the Sierra Chincua and El Rosario Sanctuaries. Population numbers appeared to be high. Then, mid-December, the colony at Sierra Chincua moved suddenly southward into a spot located into El Rosario, reducing Sierra Chincua colony to less than half of its original size. Nevertheless, despite this movement, the population in Sierra Chincua remained concentrated. Dense clusters can now be seen at a moderate distance from a low elevation point of the steep canyon and springs known as the El Tepozán site. At this location, visitors appreciate this enchanted view of this natural beauty of the Oyamel fir forest. As Alondra, and Paco, both elementary students visiting from northern México, had this to say:

“This is just amazingly beautiful; it is like being part of a film being made!”

Driving to El Rosario Sanctuary, visitors are confronted by indescribable beauty as a continuous wave of monarchs stream down from the mountains of El Rosario. As monarchs cross roads, they can create instant traffic jams. Visitors can be seen jumping out of their cars to catch the amazing butterfly parade. Once at the colony, visitors slows down to take in the splendor of monarchs.

Monarch butterflies have formed imposing, large clusters. Visitors can only see this colony from one angle at the forest edge. The view of the whole denser cluster is hidden further into the forest.

Mr. Silvestre, a high ranking authority at the Sanctuary, stated with great enthusiasm:

“For weeks now, Las Arenitas keeps just spectacular. If we add the now small but dense colony at “Los Orcones” spot, where Monarchs first settled in early November, we Ejdatarios at El Rosario Sanctuary estimate that in total we have a 3.5 – 4 hectare monarchs occupation.”

In spite of the rather warm winter up to now, monarchs seem to keep stable and quiet at their hibernating locations in both Sanctuaries.

On behalf of Journey North, I will continue to watch closely for change due to weather conditions during this, the coldest month of the year, at the Oyamel fir forest of the Monarch Butterfly Biosphere Reserve. 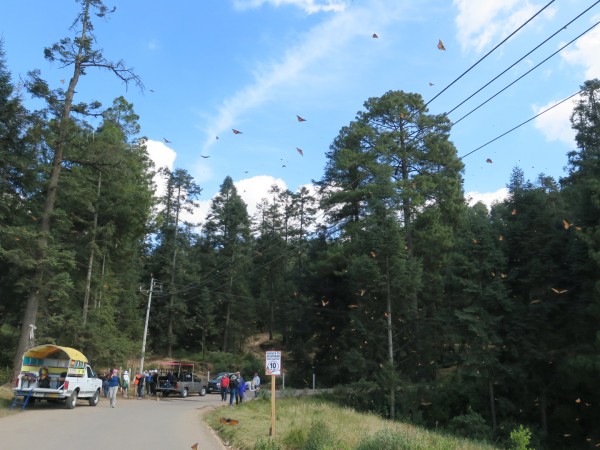 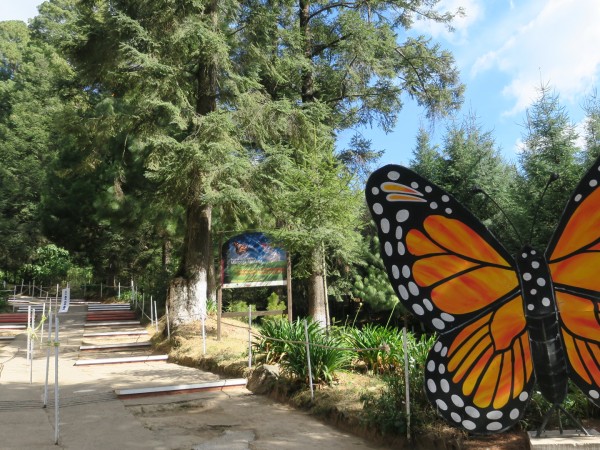 Heading Toward the Colony 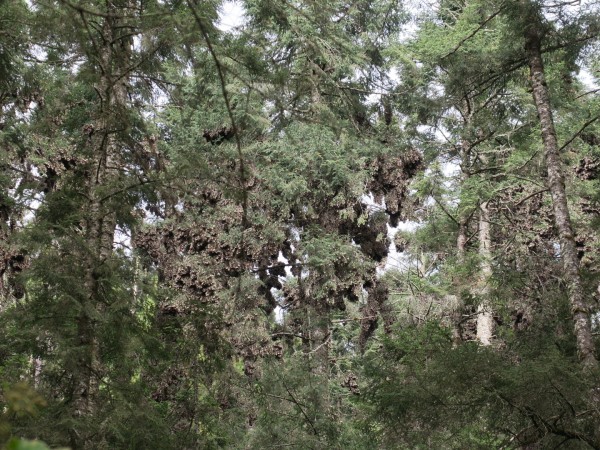 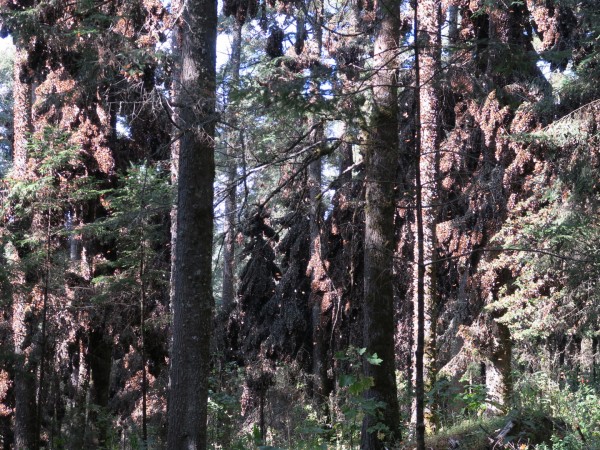 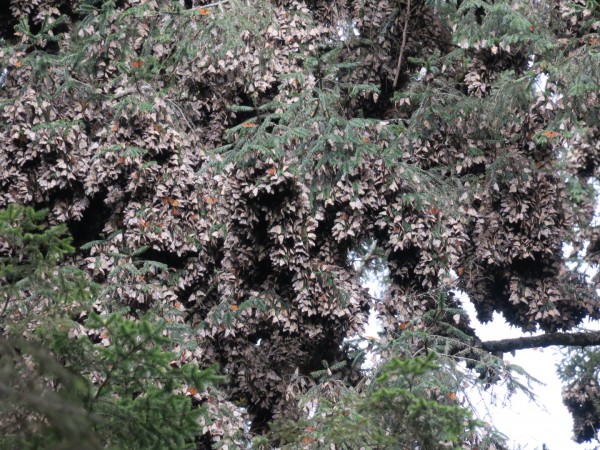 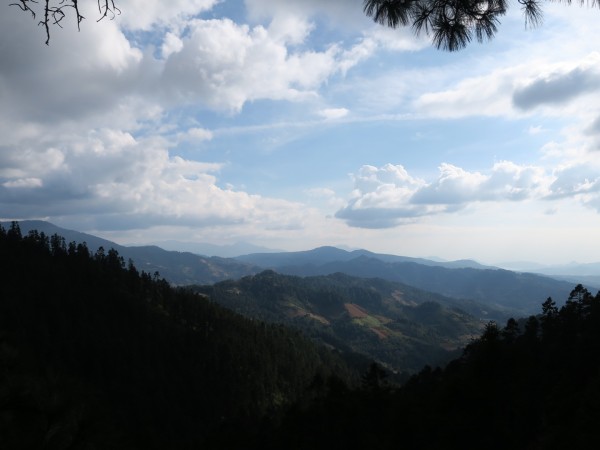