Two weeks ago, I wrote about Covid 19 reaching our butterfly sanctuary-adjacent community. And then I got too busy to write last week, and I worried that my silence might seem ominous to some. The news from the last two weeks has been good: apart from the casualty I mentioned, neighbors who were sick have recovered and we’ve haven’t heard of any new cases in Macheros.

This week, I’m happy to introduce guest blogger Anayeli “Ana” Moreno. Ana is unusual in our village, whose handful of college graduates all studied elementary school education. Ana was the first to major in tourism instead, assiduously applying herself to learning English as part of her curriculum. In the male-dominated business of butterfly guiding on Cerro Pelón, she became its first female guide, paving the way for other women to start working at our entry.

I interviewed her about her independent streak a few years back, and recently folks at the NRDC ran across that piece and wrote a profile about Ana and the two brothers that she works with the most closely: my husband, ecotourism entrepreneur Joel Moreno, and Butterflies & Their People coordinator Pato Moreno. In what follows, Ana shines all by herself.

For the last five butterfly seasons, I’ve been working as a guide for JM Butterfly B&B, spending almost every day of each season guiding tourists to the Cerro Pelón colony. However, this year has been different because the sanctuary is closed to the public, leaving many people in my community unemployed, including me. But everything changed when Ellen invited me to work on her Virtual Tours project.

At first it was a bit difficult because we did not know how to use the programs to edit videos and we only made videos and sent them to someone else to edit, but little by little we started to learn how to use the program and now we can almost edit the videos by ourselves. We spent so much time working on making the videos and sending out issues to subscribers that we didn’t have much time to go visit the colony above El Llano, which is a two-hour hike from our house.

However, this month we have been going to the mouth of the ravine we call La Cañada almost every day to see if the butterflies are flying down from the colony. To go to La Cañada, we just need about 30 minutes to get there and then it depends on how long we want to stay before we come home to keep working on the next Adopt a Colony.

The first week of February, some days we saw more butterflies and others less, it all depended on the temperature up at the colony. Even so, we walked daily and tried to be there at noon to see if the butterflies would come down so that we’d be able to take some videos for our February Intensive group.

In the second week of February, we saw many butterflies pouring down, but we also saw many wasps. One day there were more wasps than butterflies. However, over the last few days, the temperature dropped again and the butterflies stayed up in their colony and the wasps stayed away too. Even so, we continued walking to La Cañada to see if something new happened.

One day last week we were sitting talking about other species of butterflies and birds, when Ellen blurted, “Look!” A very large bird that neither of us had seen before had landed in the tree across from us. It was cinnamon-colored and about 50 cm (20”) long, and half of its length was its tail. Unfortunately, we only had our cell phones, so we couldn’t take a good photo, but from checking our bird guide later, we think it was a Squirrel Cuckoo.

In the last two days, the temperature rose and we were again able to see the butterflies fluttering down through La Cañada. I can say that I miss giving tours this season, but I feel blessed to be able to go for a walk in the forest during this difficult time and enjoy not only the beauty of the butterflies, but also the forest, its birds and the company of my family. Another plus is that we have time to learn new things, like how to edit videos. 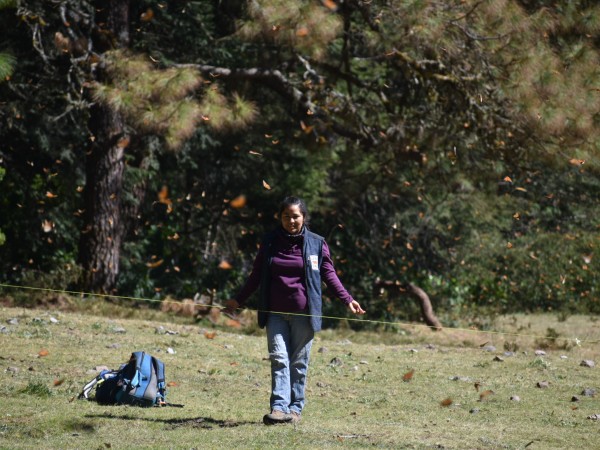 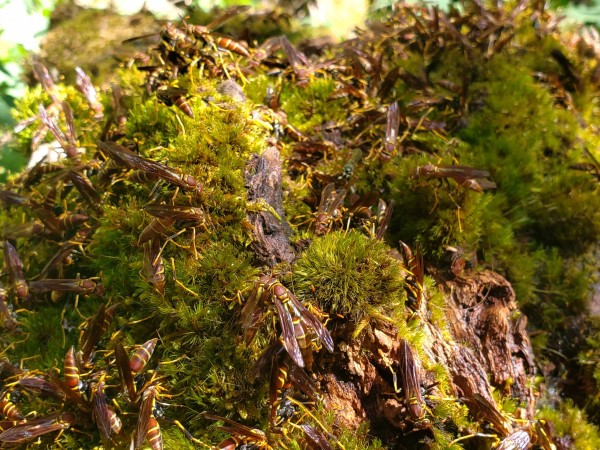 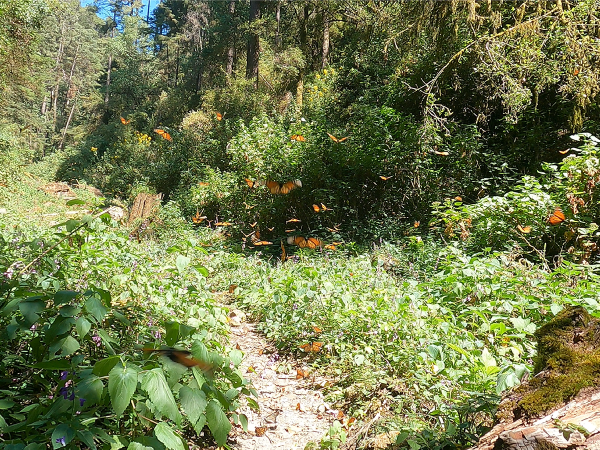 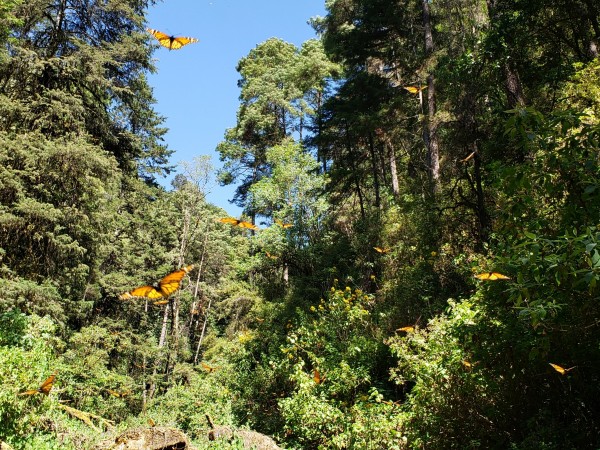 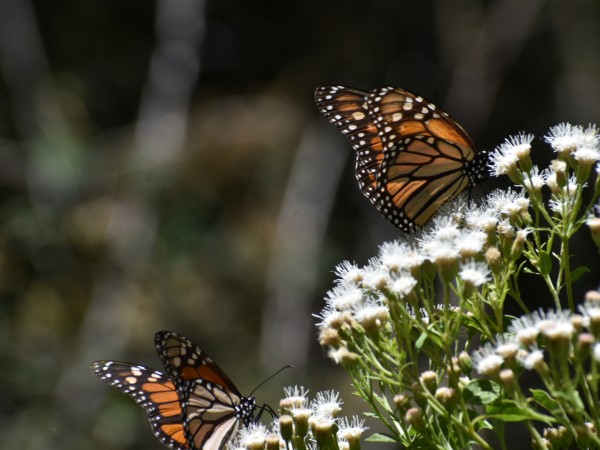 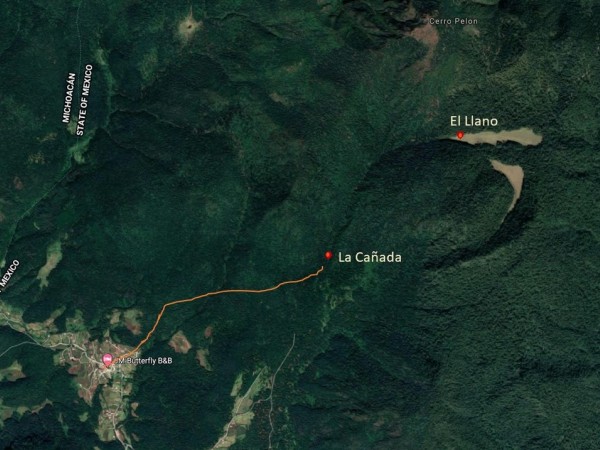 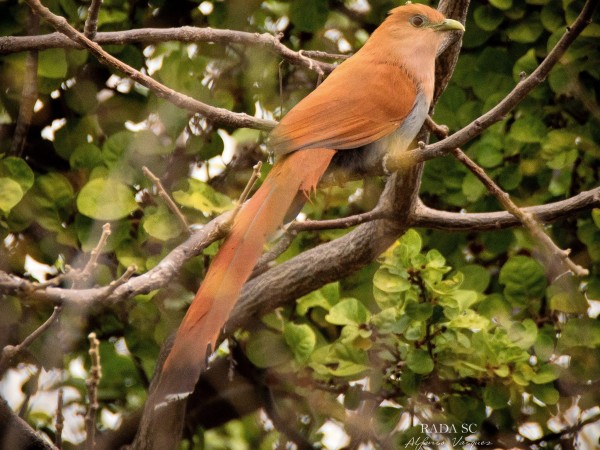