Letter From Estela Romero: Contrasts at the Sanctuaries

EL ROSARIO: At El Rosario Sanctuary, monarchs had been moving north little by little, but now they have moved substantially in that direction.

Ejidatarios told visitors that, “monarchs are still at the ‘Los Letreros’ site. This location is similar in altitude to the Sierra Chincua mountains right across. A canyon traverses the bottom of this site and Angangueo – which separates the Sierra Chincua and El Rosario mountain ranges –can be seen in the distance.”

Monarchs are beginning to settle at a mountain peak and forest spot next to the above-mentioned Carrillos-El Tigre canyon. They are so high up it seems that at any moment they could fly down in mass to head north! We are holding our breath wondering when this will occur.

The population of the colony is still healthy. Clusters that were large and dense are smaller and lighter now. How many trees does the colony occupy? It’s not possible to know. The colony is spread out as such that only ejidatarios, scientists and corresponding authorities have access to the entire colony. Official population estimates should arrive shortly.

Many monarchs are now restless. They nectar from flower to flower and fly down to ground level as if announcing the imminent start of their mating phase. However, mating behavior is still nowhere to be seen despite the return of warm temperatures. The brief window of cold weather last weekend is over. It has been a warm winter and the cold weather never fully arrived.

Visiting El Rosario yesterday was once again a unique experience. Migration conditions in February are always fascinating but can vary year to year. Stay tuned to Journey North for more updates!

SIERRA CHINCUA: I climbed to Sierra Chincua Sanctuary through a different route across forests and green covered areas. It took nearly 4 hours to walk and reach the colony from Angangueo. My walk also confirmed how dry it has been, even under the shade of trees and canopy cover all around our region.

Guides told visiors that, “the colony moved higher on Sunday. They went  from ‘Peña Blanca’ and moved close to ‘La Casa del Japonés’ site; they then spread out. We cannot say whether they will concentrate back here or somewhere else. For unknown reasons, Mid-February has been crucial to our butterfly colonies in recent years.”

Monarchs at Sierra Chincua are now located at a very high location with open forest. The forest was severely damaged from heavy storms in 2016. Guides will go look for other possible spots where monarchs could still be found.

Sierra Chincua and El Rosario have become, over time, a contrast in terms of behavior and population at this point of the season within the last few years.

Too far from winter hitting our northern states in México, we wait for nature to tell monarchs that their overwintering period is over for the year. 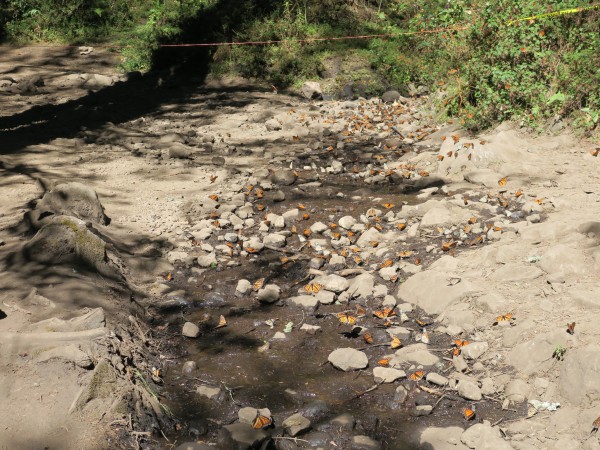 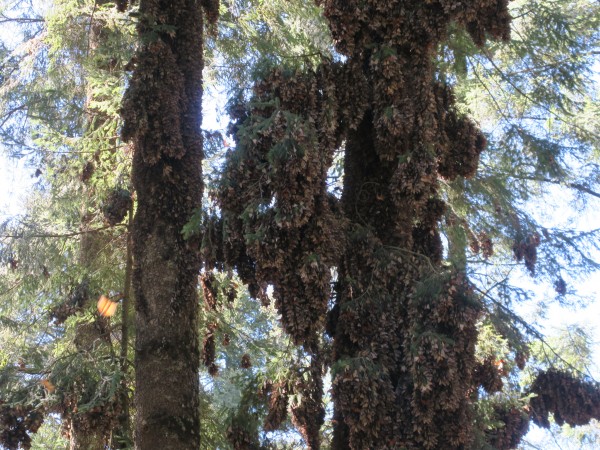 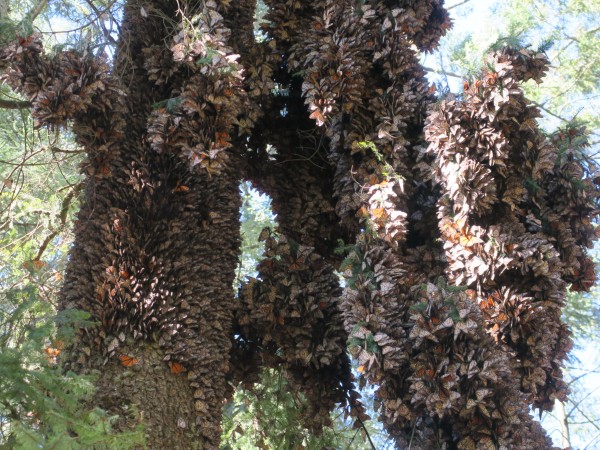 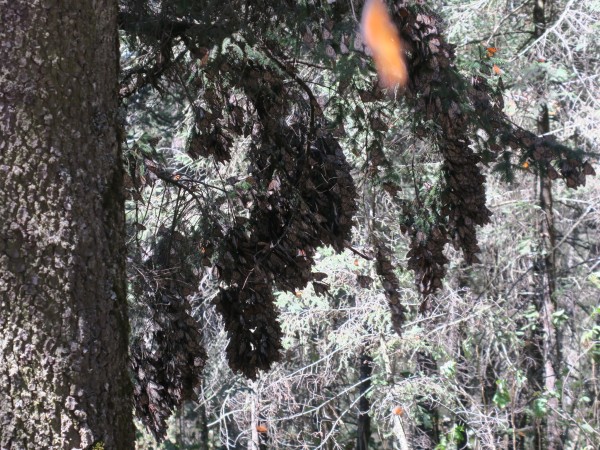 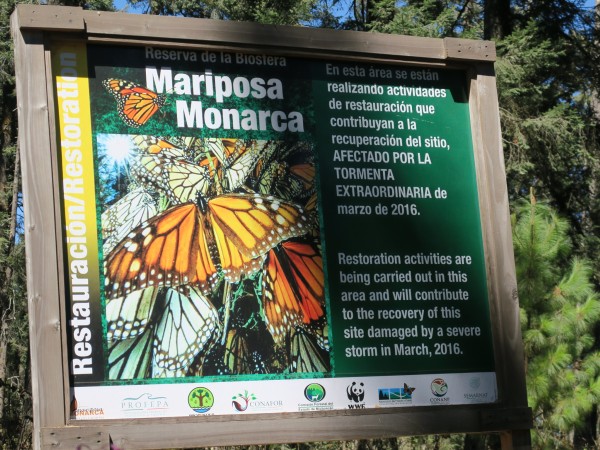