Letter From Estela Romero: The Overwintering Season is Winding Down

EL ROSARIO: Last weekend was one of the busiest of the season at both sanctuaries.  At El Rosario, there wasn’t even enough parking!

Temperatures were warm all last week and over the weekend. While it was not too hot, the vegetation does not look as lively and fresh as it should be. On the way up to the colony, vegetation that may have been cleared out by ejidatrarios late in the season did not grow back in time for monarchs and other pollinators  to nectar on. This could be adding more stress to already tough conditions.

Upon arriving at the colony, it’s noticeable how the spot occupied by monarchs just one week ago now looks empty. Monarchs have made a short “jump” – around 300 meters – downhill and are clearly heading north toward Angangueo. It looks as if they are slowly but surely moving down into the Carrillos-El Tigre canyon and  disappearing from everybody’s sight. These are similar movements to what I described last week.

Clusters in the colony are all different sizes. Mating behavior is still yet to be seen, although that doesn’t mean it’s not occurring. The mortality rate continues to be within a normal range, with most cases caused by natural predators. Weekend visitors continue to be mostly national tourists. Small groups of foreign tourists usually visit on weekdays.

Joshua, Emilio and Esteban enjoyed the weekend with their parents who were happy to have a busy weekend selling local crafts, running restaurants, and being guides to tourists!

Andrea is our local guide and great granddaughter of an Ejidatario family. She is 12 and attends school virtually through What’s App messages with her classmates and teacher. During the weekends, she is learning how to be a guide at Sierra Chincua.

Andrea says: “We are so happy it was a busy weekend with lots of visitors. We hope the colony stays until mid-March, but my mom, dad, and my grandpa are very concerned because of the drought. They say the less rain, the higher the risk that monarchs could leave earlier.”

We went into the forest until we reached El Tepozán site. This traditional spot is located at the opposite low point to La Peña and El Mirador, the areas where monarchs had previously been roosting.

At El Tepozán, the small but beautiful colony is at a safe point uphill where it’s not possible to climb. Clusters of all sizes are exquisitely dispersed among oyamel twigs, with Monarchs’ bright orange all over. It is a sight to see for visitors.

As at El Rosario, mortality is abundant but within a normal range. Guides speak of scarce mating, but this could change quickly.

The sound of water here and there relieves concern about the drought. Sierra Chincua continues to be an inviting destination for as long as Monarchs decide to stay. 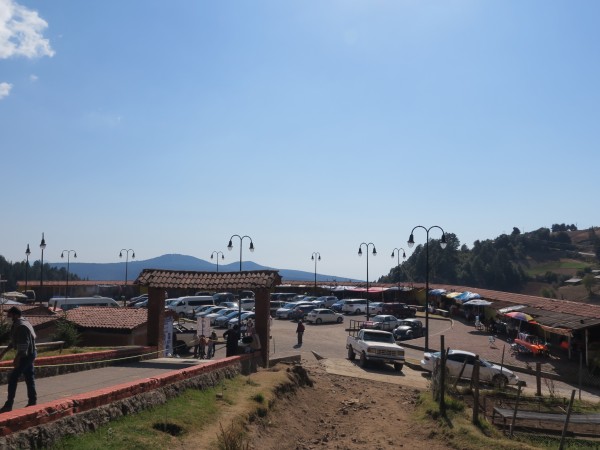 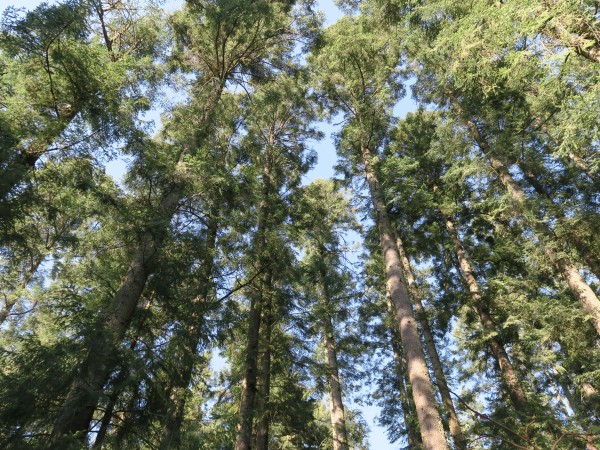 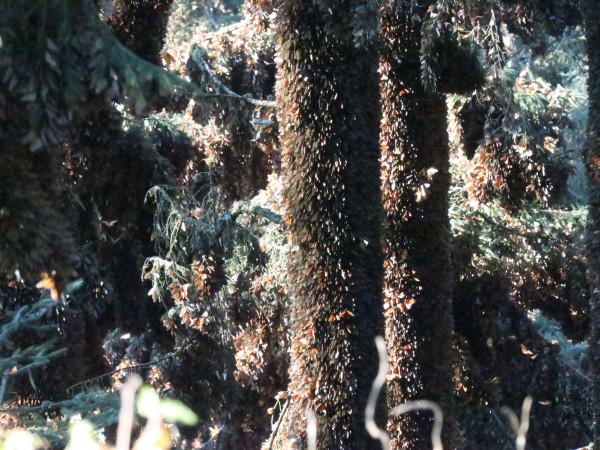 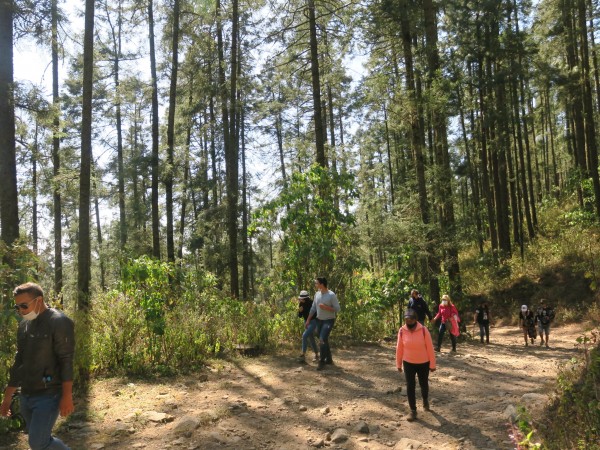 Walking Toward the Colony 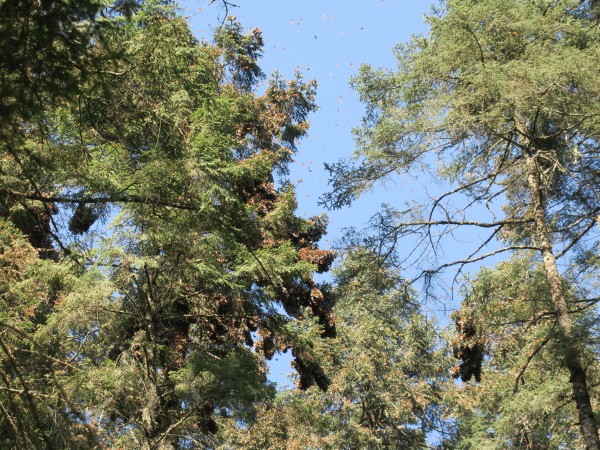 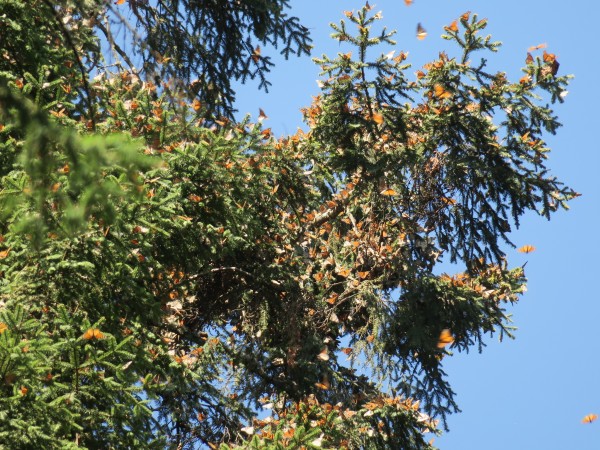