Despite Low Numbers, Hope is in the Air!

The Western monarch overwintering population is low again this year, but there is much to celebrate as well. The Xerces Society announced the results of the Western Monarch Thanksgiving count in January. The number of monarchs counted this year along the California coast came to a total of 29,418. While more sites were visited than last year, it does reflect a slight increase of 2,200 monarchs. While the number is very low again, there is also good news as well: The Western monarch population didn’t decline further. At first thought this may seem of small comfort but after the astonishing drop last year, there is hope in that monarch numbers did not continue into a downward spiral.

Monarchs are already moving from their winter homes as we can see by J’s report on February 19 in Santa Cruz, California. “J” noted, “Unable to read photo of tag.” While many people are familiar with colored circular tags used by Citizen Scientists in the West, this monarch has a number written in a wing cell: 4051 on both upper wings. Dr. John Dayton has monitored monarchs at the Lighthouse Field Butterfly Grove in Santa Cruz for many years. We’ll look forward to hearing from Dr. Dayton in future updates.

In late January, Janet spotted a monarch in Sunnyvale, California, north of Santa Cruz. “Single butterfly in front yard yesterday and today. Interesting that it’s not at the milkweed in the backyard.”

Every winter we also see monarchs reported in the southern region of California, an area where frost or a freeze is rare. Less is known about monarchs here. Many people report breeding monarchs all winter while others note a long period as an immature (larvae or pupae) compared to warmer times of year. When temperatures drop below about 52 degrees, the life cycle takes much longer.

Maize in Carlsbad, California, reported her first new monarch of 2020 on February 18. “First Monarch egg laid in 2020 to became a Monarch caterpillar in 2020, which became Chrystalis [sic] in 2020, and then finally came out of Chrystalis [sic] today into a full born Monarch butterfly. It appears it is a male with two dark dots one on either wing. Not 100% certain if it’s a male. Took low level flight returning to where varrà near where born and rested. Later, he flew off.” Maize is correct in identifying her freshly eclosed monarch as a male.

The lower deserts of Arizona and the Palm Springs area of California also see monarchs every winter in small numbers. Interestingly, both breeding and non-breeding monarchs are reported in this region every year.

While tagging monarchs helps us learn migration destination, it can also help us learn more about monarch longevity. Tom tagged AS316 at the Arizona Sonora Desert Museum in Tucson, Arizona, on November 15, 2019. Throughout the winter AS316 was seen at the Museum nectaring on flowers on warm days. Edwin was visiting the Arizona Sonora Desert Museum on February 21, 2020 and snapped a photo of AS316 and sent it in to the Southwest Monarch Study to learn when and where it was tagged. Through his report we learned that AS316 lived for at least 98 days! Since breeding monarchs live 2 to 5 weeks and he was spotted throughout the winter, we can be confident AS316 was not breeding throughout the entire winter period. Comparing the photo on the day of tagging and 98 days later, look how worn and ragged AS316’s wings are – much like we’ll see on remigrants soon.  This shows just how important Citizen Science is in helping us all learn more about monarchs! Thank you to the many people who report monarch and milkweed sightings.

When the monarch population is low in areas as dispersed as the overwintering groves along the California coast, it may be challenging for monarchs to even find each other to mate, lay eggs, and continue expanding the population during the breeding season. Every monarch you see – whether an adult, egg, larvae or pupae – is important to report and we look forward to reading your observations sent to Journey North this season! Don’t forget to report milkweed, too. Is milkweed up and ready for monarchs where you live? 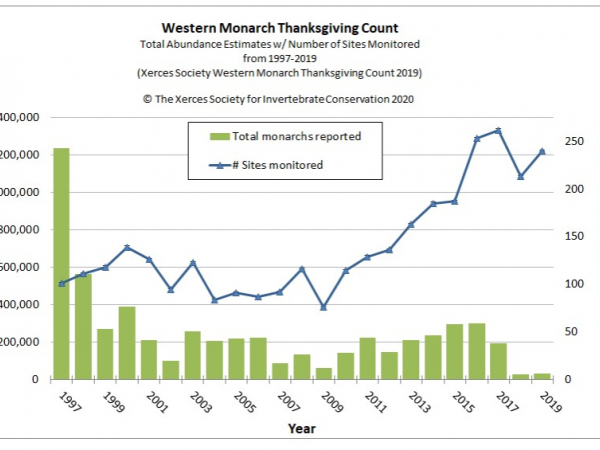 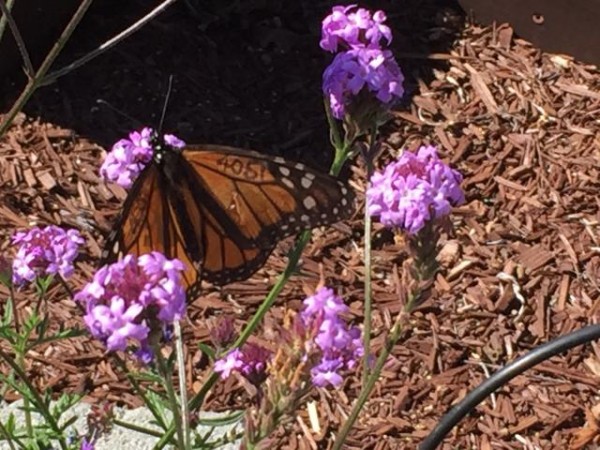 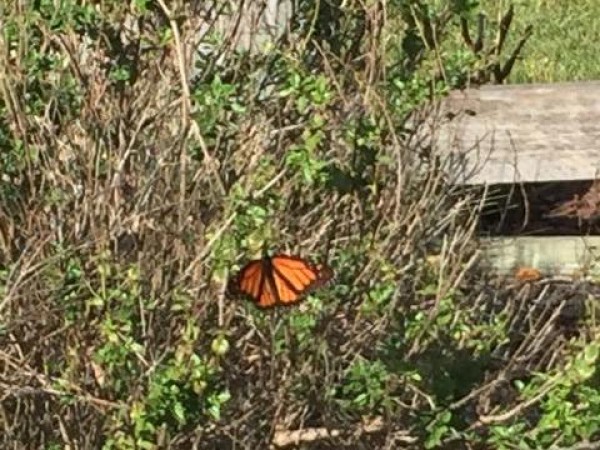 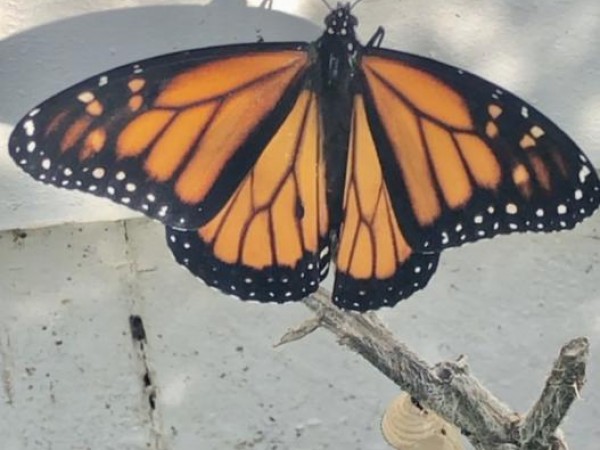 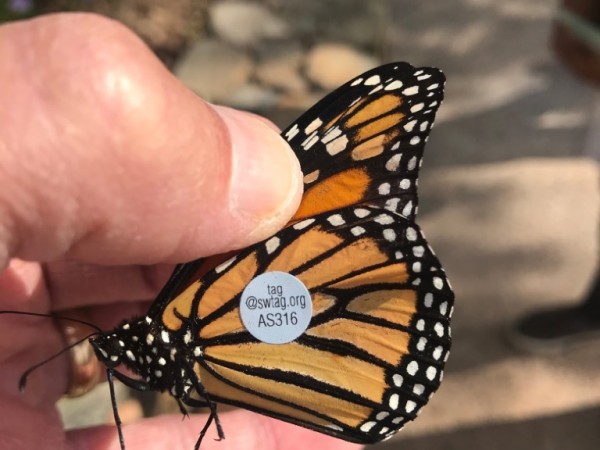 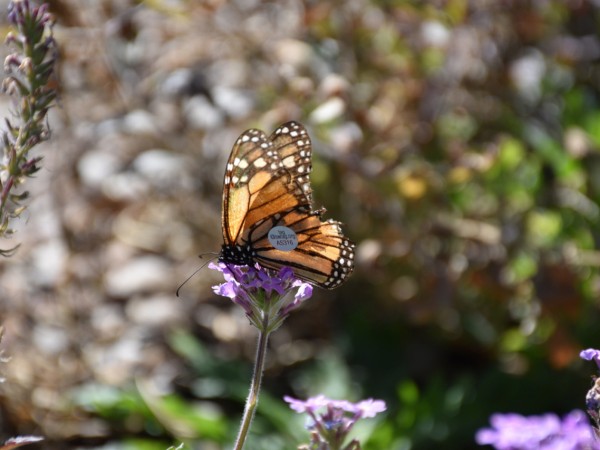