It is now mid-March. Two weeks ago monarchs left Sierra Chincua and it is now totally empty.

Contrary to this rather early departure at Sierra Chincua, the El Rosario colony that moved through Ejido Angangueo a few weeks ago is still beautifully roosting in La Salud.

It is amazing that despite the intense sun and warmth, with temperatures around 25-27 Celsius, monarchs are still overwintering here.  They are gathering on branches or in medium to large clusters on 20-30 Oyamel trees in the forest of La Salud.

And how about mating? Ha, ha, ha! Just as we described last week, you have to really watch your step every 30 centimeters because there are so many mating monarchs. This speaks to a healthy population that knows when it is actually time to leave and decides to conceive a portion of the first generation here!

At the new roosting spot this year, community members from La Salud greet visitors and assist as guides. They also sell souvenirs or act as horse handlers and take visitors into the colony. This gives them a temporary additional income for their families.

A La Salud community member and guide said: “We doubted Monarch butterflies could stay until now since it is so sunny and warm during the day. We are surprised they are still roosting together so wonderfully. We have noticed the monarchs come down here at the end of the season because our forest is lower in altitude, more dense, fresher, and the creeks carry sufficient freshwater. We wish we could officially be considered a Sanctuary too. Years before at the same time, monarchs settled at Río Grande before departing. Now they have moved on a little more north. Of course we invite visitors to come and see the colony. The fact that monarchs settle in our forests is a sign that we have a healthy natural reserve within our Ejido. It is something to be proud of.

The latest departure dates registered in previous seasons have been March 25 and even April 4-6. We all pay close attention to these dates now.

Our local communities are all attentive to the impending departure. It could be a gradual, calm departure or perhaps a sudden, massive one. And it could be any day now. It always occurs in the daytime and never at night.

Dear Northern friends, do not move, keep watching! The first few monarchs have already arrived in Texas. This is the start of the wonderful and massive journey north! 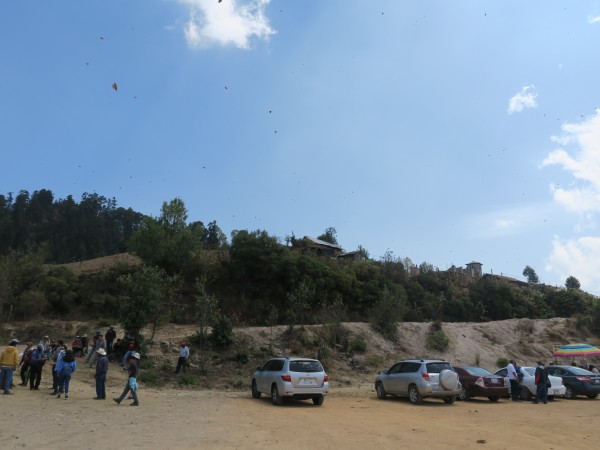 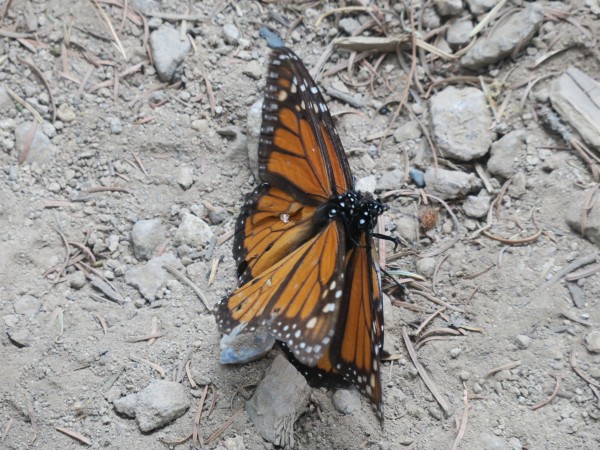 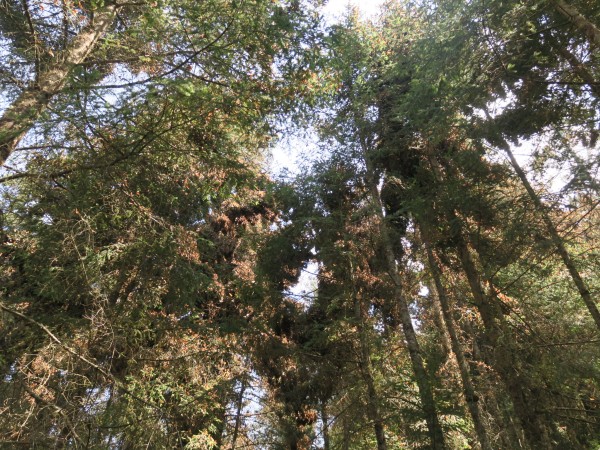 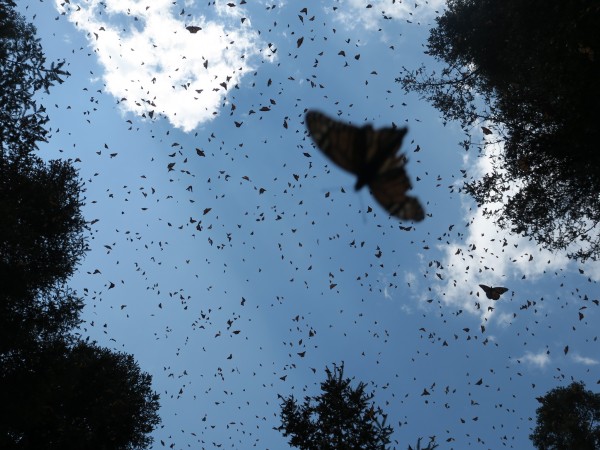