Suzie spotted one monarch in Central Point, Oregon on September 17. “Monarch was flying near the Rogue River on private land near Lower Table Rock. It was nectaring on invasive star thistle.

Martina found monarchs in Ogden, Utah on September 23. One was a fresh and new looking male.  “2 Monarch sightings throughout the day.

Mary in Yuba City, California saw one monarch on September 26. “Adult Monarch, first one this year.”

Monarchs leave the greater Phoenix area in Arizona early every summer as temperatures climb to 100 degrees and more. We eagerly await their return in Fall. Della saw the first monarch of the season this year in Arcadia, Arizona, on September 16. “Saw this Monarch on 9/16/20 at 9:25am in my backyard in Arcadia, Phoenix. He/she stopped on a Mexican Bush Sage, a Red Bird of Paradise briefly and then floated away toward the south west. It looked in good condition but I could not see if it was a male or female.”

A cool find! Catherine arrived home in Prescott, Arizona on September 27 and found 2 male monarchs in her yard. “Feeding on butterfly bush and tithonia - both males”

Rafting down the Green River

Luis Garcia is an intern at Dinosaur National Monument in Vernal, Utah. Earlier this month a cadre of

observers rafted down the Green River looking for migrating monarchs and were hoping to tag them on their way. Instead they were surprised by what they found. Here’s his report:

“On September 11-13th, a team of National Park Service staff, volunteers, and myself as the LHIP Science Communications and Resource Monitoring intern surveyed the Green River for Monarch butterflies at all life stages. We floated from the Gates of Lodore (River Mille 243) to Split Mountain Boat Ramp ( River Mile 200). The survey was completed with 15 [monarch] instars in various stages, 15 eggs, and no adult monarchs. Monarchs in any of these life stages were last found at river mile 240. The survey began at the end of a major storm that brought winds of 50+ mph, below freezing temperatures along with snow and rain. On the 11th the weather began to clear up and temperatures rose steadily with an average of 75° until the end of the trip. Milkweed was spotted consistently from Gates of Lodore to Split Mountain; it did become patchy in areas like Echo Park, Whirlpool Canyon, and Split Mountain. However, there were not many plants in bloom with sporadic and few nectar sources along the river. The predominant nectar sources were rabbitbrush, goldenrod, and purple species of Asters. Several of the Milkweed showed signs of predation and even stem cutting that’s associated with 5th instars. As well some empty chrysalis and empty eggs were found below river mile 240.” The team plans to return next year and try again!

Monarchs are on their way

This week temperatures will warm as monarchs continue to move towards their overwintering destinations. Remember to take your camera when you are traveling or on a hike or even in your own backyard. Thank you for reporting all your observations – every sighting helps all of us see the bigger picture of monarchs in the West. Submit your observations to Journey North – we look forward to hearing from you! 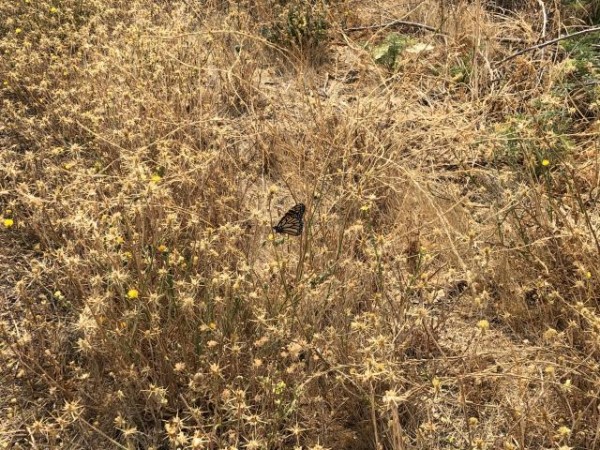 Near the Rogue River

Central Point, OR
Photo by: Suzie 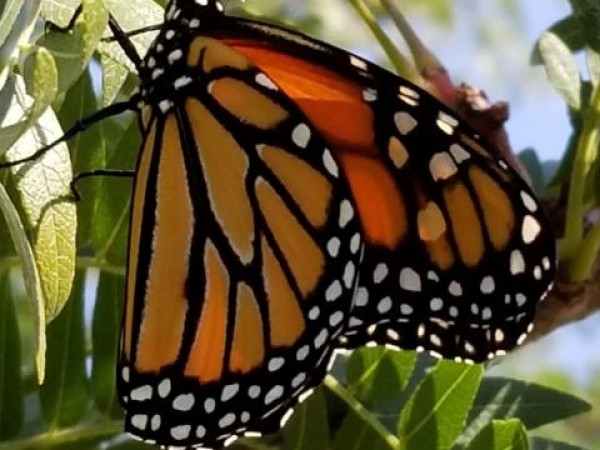 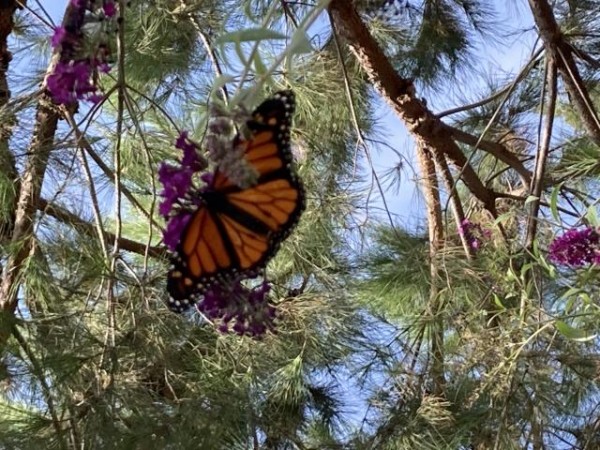 First One of the Year 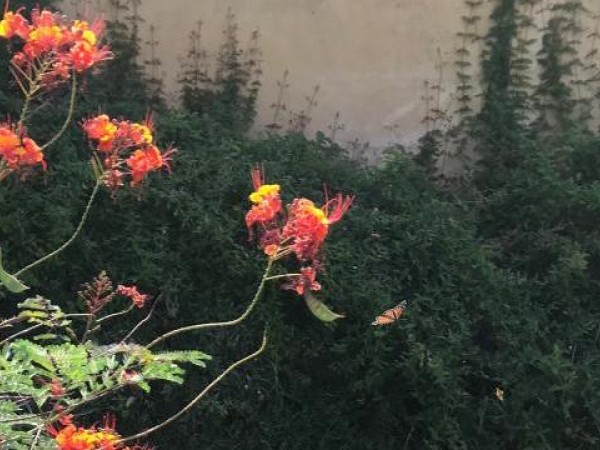 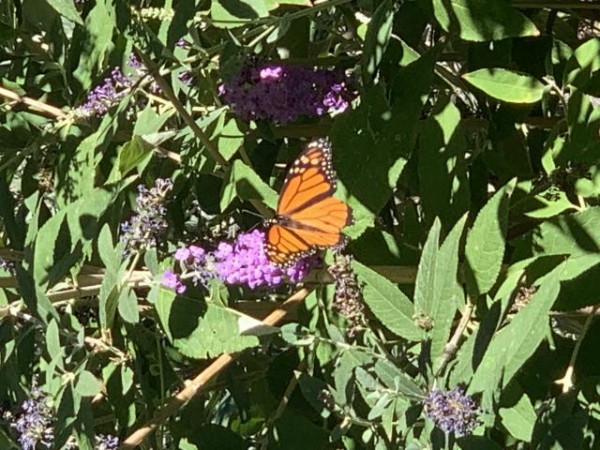 Feeding on Butterfly Bush and Tithonia 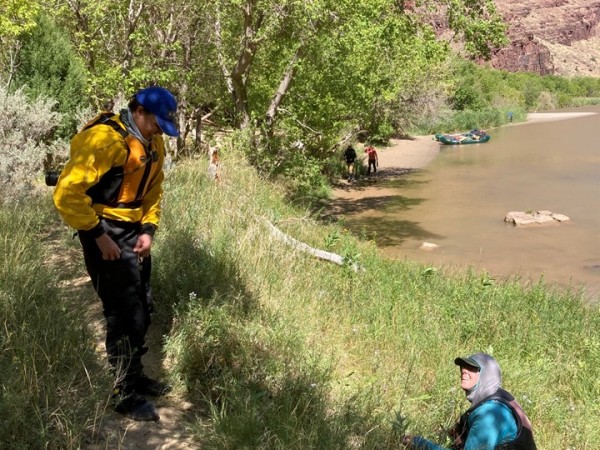 In Search Along The Green River