After having visited Los Orcones colony in El Rosario Sanctuary last week, this week we visited another site with our guide, Sergio, grandson to an Ejidatario family. Sergio took us to one of the four colonies he thought monarchs could be seen settling in for the winter months.

We started our delightful walk under a bright sunny and warm day to reach the Los Letreros colony, a traditional location occupied by monarchs year-after-year.

We observed large numbers of butterflies moving about. Some were sun-bathing, while others were drinking water seemingly anywhere they could find a wet spot, be it a pond, creek, or small pool. Seeing so many thirsty monarchs made us feel as if it were a day in February at the Sanctuaries, at the end of the overwintering season and the beginning of mating and the spring migration.

These behaviors deserve closer observations over the coming weeks.

We did notice that a number of butterflies seemed to be smaller than average in size with wings faded and some with tattered wings.

After a nearly 40 minute walk, Los Letreros colony appeared right near the main pathway, rather easily seen behind some bright green and well grown canopy.

My guide and I stood stunned at encountering this marvel. As if in a trance, my hands grabbed my camera to capture the image. We hardly wanted to blink for seeing such a colony only at the beginning of November, and just at the start of the season.

Sergio noted: “We could see a similar arrival in season 2019-2020, however, we cannot yet say whether this winter will be very similar in population density, or even slightly higher. Still rather early to say anything”.

The next day, I rushed to Sierra Chincua Sanctuary to confirm numbers there. Was it to be the same as at El Rosario?

While tourism seems unstoppable and souvenirs and restaurants full, the main goal was to reach the colony.

It took us 40 minutes to reach the El Zacatonal colony location. Monarchs had arrived in large numbers. Monarchs here have occupied a wonderfully massive area as in El Rosario, with an average of 100 Oyamel trees. We could see a number of scattered and smaller clusters, most showing a similar density to what we had observed at Los Letreros colong roosting in El Rosario Sanctuary.

Observers along the last segment of the migration corridor announced that there are still Monarchs on their way to their hibernating spots. It could take a couple of more weeks for all to arrive. At that time, a count will take place. We shall patiently await to make sure we are actually seeing a great season for monarchs at their overwintering home. 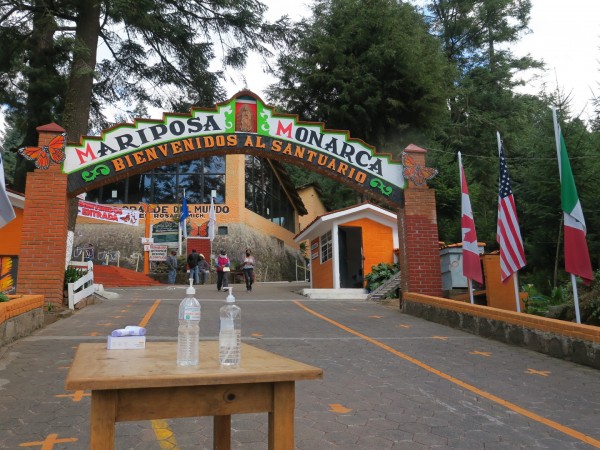 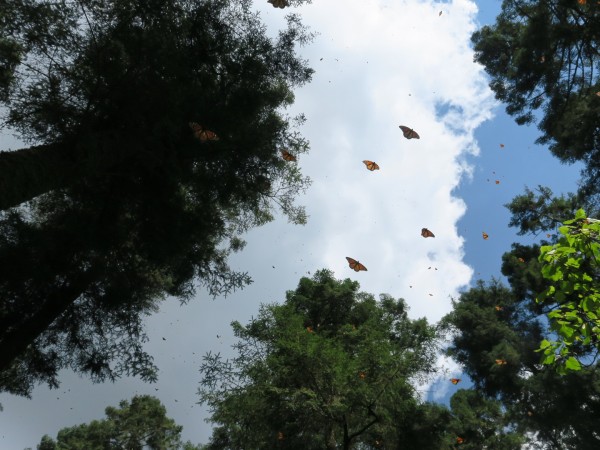 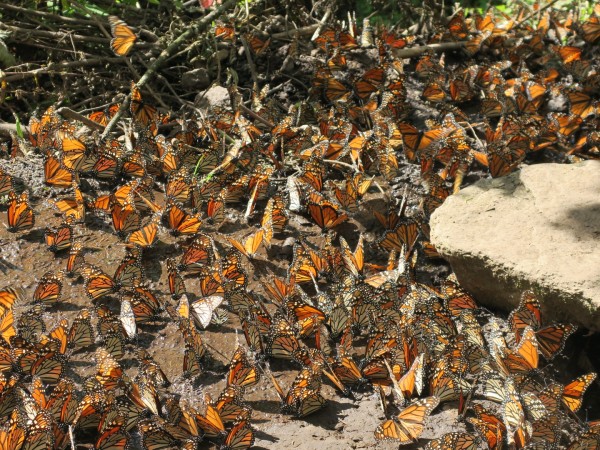 A Blur of Orange 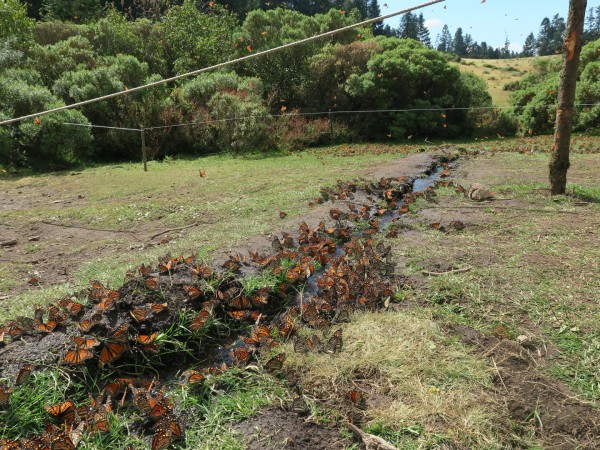 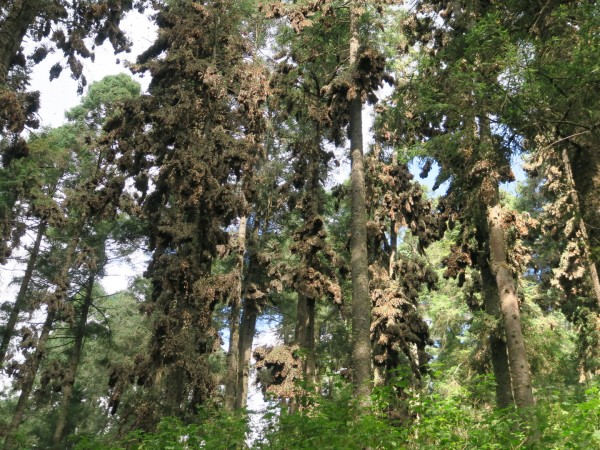 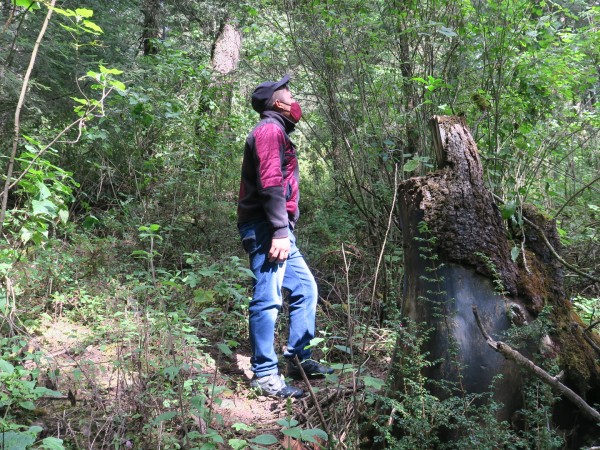 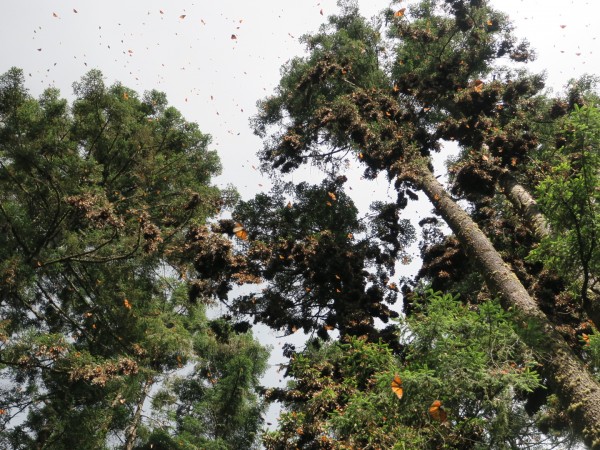 Filling the Trees and Sky 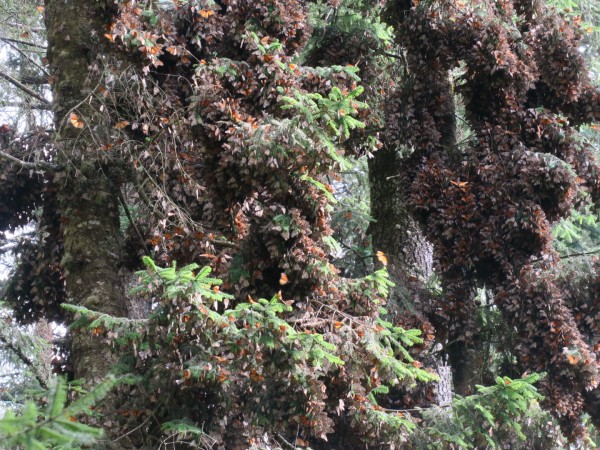