On the Nectar Trail

Fall begins next week and monarch migration is well underway as reports of nectaring, flying, and roosting continue to come in.

For the eastern population of monarchs, fall roosts are being reported around 40-41°N in the Midwest and Northeastern U.S. Peak migration events are occurring in similar locations, although there are still reports farther north.

Donald A. in Port Hope, ON: “Clearly this is the peak of the migration along the north shore of Lake Ontario west of the Municipality of Port Hope. In this cover field, just north of the shore of Lake Ontario, I captured 282 monarchs on Saturday to tag and another 240 monarchs on Sunday, September 12th. In town, monarchs were soaring high and flying west over the town, dropping down to nectar on the buddleia in the garden. Obvious migratory flight. Hundreds and hundreds of monarchs were stopping to feed in this huge clover field.” (09/12/2021)

Jan in Cedar Bluffs, NE: “Counted 52 around dusk. it is after noon here and there are still a few in a small group still hanging out, they usually fly off as the sun warms them up.” (09/13/2021)

For the western population of monarchs, an uptick in nectaring activity is being noted by Journey North citizen scientists in the Southwest and up through the Bay Area in California.

Joyce in Mountain View, CA: “Seeing more monarchs in our garden now, all males. In this picture I was taking a picture of a bee when a Monarch flew into the shot to steal the show.” (09/12/2021)

High numbers of eggs and larvae were observed in the southern U.S. Farther north, Journey North citizen scientists noted late season larvae and deteriorating milkweed. Reports of fall roosts and peak migration were largely concentrated in southern Ontario and the Upper Midwest and Great Lakes. But activity also increased along the Eastern Flyway in the Northeastern U.S. And intense nectaring was widely reported as monarchs are getting ready for a long journey and building the lipid reserves they’ll need for overwintering.

Monarchs that are freshly eclosing now will become part of the migrating generation, especially in the Northwest. Flowers are now the main passion of these monarchs as they nectar to gain lipids to sustain their long and arduous flight. Milkweed in bloom will still be a favorite nectar source but the new fall blooming nectar resources will soon grab their attention. Migrating monarchs are not breeding so they live through the winter months. Some breeders will still be embedded in their numbers but they will live out their shorter 3 to 6 week lifespan giving rise to the migration generation. Reports arriving from throughout the West are of more monarchs than last year at this time but we won’t know the full numbers until the counts are conducted in November.

Back to School: GIS and Monarch Migration Data

This past spring, Sarah Downing, a recent graduate of Marian University in Indianapolis, utilized Journey North datasets for a Geographic Information Systems (GIS) research project. Dr. Zach Sylvain, an assistant professor of Biology, taught the GIS course and encouraged students to answer a research question based on publicly available data. Sarah’s project examined Journey North first sighted adult monarchs, monarch eggs, and milkweed data from 2004–2019 to see if there were any noticeable changes in the timing, and compared those datasets with predicted climate change patterns. This collaboration is a great example of how Journey North can boost data literacy and inspire the next generation of scientists.

Other butterfly species such as American snout, viceroy, queen and painted lady can resemble monarchs from a distance. Identification isn’t always easy – especially when butterflies are flying – so be sure to review what distinguishes monarchs from look–alikes.

When you observe monarchs, we want to know. Keep reporting until you see your last monarchs of the fall migration season. 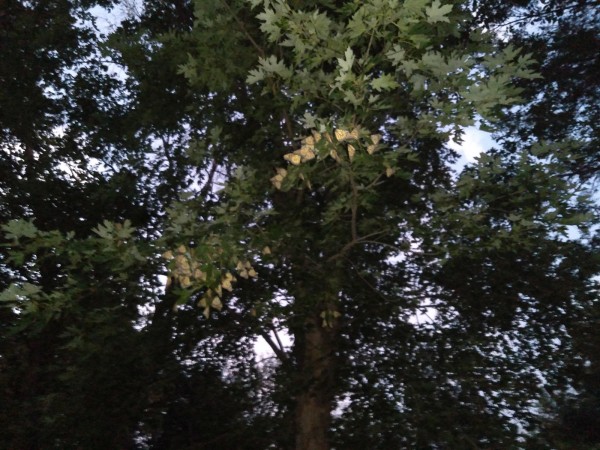 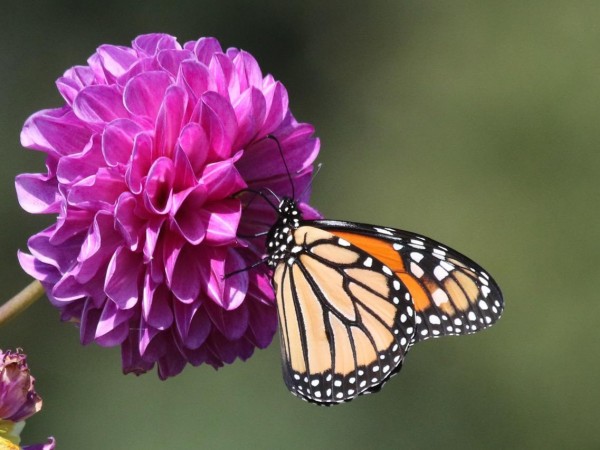 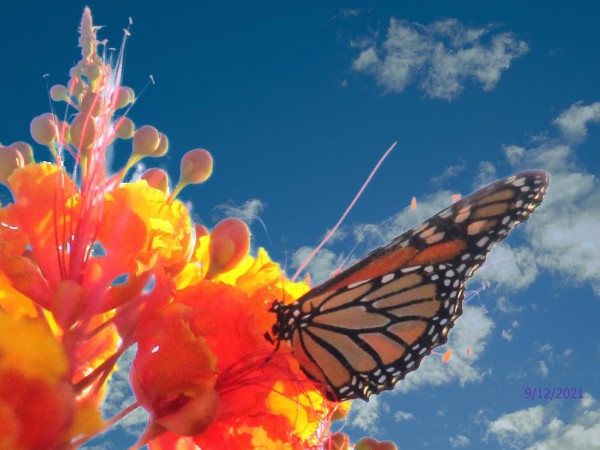 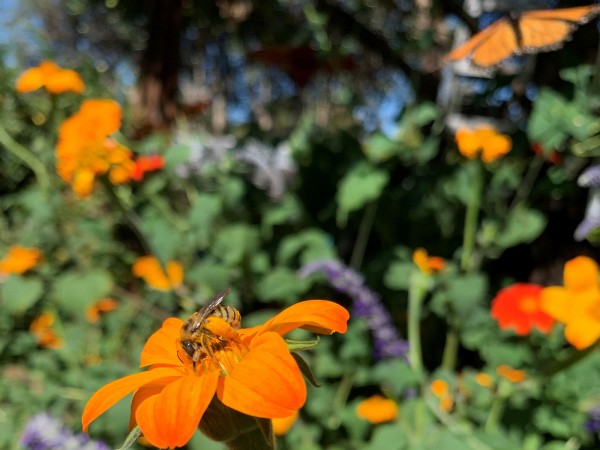 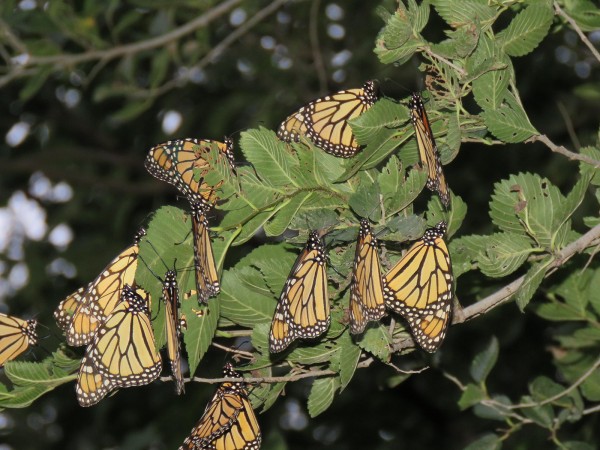 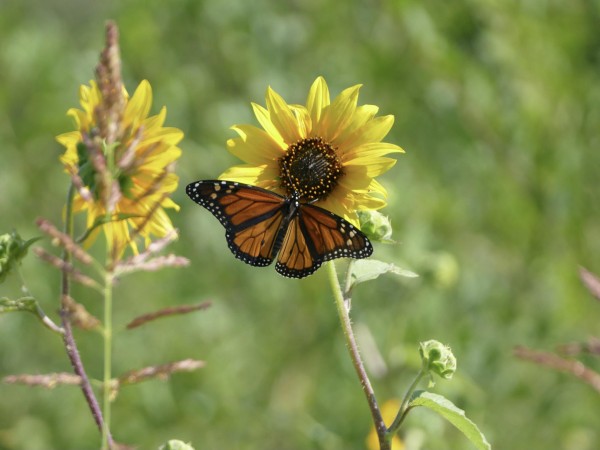 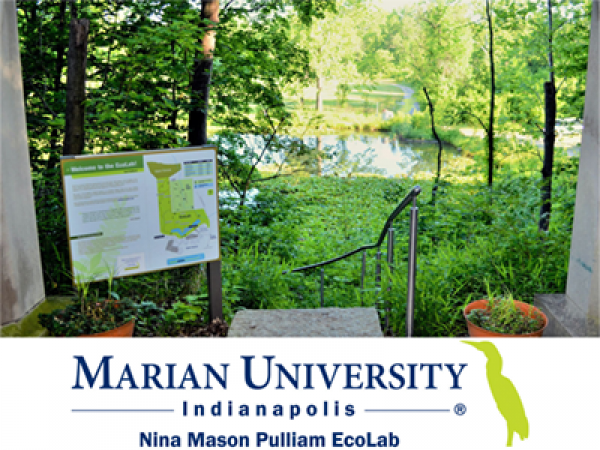 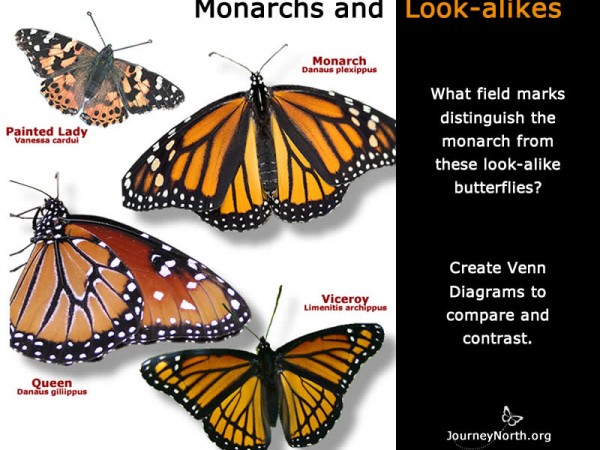 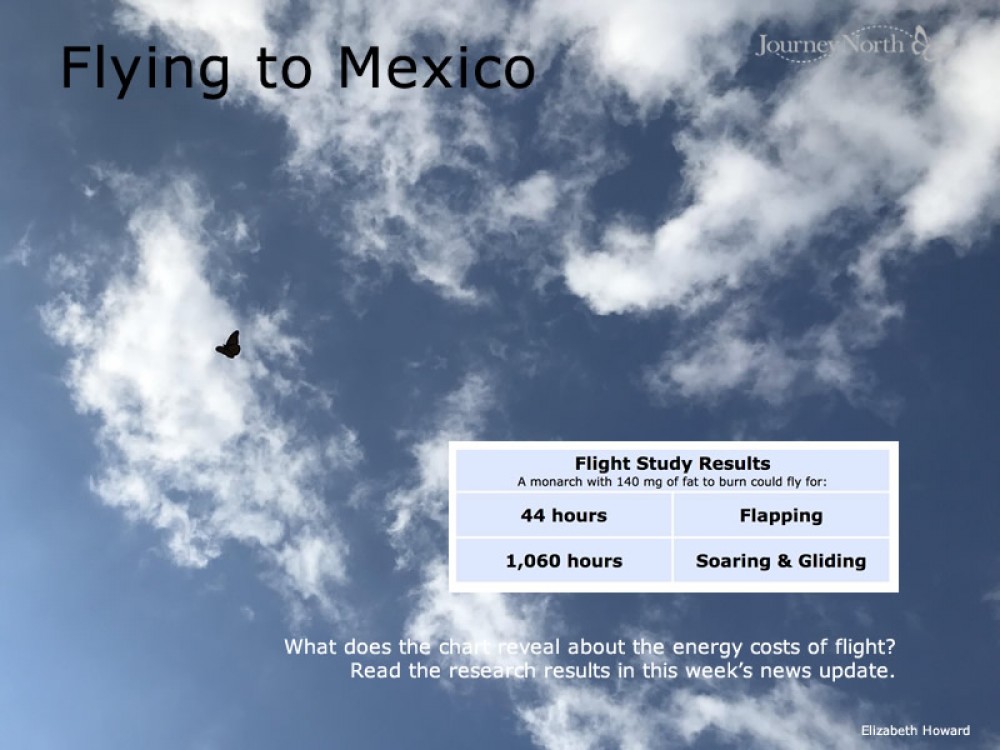